LAS VEGAS, Nevada –  It’s springtime in the desert, and that means it’s time for many radio and TV folks from across NERW-land and far beyond to gather for the annual NAB Show. We’ll be out here all week, bringing you regular updates here on fybush.com as well as on our Facebook, Twitter and Instagram feeds and over at those of Radio World. We’ll be following some big story threads: a brewing controversy about whether the methods used for PPM ratings encoding unfairly penalizes news and talk stations, the FCC’s slow march toward TV spectrum repacking and (maybe) new rules for the AM band, all the latest new gear from the show floor, and much more. (You can also see me as a guest on “This Week in Radio Tech,” live from Las Vegas on Thursday at 6 PM ET/3 PM PT.) 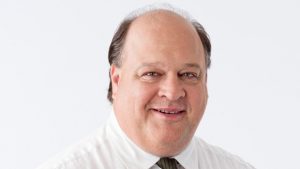 Back home in the Northeast, though, it was a busy week indeed in the industry, with new formats in Pennsylvania and more. Before we get to those stories, we start in Boston, where our old colleagues at WBZ (1030) lost a valued colleague last week and prepared for the departure of another.

Mark Katic, who died Friday after a battle with cancer, came to WBZ in 1999 as a sports reporter after working in RHODE ISLAND at WHJJ (920 Providence). After two years on the sports desk, Katic moved to news, and for a decade and a half became an important part of the WBZ newsroom as both a reporter and an anchor, winning several AP and Murrow awards for his work. Katic had been out of the newsroom for several months as his health declined.

Just a few days before Katic’s death, there was another big piece of news from Soldiers Field Road: after 36 years at WBZ, afternoon anchor Anthony Silva will retire in June as he gets ready to turn 65. This is one of those stories your editor can’t be impartial about – in the 1990s, I had the privilege of writing for Anthony and his on-air partner Diane Stern on the WBZ Afternoon News, and there are few as professional as they are in the industry. 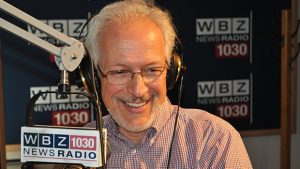 Silva came to WBZ in 1979 after a career that included stops at WMLO (1570 Beverly), where he started at age 15 by buying two hours a week to program “The Folk Review” on Sunday afternoons. He was later hired by WMLO and then at WNBP in Newburyport and at Boston’s WEZE and WMEX. As news director at WMEX, he hired a young Diane Stern, beginning a radio partnership that’s continued for many decades.

After a few years outside the radio business, Silva joined WBZ as the replacement for Susan Wornick. Silva’s afternoon shift was the first incarnation of news radio on WBZ, starting as “60 to 6,” then “90 to 6,” and eventually expanding to four and then finally five hours of the station’s all-news wheel once it started in 1991. Along the way, he picked up the business beat, producing and hosting business reports that also air in morning drive and hosting the “Business Breakfast” at which he interviewed prominent local business leaders.

We asked Silva about his favorite memories, and he recalled: “Providing play by play for WBZ, ABC and Armed Forces Radio around the world for the Papal Mass on Boston Common in the driving rain! I was called into action when another reporter got sick. Anchoring breaking news from 9-11 to the Boston Marathon bombing week, for which we got a Peabody Award. Traveling and reporting from Hanoi, New Orleans after Katrina, where I joined a crew rebuilding houses. And reporting from the chopper for the Marathon.”

Retirement will allow Silva to pursue his many other interests, including folk music (he was a founder of the Me & Thee coffeehouse in Marblehead), sailing and family. We wish him all the best on his next chapter!

The 2016 edition is due to come back from the printer in just a few days, and it’s ready for you to order!

But until the printer actually hands it over, we’re offering both the regular and limited editions at a discount price, and one lucky winner might get a calendar for free.

Go to the bottom of the column for details.

*The week’s big format changes came from eastern PENNSYLVANIA, where both CBS Radio and Entercom were spinning the wheel on Friday.

In the Wilkes-Barre/Scranton market, an overcrowded field of sports signals (most recently the addition of CBS Sports Radio on Cumulus’ WARM 590) pushed Entercom’s WHBS (102.3 Pittston) out of the format. The “Sports Hub” began stunting with a nonstop countdown on Tuesday, and at 7 AM Friday it flipped to rock-AC (with an 80s lean) as “Max 102.” The new station is jockless so far, and new calls WMQX are on the way. (Those calls have a history with Entercom, which used them for many years in Winston-Salem/Greensboro, at an oldies station best known as the last radio stop of Jackson Armstrong.) 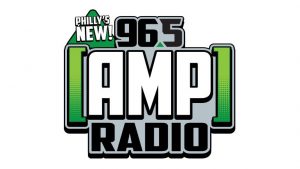 In Philadelphia, CBS Radio pulled the trigger Friday afternoon at 5 on the long-expected format segue of top-40 “Wired” (WRDW-FM 96.5) to its own “AMP” top-40 brand. The core of the “Wired” airstaff under former owner Beasley, morning host Chunky and afternoon host/PD Buster Satterfield, exited the station earlier in the week; replacing Sattterfield in the PD chair is Bobby Smith, who’d been working for CBS in Orlando and had previously been part of the airstaff at the old WXXM (Max 95.7) in Philadelphia.

Also in Philadelphia, the new HD-fed translator signal on 97.1 has indeed rebranded: since iHeart’s WIOQ has long owned the “Q” brand, the Spanish-language signal (W246AQ 97.1 and WPEN 97.5-HD3) that was to have been “Super Q” will instead be “Supra FM” when it launches.

In Pittsburgh, Salem has reserved the calls WPGP once it closes on the purchase of Radio Disney’s WDDZ (1250). The former WCAE/WTAE/WEAE will use Salem’s “Answer” talk format, and the calls are a clue that Salem hopes to pick up some of the audience that scattered when iHeart flipped WPGB (104.7) from talk to country last year.

*Radio People on the Move in CONNECTICUT: Connoisseur’s WEZN (Star 99.9) in Bridgeport has hired Jay Raven, late of WCCC-FM (106.9 Hartford), as the new co-host alongside Anna Zap on the “Anna and Raven” morning show, which launches next Monday. Over at Connoisseur’s WDRC-FM (102.9) and the WDRC AM stations in Hartford, Gary Kurtz is the new sales manager. Kurtz was a general manager at WFNX in the Boston market and has also worked for Entercom and CBS Radio in Boston and for Cumulus in Worcester. 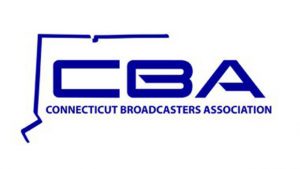 *Across Long Island Sound, Nutmeg State broadcaster John Fuller might be one step closer to adding two more FM signals to his empire. He asked the FCC to allocate two more FM channels to the East End, 94.5A in Sagaponack and 103.3A in Shelter Island – and last week, the Commission added those channels to its allotment table. That, of course, is just the first step in a long process that will lead to an eventual auction of those frequencies, which could take years.

(As an example, consider the FCC’s FM Auction 98, due to start in July: while it’s full of new channels in remote parts of Texas and California, it also includes a pair of New England class A signals that had been in previous auctions, only to have the winning bidder default. This time around, both 97.3 in Jefferson, NEW HAMPSHIRE and 105.9 in Hardwick, VERMONT will have a $35,000 starting bid. There’s a $25,000 starting bid on 100.9A in Westfield, New York, the channel that will open up east of Erie once Connoisseur finishes moving WRKT in North East from 100.9 to 104.9.)

*In New York’s Mohawk Valley, Northeast Gospel Broadcasting’s WVVC-FM (88.1 Dolgeville) has filed for a big move: it wants to relocate from its current site in Caroga Lake, up in the Adirondack foothills, southward to the WKTV (Channel 2) tower in Middleville, near Herkimer. WVVC-FM would trade its current 11 kW power for just 150 watts from the WKTV site, but it would go from 102′ to 676′ above average terrain, picking up new coverage of a wide area east of Utica.

In the Hudson Valley, “J Will” is the new PD for iHeart’s WPKF (96.1 Kiss FM) and WBWZ (Rock 93.3). J Will, whose real name is Jaleel Williams, comes from WAJZ (96.3) in the Albany market, where he was doing mornings until late last year (and where he’s the son of longtime programmer Ron “Sugar Bear” Williams). At iHeart, Williams replaces Sammy Suarez, who left for Charleston for family reasons last year, and he’ll also be on the air in afternoon drive on Kiss.

That 19-inning, seven-hour Yankees/Red Sox marathon Friday night/Saturday morning created some headaches for broadcasters: on the TV side, WPIX (Channel 11), carrying the YES Network-produced coverage, simply ran out of commercials as the game plodded past 1 AM into a time when WPIX would have been running infomercials. For the last inning of the game, WPIX simply showed a shot of the field at Yankee Stadium where the ads would have been. On radio, we hear several Sox affiliates ended up carrying overnight programming from flagship WEEI-FM in Boston after the game ended (with, we’d note, a Sox win!) 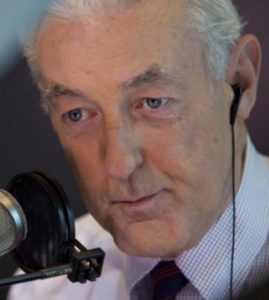 We’re sorry to report the death of Ken Prewitt, the longtime morning host at Bloomberg Radio in New York. Prewitt came to New York from Cleveland in 1981 to work for Wall Street Journal Radio, then went on to TV jobs at CBS and ABC before joining Bloomberg in 2005. Prewitt went on medical leave from Bloomberg in 2013 after being diagnosed with brain cancer; he was 68 when he died Saturday at home in Manhattan.

One of the more interesting LPFM signals in the initial batch that signed on in the early 2000s in upstate New York was WKEG-LP (104.7 Limestone), which operated from Rock’n Rick’s bar and nightclub right on the Pennsylvania line along US 219. The FM station was one of many projects from bar owner Rick Pecora, who died Wednesday at age 45 from cancer. Pecora also served as a councilman for the town of Carrollton, and he’d recently reopened the former Rock’n Rick’s as “Chef Michael’s Speed Trap Restaurant,” named for his long-running battle to get more 40 MPH speed limit signs posted on the highway, which was a frequent target for ticket-writing police.

*It was a quiet week in CANADA, at least on the radio side.

In southwest Ontario, “Chatham-Kent” was just plain “Chatham” when George Brooks started at CFCO (630) way back in 1976. The Chatham native shared his battle against cancer with his radio family, and he’s taking a well-deserved retirement that started after his final show Friday. Brooks also worked at the old CKAR (630) in Huntsville and CHEX (980) in Peterborough before joining CFCO. Most recently, he was doing middays at the Blackburn-owned station.

Does the Toronto area need another ethnic AM signal? The CRTC will consider that question at a June 12 hearing, at which Neeti P. Ray, Radio Humsafar and Ravinder Singh Pannu will present their plans to use 1350 AM in Brampton for programming that would target a South Asian audience. Each application calls for 1000 watts by day and between 38 and 55 watts at night, non-directional.