TUESDAY MORNING UPDATE: WRKO is losing Rush Limbaugh – again. After having the syndicated host get pulled away when then-Clear Channel launched “Rush Radio” WXKS (1200), only to return three years ago when that rival talker failed, Premiere Radio Networks now says it can’t come to terms with Entercom on a renewal, and so it will seek another home for Limbaugh this summer. Who’ll end up with Rush in Boston? The odds would seem to favor WMEX (1510), though that barely-third-tier talker is hardly a prestigious spot for the nation’s most prominent conservative radio talk host. More next week…

A programming note: we’ll be doing some family traveling in the next few weeks, so NERW may appear on Tuesdays instead of Mondays (or later on Mondays) from time to time. Sign up for our free mailing list to get immediate notification when a new article is published – and don’t forget to follow us on Facebook and Twitter (and our content partner, RadioInsight, too) for frequent news updates! 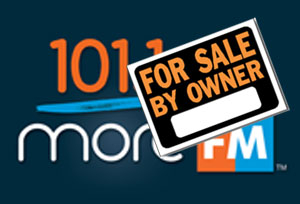 *The news last week of a change of control at Philadelphia’s WBEB (101.1 More FM) was no surprise to anyone who’s been following NERW or other industry sources for the last few months. As we reported, for instance, back in March:

When (half-owner Jerry) Lee’s longtime business partner Dave Kurtz died in 2005. Lee bought out his interest in the station, paying $85 million for half the station, which valued the whole thing at $170 million. That number looks awfully high in retrospect, doesn’t it, especially when $22 million of that was financed at over 10% interest?

After a tentative sale earlier this year fell through, Lee’s creditors have now taken control of the station by restructuring the board of Jerry Lee, LLC, the licensee: Zell Credit Opportunities Fund now has three of the five seats on the board, giving it the power to outvote Lee himself – and almost certainly to ready WBEB for another try at a sale so it can recover at least part of what Lee still owes.

So the big question (and, eventually, the big news) will be: who’s in line to be the next owner of what’s long been one of the country’s biggest and most successful standalone stations?

Start by ruling out iHeart Media: with five FMs already in its Philadelphia portfolio, it has no space under the ownership cap to add a sixth. By itself, CBS Radio’s cluster of four FMs and two AMs wouldn’t be capped – but adding in the two TV stations (KYW-TV and WPSG) owned by CBS takes them to the cap as well, at least until the spectrum auction and possible sale of the WPSG license. Having just recently exited FM in Philadelphia, it’s unlikely Beasley would turn around and add WBEB to its three AMs, though it would give the company an AC monopoly alongside its WJBR (99.5) in Wilmington, Delaware, which puts a strong signal into much of Philadelphia. It’s even less likely that Radio One would have the money to buy WBEB to get a fourth FM in town, especially since it wouldn’t likely keep the AC format if it did.

Among existing cluster owners in or near the market, then, that leaves two viable possibilities. With four FMs (rock WMMR, adult hits WBEN-FM, sports WPEN and classic rock WMGK), Greater Media has space under the cap for WBEB, a nice demographic hole that an AC format could fill in a lineup that’s otherwise very male-leaning – and lots of in-house experience in running successful ACs such as Boston’s WMJX. Then there’s Connoisseur Media, which has been on a big expansion kick in the last few years, including the Nassau acquisition that gave it signals in several adjacent markets to Philadelphia including the Lehigh Valley and Trenton, where its WPST (94.5) already more than rimshots Philly.

There’s also EMF Broadcasting, which already acquired one big Philly signal not long ago in the form of WKVP (106.9 Camden NJ), the former Merlin-owned WWIQ. Would it move Air 1 to 106.9 and install its flagship K-Love on the even bigger 101.1 signal?

Outside the market, there are only a few players big enough right now to take on what’s still likely to be at least a $40-50 million purchase. Larry Wilson’s Alpha group has been on a buying spree in recent months (including this week’s pickup of Morris Communications’ radio stations), though not in markets quite as big as Philadelphia. A WBEB purchase would signal that Alpha is ready to play in the biggest of the big leagues, especially with Wilson rumored to be considering an IPO. There’s Entercom, of course, which is based in the Philadelphia market but doesn’t own anything there. Would the company settle for a standalone FM just to be able to have a hometown flagship? Or could WBEB end up as a chip in a larger deal involving Entercom’s long-delayed acquisition of Lincoln Financial’s Miami and Denver stations – and then, perhaps, some trades involving CBS and Alpha?

The 2016 edition is due to come back from the printer in just a few days, and it’s ready for you to order!

But until the printer actually hands it over, we’re offering both the regular and limited editions at a discount price, and one lucky winner might get a calendar for free.

Go to the bottom of the column for details. 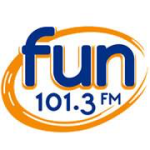 *WBEB’s change of control wasn’t the only move on that part of the dial in eastern PENNSYLVANIA. Over in Lancaster, Hall relaunched WROZ (101.3 Lancaster) on Thursday at noon, dumping its “Rose” moniker after more than two decades to become “Fun 101.3,” with a little newer music and a slightly harder edge.

*Why didn’t Jim Quinn take his longtime on-air partner, Rose Tennant, to his new syndicated show? We know now that the answer is “The Answer” – as in, Tennant’s new gig at Salem’s WPGP (1250 Pittsburgh), which launched late last Tuesday night to replace the former Radio Disney WDDZ. 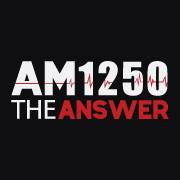 It didn’t take the WQEW callsign long to land again along the Northeast Corridor: after two decades on 1560 in New York, “WQEW-LP” is now attached to one of the shared-time 98.5 construction permits in Philadelphia, this one belonging to the Greater Philadelphia Asian Cultural Center, Ltd.

*In central NEW YORK, the name Joe Galuski was synonymous with “morning radio” for most of the last two decades. Galuski, who died Thursday after a lengthy fight with non-Hodgkins lymphoma, came from Buffalo’s WGR (550) to Syracuse’s WSYR (570) in 1988 and moved to mornings in 1998, becoming an institution in the community. He’d been off the air since last fall, with co-hosts Mark Wainwright and Joe Kilpatrick officially on the roster as “fill-ins” while WSYR and the region hoped for his recovery. Sadly, he took a turn for the worse just after his family posted a GoFundMe campaign to help pay for his treatment last week. Galuski was 64.

Another chapter in the long, sad story of Robert Pfuntner’s Pembrook Pines bankruptcy is closing. Bankruptcy receiver Richard Foreman oversaw the sale of Pfuntner’s Elmira stations to Gordy Ichikawa’s Tower Broadcasting LLC a few months ago (after several false starts), and now Ichikawa is adding Pfuntner’s AM/FM combo in Bath to his new cluster. Tower will pay $375,000 for class A WVIN (98.3 Bath), which does AC as “V98,” and sports-talk WABH (1380 Bath), acquiring the stations’ tower sites as well as their licenses. Pfuntner, who once had an extensive chain of stations across the Southern Tier and Finger Lakes, is now down to just one station, WQRW (93.5 Wellsville).

Over in Ithaca, the FCC has once again ruled against the FLAIM group that’s spearheaded a series of challenges to Saga’s mammoth cluster of stations. FLAIM (Finger Lakes Alliance for Independent Media) argued that even though Saga was acting within the letter of the law when it added WFIZ (95.5 Odessa) and three more translators to its existing cluster of two AMs, three FMs and six translators, it was operating outside the spirit of the law with its dominance of the marketplace. The Commission disagreed, granting Saga its license renewals and telling FLAIM that if it’s unhappy with the loopholes Saga exploited (dropping then-Arbitron ratings in 2010 meant Saga could add a fourth FM under contour-overlap methodology), it should file a petition for rulemaking to eliminate the loophole. The FCC also denied FLAIM’s attempt to get the Saga stations renewed for only a two-year term. For FLAIM, this is just the most recent setback at the FCC; it has also filed, without success, against Saga’s earlier acquisition of WIII (99.9 Cortland) and the modification of several other translators in Ithaca.

Up north, Martz Communications has dropped CBS Sports Radio at WPDM (1470 Potsdam), replacing it with “Superstar Country” and branding only with its 100.1 FM translator frequency. The country format complements the 80s pop on sister station WSNN (99.3 Potsdam) and goes up against a former Martz station, the now-Stephens Media-owned WNCQ (102.9 Canton). 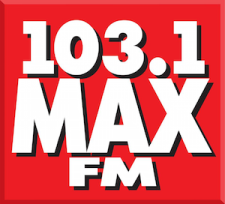 (And the “Max” name? That’s a reference to the recent technical changes that took WBZO from directional to non-directional operation, albeit still as a class A; new Connoisseur sister WDRC-FM 102.9 Hartford went DA to protect the new WBZO signal.)

In the Hudson Valley, Mark West has officially departed WALL (1340 Middletown), where he’d been leasing time to do an oldies morning show even after the rest of the station’s format went to Spanish hits. Now it’s 24/7 Spanish on WALL after West did his last show May 6.

LPFMs in action: in Rochester’s eastern suburbs, WZNY-LP (98.3 Fairport) is now on the air, carrying Christian AC music as “Z-98.3” from the Fairport water tower.

Radio People on the Move: In New York, WWFS (102.7 Fresh FM) is looking for a new afternoon drive after parting ways with “Dylan” (formerly “Dead Air Dave” from Sirius), who’d been one of the longer-serving members of the airstaff at the CBS Radio outlet.

*In MASSACHUSETTS, Boston’s “Bull” has a new night guy: Colton Bradford comes to WBWL (101.7 Lynn) from an iHeart sister station, WKSJ in Mobile, where he was the morning show producer and evening DJ. In Boston, he replaces Scotty K, who moves to weekends and fill-in duty.

*There’s a new “Fresh FM” in CANADA, where Corus spread its brand north of Toronto to CHAY (93.1 Barrie), which segued from “Chay Today” to “Fresh 93.1” on Friday afternoon at 5. This is the second time CHAY has dropped its callsign from its branding; back in 2000, it spent a few years doing dance as “Energy 93.1” before returning to its AC roots.
[/private]