*Ordinarily, we’d never think of leading a column by telling you that a cluster of radio stations is about to remain under the same management that’s been leading it for years. 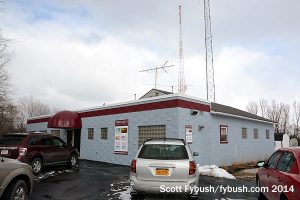 But in the lovely Finger Lakes region of upstate NEW YORK, that’s actually pretty big news, because the transfer of the Finger Lakes Radio Group to current GM Alan Bishop puts to rest several years of uncertainty as the cluster (and the market) waited to see if Bruce Danziger’s Long Point Communications group could close on a $3,375,000 purchase of the cluster.

That deal, inked in September 2014, was itself supposed to resolve uncertainty that stemmed from the personal bankruptcy of George Kimble. The veteran station broker owned two-thirds of the Finger Lakes Radio Group and its subsidiaries, continuing a family tradition that went back to his father’s ownership of WCGR (1550 Canandaigua).

At the bankruptcy auction, Danziger’s group outbid Bishop, who already owned a third of the cluster – and that led to the odd situation in which Bishop continued to manage the stations while waiting for Long Point to close on the purchase. Under Kimble and Bishop, the Finger Lakes group now includes most of the dial between Rochester and Syracuse: news/talk WGVA (1240 Geneva) and WAUB (1590 Auburn) plus translators; country WFLK (101.7 Geneva)/WCGR (1550, plus a translator); AC WNYR (98.5 Waterloo); rock “Wall” WLLW (99.3 Seneca Falls) and country WFLR (1570 Dundee, plus two translators). 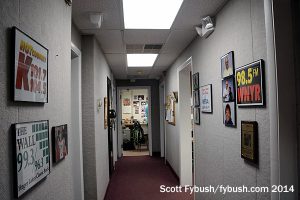 And now those stations are, at last, headed into Bishop’s hands, thanks to a new deal with the bankruptcy trustees after Long Point’s repeated failure to close. While the FCC granted Long Point two extensions to consummate the deal, it never came through, and so Bishop will now pay $1,217,355 to acquire Kimble’s stock in Finger Lakes and its sister companies. Add in the $719,000 in claims against Kimble’s bankruptcy that Bishop will drop, and you get to nearly $2 million for two-thirds of the cluster, which puts the full value of the cluster not far from the $3.375 million that Long Point would have paid.

We don’t have to do much speculating about what happens now at the Finger Lakes cluster: it’s been managed extremely well by Bishop and his crew for many years now, and there’s no reason to think that will change as the stations join up with Bishop’s other ownership interest – he owns WDOE (1410) and WBKX (96.5) in the Dunkirk/Fredonia market, where he bought out Kimble’s interest a few years ago.

*Our NERW Extra on Wednesday told you about the FCC’s denial of the big Syracuse-market swap between Family Life Ministries and Craig Fox’s Foxfur group, and the $20,000 fine the Commission handed Foxfur for unauthorized transfer of control of what’s now WCIS (105.1 DeRuyter) as a result of Family Life’s LMA of the signal. 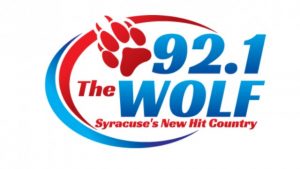 Now we can tell you a little more about how all this will play out: as of our (virtual) press time Sunday night, Family Life continues to operate Fox-owned WCIS and WCIO (96.7 Oswego) as religious outlets, while Fox’s “Wolf” country format stays in place on Family Life-owned WOLF-FM (92.1 Baldwinsville). How? Apparently by way of a new “Inner Harbor Radio” corporate entity that doesn’t have any overt involvement from Fox.

Because the FCC dismissed the original Family Life/Foxfur swap without prejudice, it can (and no doubt will soon) be refiled without the original LMA that created the ownership-cap issue that triggered the FCC’s attention; once the swap is actually complete, of course, there’s no issue with caps, since the swap of two FMs (105.1/96.7) for one (92.1) actually ends up reducing Fox’s attributable ownership in the Syracuse market.

*Dick Greene’s Culver Communications has filed to purchase the translator he’s moving to his WLVL (1340 Lockport). W287CV has already moved from Sanborn to Lockport on 105.3, and now Culver will pay $30,000 to tie it to the AM signal.

Here in Rochester, where the Don Alhart festivities at WHAM-TV (Channel 13) included an outstanding hour-long 50th anniversary special Friday night (now available for streaming), jazz station WGMC (90.1 Greece) is now putting a stronger signal over the east side of town. 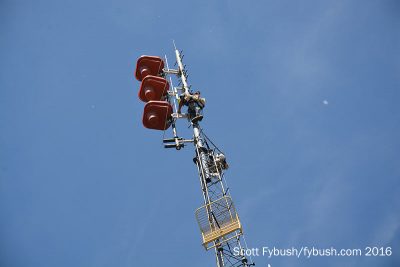 Thanks to our friend Mark Humphrey’s clever engineering, WGMC was able to keep its existing directional antenna but, by swinging it around a bit, to move its 15 kW directional pattern from Lake Ontario eastward to cover more of the city of Rochester and the east side. It’s good timing – the move comes just a week or so before the start of the big Xerox Rochester International Jazz Festival at the end of this week.

Tonight is official sign-on night for Rochester’s newest LPFM: WRFZ-LP (106.3) has been testing its signal for a few weeks now, but it will begin regular programming as “Rochester Free Radio” tonight at 6.

*Where are they now? Lance Hale trades Watertown for Fort Myers, moving from the PD chair at Community Broadcasters’ WOTT (94.1 Calcium)/WEFX (100.7 Clayton) to the same gig at Beasley’s WRXK (96.1 Bonita Springs). No replacement has been named yet for Hale at the Watertown stations, nor at sister WNGZ (104.9) in the Elmira market, where he’d been tracking afternoons.

*In MAINE, NERW readers knew two weeks ago about the departure of WGAN (560 Portland) morning co-host Mike Violette, a story the rest of the local media (and then the rest of the trade press) finally picked up on late last week when Violette broke his silence to say he’d departed the Saga news-talker on amicable terms.

*On the NEW HAMPSHIRE seacoast, a new entrant is lining up against the market’s existing news-talkers, iHeart’s WQSO (96.7 Rochester) and WTSN (1270 Dover), which just changed hands to Binnie Media. Under director of broadcasting Rob Connelly, late of WSHK “The Shark,” the new “Edge Radio” signed on last Monday as a streaming service of Gatehouse Media’s seacoast newspapers, which include the Portsmouth Herald and Foster’s Daily Democrat of Dover, which is where the station’s studio is located. Megan Brady, formerly of the WOKQ (97.5 Dover) morning show, is hosting “The Morning Line,” a news/interview show that’s followed (so far, at least) by a diverse music mix.

(And please don’t get us started on the logic behind putting the self-promotional story about the launch behind a paywall, because we’ll only start muttering about the newspaper industry in general and Gatehouse in particular and that never ends well…)

*VERMONT Public Radio is applying to relocate WVTX (88.7 Colchester) to the tower next to its newly-renovated studios. Part of the deal in which VPR acquired the former WWPV required the station to move from its transmitter site at former owner St. Michael’s College, where the WWPV calls and format have moved to the new WWPV-LP (92.5). The 88.7 facility goes from 100 watts at St. Mike’s to 260 watts/65′ at the VPR studios. It’s still not clear what VPR will program on 88.7 when it returns to the air.

*Al Dame was a legendary name in PENNSYLVANIA radio, with a career that started in sales in 1950 and ended with the last of two ownership groups a decade ago.

The Kittanning native was still in high school when he started working at WACB (1380 Kittanning, now WTYM). After graduating from Penn State, he ended up just a few years later managing a group of small western Pennsylvania stations, then, in 1967, becoming GM of WEEP (1080/107.9) in Pittsburgh. A year later, Dame became an owner in his own right, starting with WRSC/WQWK in State College, then adding WKBO in Harrisburg.

Dame Media was an early player in the deregulation game, creating clusters in Harrisburg (WHP/WRVV, WRBT, WWKL) and Albany (WGY/WRVE) that became the cores of Clear Channel’s presence in both markets when that mega-operator bought Dame out in 1999.

A year later, Dame was back in the game with a new group, Dame Broadcasting, that bought clusters in State College, Johnstown, Chambersburg and Hagerstown, Maryland before selling in 2005 in Dame’s final exit from broadcasting. By then he’d been inducted into the Pennsylvania Association of Broadcasters Hall of Fame, where he was part of the class of 2004.

Dame was 85 when he died June 5 in Phoenixville. 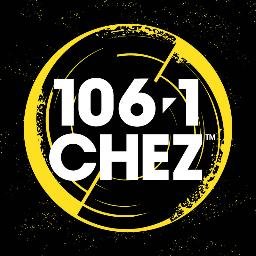 CBLV (600 Bancroft) was, as Canadian Radio News tells us, the southernmost remaining low-power AM repeater in the CBC’s system, but it’s gone now. The 50-watt AM signal has been replaced by CBLA-FM-5 at 99.3, and the AM antenna system has reportedly been dismantled.

Another low-power CBC repeater is moving to FM in Quebec. CBVE-1 (830 La Tuque) was the last station left on that frequency anywhere in Canada, but it’s now cleared to go to 101.9 on the FM dial with 265 watts average/598 watts max DA/106 m.