*Here’s a secret we don’t much like giving away: some of the finest weather and best scenery you’ll find anywhere in the country happens right around now, right near us in upstate NEW YORK‘s beautiful Finger Lakes.

And if you’re lucky enough to get to spend some time up this way, you’ll hear some different sounds on the radio now that Alan Bishop has taken over at the Finger Lakes Radio Group, where two of its FM signals swapped formats last week and a third took on new branding.

Here’s how it played out: first, classic rock “The Wall” WLLW made its second frequency shift in its two decades on the air, this time from 99.3 in Seneca Falls westward to a slightly smaller class A facility, the 101.7 in Geneva that was formerly country WFLK. The swap also extends westward to 101.7’s AM/translator simulcast in Canandaigua, WCGR (1550)/W283BF (104.5), which are now, er, another brick in “the Wall.” (Sorry.)

After a couple of days of playing “Change”-related songs and audio clips, including at least one “Doctor Who” regeneration (which was a big hit among the little NERWlings), 99.3 came back to life Friday afternoon as WFLK, “Classic Hits 99.3.”

And there’s a new lineup of airstaff as the stations move from syndicated talent and music to a much more local approach.

(Meanwhile, FLRG has also modified a translator application: instead of moving W260BE 99.9 from Watertown to 100.1 in Canandaigua, it’s now hoping to move the translator to 95.9 in Penn Yan, where it would relay WFLR 1570 on the very frequency where the old WFLR-FM used to live.)

Today’s a momentous anniversary here in Rochester: public broadcaster WXXI-TV (Channel 21) signed on for the first time 50 years ago tonight, and it’s marking the anniversary in a big way. Tonight, it will rebroadcast the first show it aired back in 1966, Julia Child’s “French Chef,” as well as doing 1966-themed programming on several of its radio outlets. WXXI will broadcast a series of vignettes commemorating the anniversary over the next few months, as well as holding an open house Sept. 24. (Usual disclaimer, plus: it’s your editor’s dulcet tones, give or take a lingering cold, narrating those vignettes as part of his part-time duties at WXXI.)

Across Commercial Street, Justine (Pruss) Paige has left her full-time gig at Entercom for a new marketing job outside of radio; she’ll still be heard as a part-timer on stations including WBEE-FM (92.5) and WBZA (98.9).

Congratulations to Lance Hale, who’s been promoted to director of rock programming at Community Broadcasters, where he’ll remain PD/afternoon jock for WOTT (94.1 Calcium) up in the Watertown market.

*In Utica, Galaxy is realigning its translators: it’s taking W256AJ (99.1 Utica) off the “ESPN Utica” network that’s based at WTLB (1310 Utica) and also includes WRNY (1350 Rome) and WIXT (1230 Little Falls). The 99.1 signal will reportedly relaunch soon from an HD subchannel of one of Galaxy’s Utica FMs, which haven’t had HD until now; meanwhile, Galaxy is paying Dennis Jackson’s Sun Signals $67,500 to move W221CZ (92.1) from South Burlington, VERMONT to Utica to become a new WTLB simulcast.

*Dr. Joy Browne was a talk radio fixture for many decades, starting at Boston’s WITS (1510) in the late 1970s and moving up to bigger and better roles at Talknet and at WOR (710) in New York and its WOR Radio Network. Since that network folded four years ago, Browne had been in the relative obscurity of the Genesis Communications Network, but she was still on the air giving advice right up until her death Aug. 27 at age 71.

And while he’s still very much with us, Charles Osgood’s impending departure from CBS News’ “Sunday Morning” later this month will mark the end of an era. The 84-year-old Osgood will still “see us on the radio” via his CBS Radio Network commentaries; we note here (as few others will) that Osgood’s earliest broadcast years were spent in CONNECTICUT, where he was a young station manager at Hartford’s WHCT (Channel 18) in the 1960s as the RKO-owned station experimented with an early form of subscription TV.

*Speaking of the Nutmeg State, there’s an opening for PD of iHeart’s news and sports stations (WPOP 1410 and WUCS 97.9 in Hartford, WELI 960 and WAVZ 1300 in New Haven) as Tim Spence departs that role. He’s headed back to his former home in the Denver market to take over as PD of sister stations KHOW (630) and KDSP (760).

*In NEW HAMPSHIRE and MAINE, Massimo Rosati is promoted to executive VP at Binnie Media, overseeing the company’s radio operations in both states. 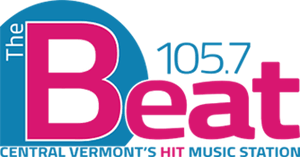 *Back to VERMONT: the addition of a translator means a format change at WSNO (1450 Barre), which dropped talk Friday and went top-40 as “105.7 the Beat.” The “105.7” part comes from translator W289CH; the new format includes Elvis Duran’s syndicated morning show and all of the high school sports that were already WSNO fixtures. Behind the scenes at Great Eastern Radio, Jim Severance will serve as WSNO’s PD as well as handling PD duties at sister WWFY (Froggy 100.9).

*Radio People on the Move: Matt Bosso comes on board at WODS (103.3 AMP Radio) in Boston as assistant PD/music director, moving to CBS Radio from iHeart in DC (WASH) and New York (WKTU). Vanessa Hale is the new afternoon jock at AMP, while Corinne Kimball moves from interim to permanent middayer and mix show coordinator Tone Terra becomes assistant MD.

In the sales world, at Entercom Boston, Alison Harris moves across the hall from general sales manager at talk WRKO (680) to rock sister WAAF (107.3)/WKAF (97.7); replacing her at WRKO is Denise DiLuca, who comes back to Entercom from iHeart in RHODE ISLAND.

*In PENNSYLVANIA, WAVL (910 Apollo) and its translator on 98.7 have changed hands from Colonial Radio Group to Laurel Highlands Total Communications, which paid just over $300,000 for the pair. Under LHTC, 910 has dropped the “Mountain” shadowcast with Colonial’s WXMT (106.3 Smethport) and is instead simulcasting news and talk as “PA Talk” with WCNS (1480 Latrobe), which had tried and failed to get a translator of its own.

Speaking of translators, Four Rivers Community Broadcasting gets $15,000 from GEOS Communications for W300BT (107.9 Nescopeck Pass); this one isn’t tagged (at least yet) as an “AM Revitalization” application and will instead apparently stay put for now at its site east of Hazleton.

Radio People on the Move: In Pittsburgh, Scott Hanley is coming home. After four years away from the market, the former WDUQ (90.5) general manager announced last week he’s leaving the post he’s held as general manager of public radio WBHM in Birmingham, Alabama. When he returns to the Steel City, Hanley says he’ll be doing media and management consulting and attending to family matters.

Nicky G gets promoted to music director at CBS Radio classic hits WOGL (98.1 Philadelphia), where he’s been a part-timer since 2012.

*Dave Moore is back on the air in NEW JERSEY, not far across the Delaware from his former radio home at Philadelphia’s WBEB (101.1). Moore’s new afternoon gig is at Pillar of Fire’s contemporary Christian WAWZ (99.1 Zarephath), which is where he worked from 2008 until joining then-B101 in 2011. Since leaving WBEB a year ago, Moore’s been working at Delaware’s WKNZ (88.7), among other temporary stops. 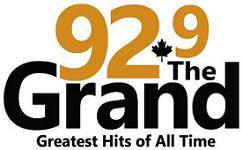 *A format change at one of CANADA‘s southernmost points: the former CKJN (92.9 Haldimand-Norfolk) took on a new format and callsign last week as Durham Radio took over. Instead of “Country 92.9,” the Hamilton rimshot is now CHTG, “92.9 the Grand,” with classic hits.

(Does that station name sound familiar? It’s the second time there’s been a “92.9 the Grand” in the area; the first one, CICW in Fergus/Centre Wellington north of Guelph, flipped to 101.1 a few years ago but is still “The Grand.”)

Didn’t like hearing ads on CBC Radio 2 and its French-language counterpart, ICI Musique? You’re in luck – they’re gone as of the end of August. That’s when the CBC’s three-year permission to sell ads on the networks expired, and the CRTC declined to grant a renewal. While the CBC said it had met all four of the conditions imposed on the ad sales, the CRTC argued that the CBC had reduced its expenditures on radio during the three-year period. That was exactly the reason the CBC cited for being allowed to continue the ad sales, hoping that the revenue (while below expectations) would help to reduce the sting of federal budget cuts to the network.

Canada Hellenic Toronto Radio has been granted a second transmitter for its CHTO (1690 Toronto); after complaining that the extended-band signal couldn’t reach Toronto’s western suburbs, CHTO now has permission to launch CHTO-1 (1490 Mississauga), which will run 23 watts by day and 770 watts at night. (That’s not a typo; the new signal is intended primarily to alleviate skywave interference to the 1690 signal after dark.)