*Another of the pioneering voices in NEW YORK talk radio has died.

Barry Farber grew up in North Carolina, where he was entranced watching radio being made on Greensboro’s WBIG. He initially went into print journalism, but his move to New York City in 1956 took him on a detour into radio from which he never really returned. 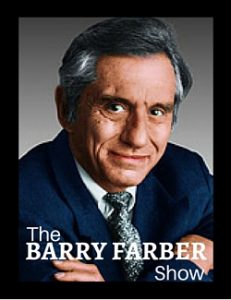 After early jobs producing the “Tex and Jinx” chat show on WRCA and working for commentator William Safire, Farber began hosting talk shows himself in 1960 on WINS. Two years later, he moved to WOR, where he hosted talk shows at night and then in the overnight hours, a shift he held down for a decade, from 1967 until 1977.

Farber took a turn into politics that year, running on the Conservative line for mayor of New York (he’d also made a bid for Congress in 1970) and losing to Ed Koch.

Afterward, he returned to radio, joining WMCA in 1977 and remaining one of that station’s signature voices until the end of its talk format in 1989.

In later years, Farber appeared for a while on ABC Radio and WABC locally, as well as stints on Talk Radio Network and, most recently, CRN. He was on the air for his CRN show by phone from his New York City home on Tuesday to mark his 90th birthday, and died the next day, of what his family described as natural causes.

*Radio People on the Move: Chris Oliviero will take over from Susan Larkin as senior VP/market manager for Entercom New York. Oliviero had been with what was then the CBS Radio cluster from 1996 until 2018 as executive VP/programming, then left to join Quake Media. He’ll rejoin Entercom June 1, taking Larkin’s place now that she’s become the company’s COO. 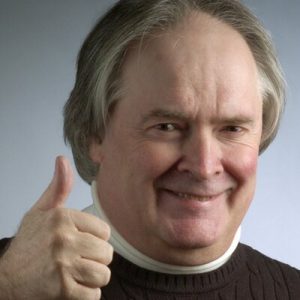 *Here in Rochester, it was a surprise announcement Friday night when veteran sports talk host Bob Matthews began his evening show on iHeart’s WHAM (1180) by telling listeners it was his final broadcast.

Matthews was already a prominent figure on the local sports scene when he started the show in 1985. Back then, it was just a two-hour sideline to his daily column in the now-defunct Times-Union; after the T-U folded in 1997 and Matthews moved to the sister paper, the Democrat & Chronicle, the WHAM show became a more important part of his professional life.

Both on the air and in print, he advocated fiercely for the construction of a new baseball stadium in Rochester, which opened in 1997 as Frontier Field. After his exit from the newspaper, Matthews moved his daily column to WHAM’s website, where it continued to appear until late last year, when it quietly ended while he dealt with health issues.

In that farewell show Friday, Matthews, 73, said his decision to exit WHAM was entirely his own, driven more by a dearth of topics in the absence of live sports than by iHeart’s financial issues or any other outside factors.

With Matthews’ departure, the 6-8 PM shift on WHAM will be filled by Michael Savage’s syndicated show, ending the last live evening talk show in the city. (And with iHeart having cut its other local sports talk show, Carl Falk on sister station WHTK, in earlier cuts this year, there’s now only one local weekday sports show left in the market, on Entercom’s WROC.)

*There’s late word, as we publish this week’s column, of the death today of Bill Pearce.

In 26 years as president of Rochester’s WXXI, Pearce oversaw a massive transformation of the public broadcaster, starting in 1969 with a single small educational TV station housed in the basement of a former high school and growing to add two new buildings, an FM station (WXXI-FM 91.5) in 1974, an AM news-talk station (WXXI 1370) in 1984, as well as a new broadcast tower for FM and TV and huge growth in programming and membership.

Pearce, who retired in 1995 and spent much of his later years studying his Native American heritage, was 95.

(And of course your editor has had the privilege, for many years, of working for the WXXI operation that Pearce was instrumental in building.)

*Tony Russell was a vibrant figure in Binghamton radio for decades, starting in the early 1970s as an air talent at WKOP (1360) and sister station WAAL (99.1) and most notably for long runs at WNBF (1290) and WINR (680). At WNBF, he was “Mound,” after his early assignment playing weekend oldies as “The Round Mound of Sound,” a nickname that stuck as he became PD and morning man and, after some time at WINR, returning to WNBF in the 2000s as a talker, hosting “Talk with Tony.” Russell retired in 2011; he was 72 when he died May 5.

*Straddling the line with VERMONT, WNYV (94.1 Whitehall NY) and WVNR (1340 Pulteney VT) have been a quiet presence in their area for years. Now they’re about to get a little “loud”-er with a sale to an active pair of broadcast owners nearby. Aaron Ishmael and Ricki Lee have been building up a strong presence along the Northway corridor from Plattsburgh to Albany in the last few years, and they’re now paying $150,000 to Pine Tree Broadcasting for WVNR, WNYV and WVNR’s translator CP, W242DF (96.3 Poulteney), under the new operating name “Loud Media.”

*Up in Colchester, Holly Groschner is stepping down next month as president and CEO of Vermont PBS. Groschner had agreed to a three-year term when she came to the network five years ago; COO Steve Ferreira will take over as interim CEO during the search for a permanent replacement.

*After almost four decades as a fixture on Boston TV screens, Randy Price is getting ready to retire. 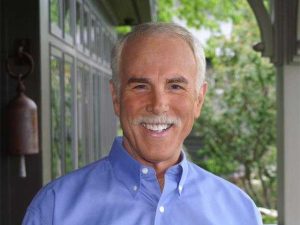 A Louisiana native and Air Force veteran, Price came to Boston in 1983 to anchor morning news on WBZ-TV (Channel 4), breaking ground a few years later as one of the first local news anchors in the country to come out openly.

At WBZ, Price’s roles included several years anchoring a 7:30 PM newscast that originated as Gulf War coverage in 1991. After leaving WBZ, Price then went to WHDH-TV (Channel 7) in 1997 for a 12-year run, anchoring the station’s evening newscasts before being abruptly let go in 2009. He soon landed at WCVB (Channel 5) as “EyeOpener” anchor, a role he’s kept up even while working from his second home in South Carolina after being caught down there at the start of the pandemic.

At age 70, Price says he’s ready now to step back and make South Carolina his primary home (he’s long commuted to Boston stations from the home in Kittery Point, Maine he shares with his husband, Mark.) Price’s last day at WCVB will be May 20.

*To the west, EMF is getting ready to move its formats around in north-central MASSACHUSETTS. Having just closed on its $250,000 purchase of WFNX (99.9 Athol), EMF has filed to change the calls on 99.9 to WKMY, moving its flagship K-Love format to that facility from the smaller 91.1 signal in Winchendon. That 91.1 signal, in turn, will change calls to WRWX – which presumably means it will be joining EMF’s secondary “Air 1” network.

*And we’ll point you over to our friends at Current to read your editor’s exclusive story, published this morning, about WGBH’s sale of its partial interest in Public Media Management, one of public TV’s three multi-station master control and content management centers. WGBH, which launched PMM in partnership with Sony, has sold its portion of the operation to Colorado-based Public Media Group, though PMM’s network operations center will remain based in Boston at WGBH for some time.

*The RHODE ISLAND Radio and Television Hall of Fame didn’t hold its induction ceremony April 30, but has rescheduled for September 24. This year’s inductees, whenever the ceremony finally happens, will include WPRI’s Karen Adams, Frank Colletta, John Ghiorse and, posthumously, Jim Taricani of WJAR, Davey Morris of WPRO-FM and an executive award to Mitch Dolan of WPRO/Cap Cities.

*Bob Lowe’s Twilight Broadcasting continues to grow in PENNSYLVANIA‘s small markets: it closed on its $95,000 purchase of WPHB (1260 Phillipsburg) last week and has flipped the former Magnum Broadcasting station to classic hits, with plans to have its 104.1 translator on the air soon.

*In CANADA, few broadcasters were as closely associated with one station for as long as Nevin Grant was with CKOC (1150 Hamilton). Grant left law school to go into broadcasting and joined CKOC as soon as he graduated from Ryerson in 1966. 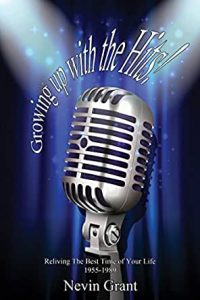 Starting as a copywriter, Grant quickly moved up the ranks to become assistant PD and then PD of the station. He was one of early supporters of the CanCon system to promote Canadian talent, and his attention to detail helped make CKOC’s charts legendary.

Grant was to have been inducted into the Canadian Broadcasters Hall of Fame this year, though the ceremony was postponed because of the pandemic.

Grant’s unparalleled run at CKOC ended in 2003; in recent years, he’d been battling Parkinson’s disease and had undergone surgery just before his death Wednesday at age 80.

*Canadian TV broadcasters haven’t made much use of DTV subchannels, largely for some obscure regulatory reasons, but Global hopes to change that. Steve Faguy reports that as the DTV repack continues north of the border, Global is asking for permission to shut down several rebroadcast transmitters in areas with overlapping coverage, using DTV subchannels on other Global transmitters to replace those signals.

And in Kingston, CKWS would add a subchannel on 11.2 feeding Global Toronto, replacing the current Global Toronto relay in Bancroft.

Steve also notes a twist in the repack in Ottawa on the Bell side of things: CTV outlet CJOH, which was to have gone to RF channel 7, will instead go to RF channel 16, allowing it to share a master antenna at the Camp Fortune, Quebec tower site with the CBC.