*It may have a low profile, but Ion Media’s footprint of owned-and-operated TV stations across the country turned out to be quite valuable, at least to another provider of the sort of inexpensively-run digital subchannels that have been Ion’s specialty.

The deal appears to be, as much as anything, about a bigger reach for the subchannels Scripps runs, including Court TV, Bounce and Newsy, which will find their way on to many of the Ion broadcast outlets, possibly replacing some of the channels (including several home-shopping services) that now run on all of Ion’s over-the-air signals.

(It also comes with a big investment from Berkshire Hathaway, which is putting $600 million into the transaction.) 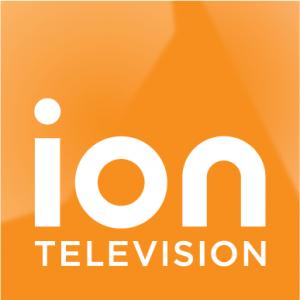 The move dramatically increases Scripps’ footprint in the northeast, a region where it’s had little presence until now.

In New York City, Scripps stepped in last year as the buyer for Tribune’s WPIX (Channel 11), which Nexstar couldn’t acquire directly from Tribune because of national ownership cap issues. But Scripps never put much of a stamp on the CW affiliate over the last year, and now it’s about to close on a sale of WPIX to Nexstar’s shell company, Mission. There won’t be any issues, then, with Scripps’ addition of Ion’s WPXN (Channel 31).

Nor are there likely to be issues in the other NERW-land markets where Ion (and Pax, before that) has built up its station group over the last two decades: in upstate New York, Scripps will enter Syracuse (WSPX 56) and Albany (WYPX 55); in New England, it gets Boston’s WBPX (Channel 68) and its channel-sharing sister WDPX (Channel 58), plus their New Hampshire satellite WPXG (Channel 21), as well as Portland-market WIPL (Channel 35), Providence-market WPXQ (Channel 69) and its channel-sharing sister WLWC (Channel 28) and Hartford-market WHPX (Channel 26).

And there are three Pennsylvania stations in the deal as well: Philadelphia’s WPPX (Channel 61), WQPX (Channel 64) in the Scranton market and WINP (Channel 16) in Pittsburgh.

In the markets (Buffalo, perhaps – and certainly others such as Phoenix and Detroit) where Scripps will have to spin off Ion stations it can’t acquire, it says it’s arranged a transaction that will park those stations with a buyer who’s committed to keeping Ion programming where it is. Is a Nexstar/Mission-style shell company in the works?

Top of the Tower Podcast #054: “Tales From the Trenches”

Top of the Tower Podcast #054: "Tales From the Trenches"