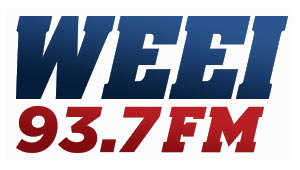 As it continues to lag in the ratings far behind Beasley’s “Sports Hub” (WBZ-FM 98.5), WEEI has been without a programming leader since Joe Zarbano’s exit in January – and now it’s reaching deep into the Midwest to tap Jeff Rickard, who’s been both PD and morning co-host at Emmis’ “The Fan” in Indianapolis.

(That’s the station that made news last week when it sold off the valuable suburban land under its AM transmitter site, tearing down the six-tower array of 50,000-watt WFNI 1070 and leaving The Fan on the two FM translators where the vast majority of its audience had been listening anyway.)

Rickard’s no stranger to New England; he’d been an anchor for Comcast Sports Network in Boston and a host at ESPN Radio and Sporting News Radio. Backing him up in his new job, which starts Wednesday, will be WEEI executive producer and host Ken Laird, who gets promoted to assistant brand manager.

What’s on Rickard’s plate when he arrives on Leo Birmingham Parkway? The station’s main play-by-play attraction, the Red Sox, are having a rough second half to a season that started better than expected – and even so, they haven’t been the ratings draw they used to be. WEEI’s Greg Hill morning show, which migrated downstairs from the former WAAF, has a new co-host in Courtney Cox, the former NESN host who started last month. And the biggest challenge will be in afternoons, where founding WEEI voice Glenn Ordway will be departing the “OMF” show in a few weeks.

Can Rickard do what his predecessors couldn’t, making WEEI a real challenger to the Sports Hub again?