*As AM radio enters its sunset years, we’re seeing some big operators simply turning off their smaller AM signals when they can’t make a strong business case to keep them operating. 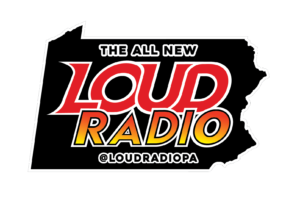 For four of Cumulus’ stations in central and eastern PENNSYLVANIA, however, there’s a new lease on life on the way as the company prepares to sell them to a smaller but growing broadcaster. Andrea and Pat Cerullo’s Major Keystone LLC operates the “Loud” hip-hop stations via AMs and translators in Allentown and Reading and recently (with the help of Fybush Media) acquired a translator in State College.

Under Cumulus, the stations had been carrying sports talk – CBS Sports Radio on WARM, WIOV and WGLD, while WTKZ was simulcasting Fox Sports Radio with WEEX (1230 Easton), which stays with Cumulus (and which will continue to be heard on FM via a 94.7 translator in Allentown.)

What will Major Keystone do with its new acquisitions? We’ll be watching…