*It took more than 11 years, but a creative FCC legal maneuver is finally paying off in a very big way.

Back in the fall of 2008, PMCM LLC’s purchase of two tiny VHF TV stations in remote communities out west didn’t initially make headlines – why, after all, would the principals behind NEW JERSEY‘s Press Communications bother spending $200,000 on little KVNV (Channel 3) in Ely, Nevada? 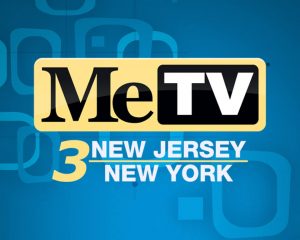 We found out why in 2009, when PMCM applied to move KVNV all the way from Ely to “Middletown Township, New Jersey” – with a transmitter atop Four Times Square in the heart of Manhattan, creating a new full-power TV station in the nation’s largest market. The move, crafted by the DC law firm Fletcher, Heald and Hildreth, depended on a creative interpretation of an obscure FCC rule that they believed would require the FCC to approve the application. (Why? Because when New Jersey-based WWOR-TV moved to a UHF physical channel in the DTV transition in 2009, it left the state with no commercial VHF channel.)

The FCC saw matters differently – it went so far as to allocate a new channel 4 to Atlantic City to try to fend off PMCM’s move – but PMCM and Fletcher, Heald persisted, taking the matter to Federal court and winning. In 2014, channel 3 signed on from Manhattan as a MeTV affiliate, winning almost immediate cable carriage throughout the New York metro area and soon changing calls to WJLP. (Over the air, viewers soon had to watch on 33.1, because of complaints from virtual channel 3, WFSB in Connecticut.)

And now PMCM is cashing out in a big way: late last week, it filed a $62.5 million deal to sell WJLP to “TV-49, Inc.,” a subsidiary of Chicago-based Weigel Broadcasting, which also runs the MeTV network. For Weigel, the addition of WJLP (and its channel-sharing LPTV partner, WNWT-LD channel 37) is the latest step in an ongoing acquisition project that’s recently included purchases in Houston, Seattle and several other large markets.

In the New York market, WJLP becomes part of a new duopoly, since Weigel also just bought WZME (Channel 43), the Bridgeport, Connecticut-licensed signal that rimshots New York over the air but enjoys robust cable and satellite coverage of most of the market. That $35 million deal with seller NRJ just resulted in WZME flipping to Weigel’s new MeTV Plus network, which now makes even more sense in the context of a duopoly with MeTV’s main network on WJLP.

So how well did PMCM do in the end for its small investment in TV stations out west and a somewhat larger investment in legal battles and big-city transmitter sites? In addition to netting over $62 million from KVNV/WJLP, PMCM also moved another signal: the former KJWY (Channel 2) in Jackson, Wyoming got moved to the Philadelphia market, where it’s now MeTV affiliate WDPN-TV. PMCM sold that station to Maranatha Broadcasting in 2015 for what turned out to be a share of Maranatha’s eventual $140 million windfall for putting its other signal, WFMZ-TV (Channel 69) in Allentown, into the spectrum auction. We don’t know just how big that share was, but it seems reasonably certain that in the end, PMCM walks away with over $100 million in sale proceeds from those two little stations, a nice move indeed.

(And speaking of moves: while PMCM had hoped to move WJLP from 4 Times Square to the higher tower at 1 World Trade Center, it now tells the FCC that the initial results from making that move did not live up to expectations; as a result, it’s returning to its licensed facility at 4 Times Square while it tries to find a solution to its unexpected signal problems at the World Trade Center.)