*Two New England TV stations are swapping owners as part of a much larger deal that will change control of one of the nation’s largest TV ownership groups.

But Kim has had his sights set on a much bigger group of stations. He’s been leading a proxy fight to take over Tegna, the former Gannett TV group that owns 64 stations in 51 markets. In NERW-land, that includes MAINE‘s NBC affiliates, WCSH (Channel 6) in Portland and WLBZ (Channel 2) in Bangor; the Fox and CW outlets in CONNECTICUT, WTIC-TV (Channel 61) and WCCT-TV (Channel 20); Buffalo NBC affiliate WGRZ (Channel 2); ABC affiliate WNEP (Channel 16) in Scranton and Fox affiliate WPMT (Channel 43) in York, Pennsylvania. 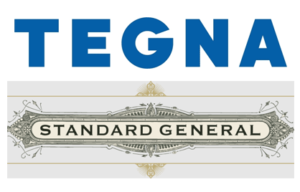 In a four-phase deal agreed upon last week, Standard General will sell its existing CNM stations, including WLNE, to Cox Media Group. Standard General will then form a new affiliate that will acquire Boston Fox affiliate WFXT (Channel 25) from Cox, then acquire the Tegna stations and take them private. Finally, the new Standard General-owned TV group will spin off a major group of Tegna-owned stations in Dallas, Houston and Austin, Texas to Cox.

The deal is valued at $5.4 billion plus acquisition of $3.2 billion in debt, and it requires some significant regulatory approval, since it involves funding from Apollo Global Management on both ends. Apollo owns and runs Cox Media Group, and will have a non-voting interest in the new Standard General-owned group made up of the former Tegna stations – assuming the FCC and Justice Department approve of the arrangement.

So how does it play out for the stations changing hands? Read on…