In this week’s issue… A bid for a big broadcaster – WNY FM signs off – Audacy makes NYC moves – New studios in Canada – Baseball on the Radio: The Lower Minors

*Next week’s NERW will come to you with a dateline of Las Vegas, the first time in three years that we’ll be back together with tens of thousands of broadcasters for what we expect will be a smaller NAB Show than the ones we last attended in the pre-pandemic era. (Will you be out there? Drop a line in the comments and let us know – we’d love to catch up!) 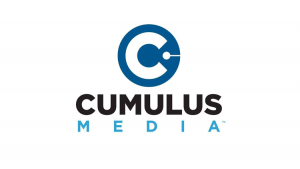 There’s a big and surprising topic of discussion that’s bound to come up in conversations all over the radio side of the show this year: the nearly $1.2 billion dollar unsolicited bid that came in on Thursday for Cumulus Media from a consortium led by Connoisseur Media CEO Jeff Warshaw. Warshaw’s bid, valued at $15-$17 a share and possibly a bit more following due diligence, drove trading in Cumulus stock from the $11 range to a close of $14.21 on Thursday, before the markets closed for Good Friday.

It’s not clear yet who else is part of the consortium along with Warshaw, a veteran broadcast executive who’s also experienced in raising money for deals. Last year, a Warshaw-led “blank check” acquisition company raised a quarter of a million dollars to merge with an automotive data firm in a transaction valued at $1.1 billion.

Over the years, Warshaw’s Connoisseur groups have expanded and contracted; in 2003, his original Connoisseur Communications sold to Cumulus, while the Connoisseur Media he founded the next year has sold and swapped off stations and now has holdings only in Frederick, Maryland, New Haven-Bridgeport, Connecticut and on Long Island. (That Long Island cluster would factor into FCC ownership caps if the deal goes through; even if Connoisseur continues to operate separately, Warshaw’s interest in that company count along with Cumulus’ WFAS/WFAS-FM in White Plains, also in the New York market, though he’d still only be at five FMs and two AMs in a a market where he could own a total of eight signals.)

What’s the appeal of Cumulus right now to Warshaw? With 406 stations, it’s one of the largest radio groups in the country. Its Westwood One syndication arm is a major player in that field, and Cumulus has built itself into one of the biggest players in digital, with a significant podcast presence. Under CEO Mary Berner, Cumulus has worked hard to dig itself out from the financial problems caused by its ill-fated acquisition of the former ABC stations owned by Citadel in big markets, selling off big signals in New York, Washington and Los Angeles to become more focused on the small and medium markets where it’s been strongest.

Those are also the kind of markets Warshaw understands best, which likely makes his bid more attractive once the Cumulus board begins closely studying the offer. We’ll be following closely as the process gets underway, and as we learn more about what Warshaw’s plans might be for Cumulus.