*The sad story of Cumulus Media’s adventure in the NEW YORK City market is almost over. After building a big-city cluster that included former Citadel stations WABC/WPLJ and Family Stations’ WFME (which it flipped to country as WNSH), Cumulus unloaded those stations, only to be left with a few stragglers.

In its attempt to assemble a full cluster to rival those owned at the time by CBS Radio, Clear Channel and Emmis, Cumulus pulled in every signal it could muster, including the FM side of what had been the company’s much smaller cluster up in Westchester County. WFAS-FM (103.9) went from being a suburban soccer-mom hot AC to a new tower site in the Bronx, a new signal that reached the northern third of the city, and an urban AC format as WNBM. 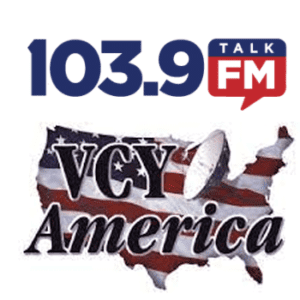 It didn’t succeed, for any number of reasons. WNBM’s programming lacked the local flavor of its bigger competitors. Its signal couldn’t compete across the entire market, and its format was an outlier in a cluster with a conservative talker, a hot AC and a country station. Once those stations went away, so did WNBM: it became a completely automated pass-through for programming from Cumulus’ Westwood One, then began 2022 by flipping to a WFAS-FM, a simulcast of the Westwood One talk programming heard on sister station WFAS (1230) up in White Plains.

And now as 2022 ends, WFAS-FM is headed to a new owner. Cumulus has filed to sell the station to the Wisconsin-based VCY America, which has already filed to convert it to noncommercial operation as part of its growing Christian network.

VCY will pay a very healthy $7.25 million for the class A signal, which still only reaches the Bronx, northern Manhattan, parts of Queens, Westchester and north Jersey. It will be VCY’s first East Coast signal, joining a roster of stations that’s largely spread across the midwest and into the south, including ESPN’s former Dallas station, KESN. (VCY also tried to enter several West Coast markets, including San Francisco and Las Vegas, with its attempt to buy Ed Stolz’ stations two years ago.)

Can VCY find success with a limited signal in a part of the market with a high proportion of non-Christian listeners? There are plenty of other Christian broadcasters going after New York these days, including EMF, which bought WPLJ from Cumulus, and Family Stations, which sold the original WFME-FM to Cumulus and eventually bought Univision’s WQBU (now a new WFME-FM 92.7 serving Queens, Brooklyn and western Long Island.) And will this be the start of a larger VCY expansion into our region?

That’s a story we’ll be following in 2023, and so will be the fate of Cumulus’ one remaining signal. That’s WFAS(AM), which continues to clear Westwood One talk for the “New York market,” using its little 1000-watt Westchester signal to experiment with the MA3 all-digital AM mode.