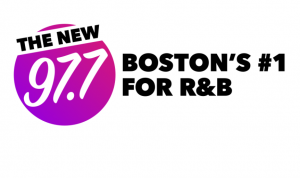 The new year’s first week has heated up with two prominent format changes in Boston and Philadelphia.

In Boston, Entercom had already made it clear that it would be flipping WKAF (97.7 Brockton) away from its simulcast of rock WAAF (107.3 Westborough) – and that’s happening at 11 this morning, as WKAF goes to R&B as “The New 97.7,” launching with 10,000 commercial-free songs.

The move preempts Beasley’s impending launch of a new 106.1 translator fed by WRCA (1330 Watertown), which had been widely rumored to be launching with R&B. What will go on that signal? More on that in Monday’s NERW…

The bigger surprise, however, comes from CBS Radio in Philadelphia, which abruptly pulled the plug on top-40 “AMP” at WZMP (96.5) this morning, ceding that competition to iHeart’s WIOQ (102.1). Instead, CBS is going after Jerry Lee Broadcasting’s top-rated WBEB (101.1), flipping to AC as “Today’s 96.5.”

More on that, too, in our next full issue.