Because weather is such an important part of the service radio and TV stations provide to the public, and because weather can play such a big role in what we do as broadcasters over the next few months, Fybush Media is thrilled to introduce a new contributor to our site. Please help us welcome Kevin Williams, Director of Meteorology for Rochester’s News 10 NBC and President of Weather-Track Inc.

Williams, who holds a degree in meteorology from Cornell University, has been a local radio and TV weather forecaster for nearly 40 years. He has also written three books about weather, as well as weather columns for area newspapers.

And if you’re looking for a custom local weather report for your radio station, he’s your man! Williams produces forecasts for stations in New York, Pennsylvania and Ontario as well as in North Carolina, Florida, Arizona and Alaska. He can be your weatherman, too! Email scott@fybush.com or call 585-442-5411 (9 a.m. to 9 p.m. ET) to find out how!

Try as some might to forget, the winter of 2013-14 will not soon be forgotten in the northeastern United States and in southeastern Canada. 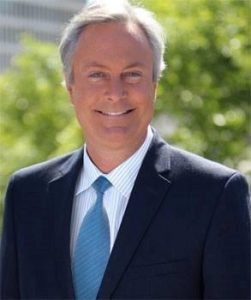 It was the snowiest winter on record in Detroit with 95 inches of fluff. With snowfall totaling 68 inches, it was the second snowiest winter on record in Philadelphia. It was among the five snowiest winters on record in Wilmington, Allentown, Scranton, Islip and Bridgeport. There were two blizzards in Western New York that helped push the season snowfall total to near 300 inches in some snow belt towns south of Buffalo. Meanwhile an epic pre-Christmas ice storm paralyzed southern Ontario causing catastrophic damage in the Greater Toronto Area and leaving 400, 00 residents without electricity.

Adding to the misery, the winter weather lasted into spring. It was the snowiest March ever in northwest Washington D.C. with 20 inches of white and a delayed cherry blossom season. Meanwhile, it was the coldest March ever in Caribou, Maine with a temperature departure of more than 9 degrees below normal. Additionally, ice coverage on the Great Lakes was the second most extensive in history. On Lake Superior, chunks of ice were seen floating through Memorial Day.

So with these bitter memories fresh in the minds of many, some may take solace in the official forecast for this coming winter from NOAA (National Oceanic Atmospheric Administration) which is suggesting warmer than normal conditions in New England and New York State, and
near normal temperatures elsewhere in the Northeast.

I must duly note, however, that this same agency also called for a warmer than normal winter last year. And you now remember how that worked out.

Of course, no one can say with certainty how this winter will turn out. We are dubious, however, of calls for a warm winter in our region. Our skepticism is partly the result of the fact that some of the same global environmental factors that were present when much of the region froze last winter will again be present this winter.

For example, a pool of warmer than normal sea surface water stretching from the Gulf of Alaska to the west coast of Canada remains in place (though it has shifted slightly). This is significant because such a pattern usually influences the winter jet stream causing a warm and dry ridge of high pressure in the western United States and a cold, wet trough of low pressure in the eastern United States. Over the airwaves, I call this a “west is best and the east is least” kind of pattern.

Another critical factor that is linked to winter weather conditions in the Northeast is the state of the equatorial Pacific Ocean known popularly as El Nino and La Nina. El Nino refers to warming of sea surface waters in the eastern tropical Pacific. The reverse, cooling of those same waters, is called La Nina. The linkage of the two is known as ENSO (El Nino Southern Oscillation).

A melding of all of this information in an effort to portray analogues (winters of the past with comparable hemispheric conditions) suggests that the Northeast could be in for some combination of several previous winters including those of 1958-59, 1976-77 and 2003-2004. Hint: None of those winters were mild and mellow in the Northeast. They were, in fact, brutal.

There is a very important factor that was not present last winter but has been present in some of the brutal winters of the past and that may be present this winter: high latitude blocking.

We believe that this kind of blocking pattern may emerge during the coming winter. This is because studies have shown that above normal high latitude snow cover in October is often a key antecedent condition for high latitude blocking come January. Such snow cover conditions were observed this past month.

Should that blocking pattern develop this winter, extreme cold could visit the region. If that were to happen, however, the chances are greater that residents in northern part of our region would be doing more shivering, while residents in the southern part of our region would be doing more shoveling. This is because the primary storm track would be displaced farther south than is normal resulting in the mid Atlantic states experiencing more than their normal share of snow and ice events, while such events farther north would be less common.

So, based on these and other factors, we believe that another harsh winter is ahead for the Northeast and some parts of southeast Canada.

With some confidence we project a colder than normal winter in the northeastern United States and border areas of southeastern Canada with the possible exception of New Brunswick and Nova Scotia. The coldest conditions, relative to local averages, will be found from Michigan and New York south to Ohio, Pennsylvania, Maryland and Virginia. If the aforementioned high latitude blocking forms, episodes of severe cold will occur across the entire region, particularly in January and early February. The inevitable thaws will be mostly meeker and shorter.

Snowfall predictions are more tenuous than projections dealing with temperatures for a variety of reasons. Nevertheless, we project snowfall to be near normal from New Brunswick, northern New England, southern Quebec and southern Ontario to upstate New York, Michigan and Ohio; with above normal snowfall from Nova Scotia to southern New England, south and west across downstate New York, New Jersey, Pennsylvania, Maryland, Delaware and Virginia. Local lake effect snows, however, could come fast and furious in the lake belts of New York, Pennsylvania, Ohio, Michigan and Ontario until the lakes develop significant ice, which is likely again this winter. Furthermore, with anomalously warm Atlantic waters off the east coast (which can fuel burgeoning storm systems), there will be an increased risk of major coastal storms with snow and ice.

So throw some more wood on the fire and gas up the snow thrower, it appears we’ve got another old fashion winter on the way.

Kevin Williams is President of Weather-Track, Inc. and Director of Meteorology at News 10NBC in Rochester. He holds a degree in Atmospheric Science from Cornell and has been providing tailored weather information and forecasts for clients since 1977. A member of the American Meteorological Society, he holds the Organization’s Seals of Approval for radio and television broadcasting. He can be reached at: kevin@weather-track.com.

Site of the Week EXTRA: WMKI 1260 Boston (and friends)

Site of the Week EXTRA: WMKI 1260 Boston (and friends)