(now free to all readers – but if you enjoy what you’re reading here, please consider subscribing!)

You’d have to be under a rock this afternoon to miss the headline that’s ricocheting across the industry – CBS management finally acknowledged today what we’ve known for a long time, that its radio clusters are on the market.

What can we read into the timing – and what will it mean in NERW-land? 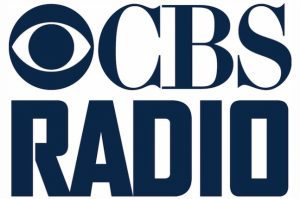 More so than any of its competitors in the two decades since deregulation, CBS figured out how to put together a true blue-chip collection of signals in the biggest markets.

Clear Channel and Cumulus went for sheer volume, buying up station after station in medium and small markets that ultimately returned relatively little to the bottom line while adding massively to the complexity of managing dozens or even hundreds of markets.

ABC figured out the real money would be in the biggest of markets, but it was slow to build 21st-century clusters, leaving it (and successor Citadel) with too few signals in the big markets to compete with the maxed-out station groups others were building. (Which meant, in turn, that there wasn’t the debt service that has crippled those other big groups.)

But CBS Radio management understood that one path to success was to focus relentlessly on the biggest of markets – and through strategic combinations of the former Group W, Infinity, CBS and ARS groups they created a group that had very little fat and a lot of meat. Solid groups in markets such as Buffalo and Rochester that didn’t fit the big-market profile were sold off, followed later on by mid-sized markets including Tampa and Charlotte. Meanwhile, CBS took advantage of declining station pricing and clever trading to add a handful of signals in its biggest markets when most others had stopped buying.

In those big markets, CBS bet correctly on the power of local spoken-word programming, investing in sports rights and local news to keep powerhouses such as Boston’s WBZ and WBZ-FM, New York’s WINS and WFAN and Philadelphia’s KYW and WIP at the top of the revenue charts.

The result, as of 2016, finds the company with five clusters in NERW-land:

Pittsburgh and Hartford have been outliers in the current version of CBS Radio; as some of the smallest markets remaining in the company, they’ve long been rumored candidates for sale. If CBS breaks up its radio assets for sale, or if its “strategic exploration” ends up selling only some of its radio assets, it’s likely those will be some of the first markets to go.

But if CBS CEO Les Moonves decides that radio as a whole is simply too slow-growing a business to remain in, and thus to sell the whole thing, that’s where things get interesting.

Given that CBS maxed out (or came close to maxing) its clusters in those big markets, they’re a poor fit for any of the other big companies that might otherwise be logical buyers. Except for Boston, iHeart is already maxed out or close to it in all of these markets and most of CBS Radio’s others nationwide; even if it could somehow take on still more debt to buy the CBS stations, it would just end up having to spin off as much as it buys. Cumulus, under aggressive new CEO Mary Berner, has more space under the cap in most of its markets (and no presence at all in several, including Boston and Philadelphia), but it’s still in dire financial straits.

There are plenty of medium-sized players who might have the financial ability to swallow some CBS markets but not all of them: Alpha Media has been widely rumored as a buyer, for instance, and would certainly fit nicely in a Pittsburgh or a Hartford, but could Larry Wilson put the billions of dollars together to get all of CBS Radio? Connoisseur would surely love to add the Hartford cluster to its own stations there. Greater Media is already capped (at least on FM) in Boston and Philadelphia. Entercom has space under the cap in Boston and no interests yet in the other Northeast CBS markets.

Are there outside players interested in investing in radio in a very big way, acquiring CBS Radio in one big chunk at a price that’s likely to run into several billions of dollars?

All of this, it seems, may create a problem for CBS: with no likely players to be able to do the kind of tax-friendly swap it did with Beasley last year, it may have little choice in selling but to accept the tax consequences of a flat-out sale…if it can find anyone else who’s playing in the same financial universe these days to be able to afford to do it.

Will CBS Radio executives come back to Les Moonves in the end to report there are no plausible buyers out there right now for its Cadillac clusters, and perhaps it’s better off to leave them right where they are?

We will, of course, continue to be watching very closely as Moonves and his board take the temperature of the radio world to see if there’s a willing and able partner out there for their station groups. And we’ll hope for the best for all of the talented folks who continue to fill those stations with content day in and day out.

(Disclaimer: your editor worked in the newsroom at WBZ Boston from 1992-1997, including a year there under CBS Radio ownership.)

Back next Monday with a complete NERW report, including our annual Baseball on the Radio…and in the meantime, we want to hear your thoughts. Who might be the next owners of CBS Radio’s properties?