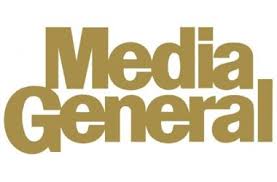 Now that Media General has withdrawn from its plans to acquire Meredith, rival broadcast group Nexstar has stepped in with a $2.1 billion deal to acquire Media General, creating one of the biggest TV station groups in the country.

Here’s a quick look at how the Nexstar/Media General deal, if it’s completed, will reshape the TV landscape in NERW-land:

To those stations, Media General adds Buffalo’s WIVB/WNLO (by way of its earlier acquisition of LIN) and Albany’s WTEN/WXXA,, creating the first station group that will cover every one of upstate New York’s TV markets, a goal Clear Channel never quite achieved.

In RHODE ISLAND, Nexstar gets WPRI/WNAC-TV (ABC/Fox), another new market for the group.

And in PENNSYLVANIA, Nexstar just exited the Harrisburg market with the spinoff of CW affiliate WLYH (Channel 15) to Howard Stirk Holdings; now it re-enters with ABC affiliate WHTM (Channel 27), which Media General recently picked up from Sinclair. Nexstar already has Pennsylvania outlets in Erie (WJET-TV/WFXP), Altoona (WTAJ) and Wilkes-Barre/Scranton (WBRE/WYOU-TV).