It’s time once again for our Year in Review, the 23rd time we’ve gathered up our headlines from the previous 12 months and tried to sum it all up for you. Year in Review installments will appear daily beginning today through our wrap-up on Friday, December 30, so check back every day for a new installment. We’ll resume our regular NorthEast Radio Watch report on Monday, January 2, 2017. (And in the meantime, our own Twitter and Facebook feeds and RadioInsight will be here with any breaking news!)

We start, as we always do, with sales: for a long time now, this has been the only place that collects a full year’s worth of station sale data for the region in one convenient spot, and we continue that tradition as we look back on 2016, month by month.

The year brought one mammoth deal in our region, the Beasley acquisition of Greater Media that made the group a major player in Boston and (for the second time) Philadelphia, and it laid the groundwork for an even bigger spinoff of CBS Radio. But it also brought a flood of smaller deals for translators and for smaller owners, too. North of the border, it saw some of the last local independent owners exit the scene in Ontario markets.

(As always, Fybush Media is available and eager to help station owners and would-be owners navigate their way through those complex minefields…)

The year kicked off with news of a deal from 2015’s last days, Leatherstocking Media Group’s $2.5 million sale of WSEN-FM (92.1 Baldwinsville NY) and WMCR-FM (106.3 Oneida NY) to Family Life Ministries – but there would be some twists and turns along the way to closure there.

But the big news ahead of the January 29 opening of the first AM translator window was all about translator values as the market tried to figure out how to price those low-power signals. Those prices ranged from $100,000 (W243DM Hauppauge NY, Juan Alberto Ayala to Centro Cristiana de Vida Eterna, part of a four-station deal) to $88,000 (W293BN Barnstable MA, Horizon Christian Fellowship to Blount Communications) to a donation (W250BX Redwood NY from JVC Media to Hudson Valley Public Radio).

By comparison, Maine Public Broadcasting’s $37,500 acquisition of WFYB (91.5 Fryeburg ME) looked like a relative bargain.

A rare month in which no NERW-land station changed hands…

…but there were fireworks ahead in April, including a $1.6 million deal for New York City-market translator W248CG (97.5 Jersey City), which went from Ted Schober’s City Commons LLC to Cantico Nuevo Ministries. 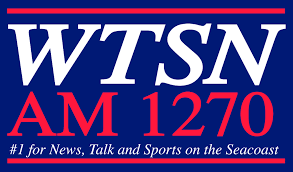 Binnie Media filled a hole in its New Hampshire holdings, paying Garrison City $2.1 million for WTSN (1270 Dover) and WBYY (98.7 Somersworth) after an earlier deal to merge the stations into Port Broadcasting fell through. 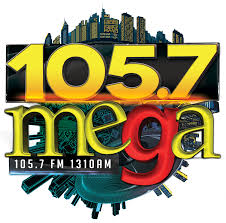 Davidson Media exited Philadelphia with the $975,000 sale of WEMG (1310 Camden NJ) to M.S. Acquisitions and Holdings.

The heat of summer brought the hottest deal of the year, the $240 million acquisition of Greater Media by Beasley. That added five big Boston-market FMs (WBOS, WBQT, WKLB-FM, WROR-FM, WMJX) to WRCA(AM) there, returned Beasley to FM in Philadelphia with the addition of WMMR, WBEN-FM and WMGK to its AM pair, WTEL and WWDB, and also brought Greater’s hometown WCTC/WMGQ in New Brunswick, N.J. into the Beasley family.

Radio One’s $40,000 purchase of a translator paid off big time once the former W231BI Utica NY was moved to Boston, at which point Beasley ponied up $400,000 to pair the signal with its WRCA(AM).

Bold Gold Media Group made a splash in the Catskills, paying $1.6 million for Watermark Communications’ WSUL (98.3 Monticello), WVOS-FM (95.9 Liberty) and WVOS (1240 Liberty) to pair with its WDNB (102.1 Jeffersonville) and three more signals across the Pennsylvania line

What’s an AM worth without a translator? After paying $5 million for WILD (1090 Boston) back in 2000, Radio One unloaded the AM to lease tenant James Su’s Radio Boston Broadcasting, Inc. for just $888,231. 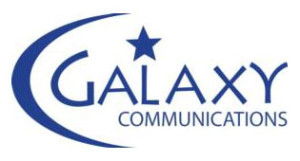 Two seven-figure deals in western Pennsylvania anchored the month there: in Pittsburgh, EMF turned its lease of Forever’s WPKV (98.3 Carnegie) into a $6.7 million purchase – $6 million in cash plus two translators; up along I-80, First Media sold four FM stations and an AM to Seven Mountains Media for $4.5 million – country WOWQ (102.1 Du Bois), hot AC WQYX (93.1 Clearfield), the “ZDB Rocks” rock simulcast of WZDB (95.9 Sykesville)/WZDD (101.3 Strattanville) and oldies WCPA (900 Clearfield).

Across the border, local Tillsonburg Broadcasting struck a deal to sell its CKOT-FM (101.3 Tillsonburg ON) and CJDL (107.3 Tillsonburg ON) to Rogers. In Quebec, Attraction Media added a twelfth signal, paying Radio Haute-Mauricie C$766,725 for CFLM (97.1 La Tuque).

With the translator window closed, we began to get some clarity as to what AM signals are worth in a post-“revitalization” window. 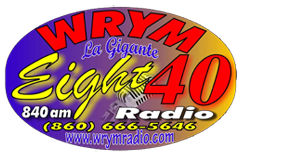 Further proving the high value of an “as-is, where-is” translator already licensed in a big market, Hope Christian Church of Marlton filed a $500,000 sale of W289AZ (105.7 Camden/Philadelphia) to Mega Philadelphia LLC, which had been leasing the translator for its WEMG (1310 Camden).

In Maine, Pine Tree Broadcasting began its exit with the $150,000 sale of WRMO (93.7 Milbridge) to Maine Public Broadcasting. 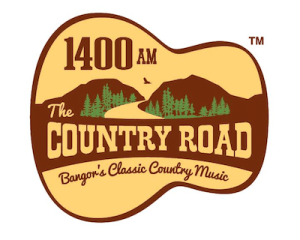 Pine Tree’s exit from Maine finished with a $172,000 sale of the three Bangor AMs and translator for which it had paid $90,000 – WGUY (1230), WBAN (1340), WCYR (1400) and WBAN’s translator, W231CH. Buyer Port Broadcasting added the Bangor signals on the heels of completing its merger with Aruba Capital Holdings; Aruba’s WXEX (1540 Exeter NH, plus translator W246BP) and WXEX-FM (92.1 Sanford ME) joined up with Port’s WWSF (1220 Sanford) and WNBP (1450 Newburyport MA) and their translators in the new Port. Port’s Carl Strube and Pete Falconi will each have 22% of the new company, while Aruba will have 29.1% and Aruba principal Andrew Hartmann will have 26.9% as his personal piece of the company. (Port had been operating WXEX and WXEX-FM under an LMA since April 2015.)

NERW Year in Review 2016: The Year in People and Formats (Part I)

NERW Year in Review 2016: The Year in People and Formats (Part I)