NERW Year In Review 2021, Part II: The Year in People and Formats, Jan-June

It’s time once again for our Year in Review, the 28th time we’ve gathered up our headlines from the previous 12 months and tried to sum it all up for you. Year in Review installments started Monday with The Year in Sales and will appear daily through Friday, December 31, so check back every day for a new installment. We’ll resume our regular NorthEast Radio Watch report on Monday, January 3. (And in the meantime, our own Twitter and Facebook feeds and of course Lance Venta at RadioInsight will be here with any breaking news!)

The second installment of our Year in Review (catch up on Monday’s installment here) begins our annual roundup of people and formats on the move in the never-ending whirl that is radio and TV in the northeastern U.S. and eastern Canada.

There were a handful of format flips to start the new year: at the southern tip of New Jersey, Forever created a new simulcast for the Wilmington market by flipping gospel WVJJ (1510) and its 96.9 translator over in Delaware to country WXCY, relaying WXCY-FM (103.7 Havre de Grace MD) on the other side of the First State. Saga brought its “Rewind” format to the Pioneer Valley, replacing “Hits” on WLZX 99.3’s HD2 and its 94.3 Northampton translator. 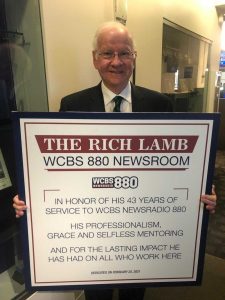 For many broadcasters with long tenures, 2021 turned out to be a good year to retire. In January, that list began with Rich Lamb, stepping down after 43 years reporting for New York’s WCBS (880).

A complex shuffle of signals and formats along the Adirondack Northway started with the move of Plattsburgh’s 100.7 signal (formerly WIRY-FM and WPLB) to Ray Brook near Saranac Lake, where it came back on the air as part of the “Lake-FM” network fed by WRGR (102.1).

In Pittsburgh, controversial talk host Wendy Bell made another return to the air, this time at talker WJAS (1320) – but not for long.

Bell made big cuts north of the border, eliminating most of the newsroom staff at CJAD in Montreal and CFRB in Toronto in favor of using newscasters from their sister CTV newsrooms. Cutbacks at the Bell-owned TSN sports network took its radio service off the air in several markets, including Hamilton, where CKOC (1150) flipped to “BNN Bloomberg”-branded business talk.

There were cuts at competitor Rogers, too, most notably in the radio broadcast of the Rogers-owned Toronto Blue Jays. With no prospect of having fans in the stands in Canada or traveling announcers, Rogers turned Jays radio into a simulcast of its TV coverage, a move that met with plenty of fan disapproval (and which would finally be reversed when the team was able to play at home starting in August.) 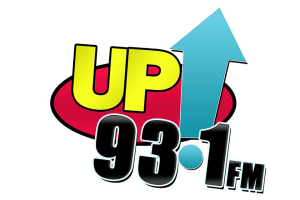 Stingray continued its national branding efforts by launching “Rewind” classic hits at stations including CIHI (“Up”) in Fredericton and CHHI in Miramichi NB and CIJK in Nova Scotia’s Annapolis Valley.

After the demise in 2020 of active rock WAAF, Cumulus moved to pick up some of its central Massachusetts audience at its Worcester classic rocker, WWFX (100.1). “The Pike” started its WAAF-ification by picking up former WAAF jock Mike Hsu for mornings, ousting veteran Bruce Palmer from the slot.

In Buffalo, Cumulus launched a new hip-hop format on a new translator at 98.9, fed by WBBF (1120), which dropped its simulcast of classic hits WHTT-FM.

The month’s biggest story came from Buffalo, where an offhand comment on the WGRF (97 Rock) morning show March 24 took host Rich “Bull” Gaenzler and co-host Rob Lederman off the air, and soon claimed the jobs of the rest of the morning cast and longtime PD John Hager.

The death of Rush Limbaugh, while hardly a surprise following months of declining health, appeared to catch most of his affiliates unprepared; as the network began offering months of best-of reruns, some affiliates began to drop the show. Saga was in the lead, moving quickly to put the regional Grace Curley show on WGAN in Portland and WKBK in Keene, while Pittsburgh’s WJAS went local with Rose Somma Tennent.

Boston’s troubled sports signal, WEEI (93.7), started a series of schedule changes with the exit of one of its original talk voices, middayer Dale Arnold. (At month’s end, we all learned to stop saying “Entercom” for its corporate parent, replaced by the new “Audacy” branding.)

At New York’s WABC (770), Curtis Sliwa left his daily talk slot to launch what would prove to be an unsuccessful campaign for mayor.

Rolling cutbacks at iHeart moved on to the engineering department, where many smaller markets lost their only engineers as the company moved to a more centralized model.

The new ATSC3 digital TV technology continued its slow rollout, signing on in Buffalo (over WNYO-TV) March 18 and in Syracuse (over WSTM) on March 24.

Pamal dropped a classic country simulcast in the Hudson Valley, moving WGHQ (920/92.5) in Kingston to a mirror of its “Magic” soft AC format from Albany, while WBNR (1260 Beacon), WLNA (1420 Peekskill) and translators began relaying classic hits WBPM (92.9) from Kingston.

More format changes in the region included the launch of “New Country” on WNAW (1230 North Adams MA) and its 94.7 translator, the end of the “Nash” brand, replaced by “Hall of Fame Country” on WHLL (1450 Springfield MA) and its 98.1 translator, and a move to Spanish-language religion (at least temporarily) on WKOX (1430) north of Boston.

Gone: WLNL (1000 Horseheads NY) and WNAP (1110 Norristown PA), both surrendering their licenses after signing off 3/1; WGWE (105.9 Little Valley NY), temporarily going silent 3/31 as the owner, the Seneca Nation, sought to sell the signal.

The exit of longstanding veterans continued here in Rochester, where Dave Kane exited the “midday mambo” on WCMF (96.5) after a four-decade run.

All-digital (“MA3”) AM radio came to the region May 24 as Cumulus converted WFAS (1230 White Plains) to the digital-only system, flipping its programming from CBS Sports Radio to a lineup of the company’s Westwood One syndicated talkers. In the Buffalo market, sister station WHLD (1270) also flipped from CBS Sports to syndicated talk.

Kiss 108 Boston morning legend Matt Siegel, always so good at keeping up with young audiences well into his seventies, hit a rare sour note, snapping at his show’s cast after a story about pop star Demi Lovato’s sexuality. After stomping off the show briefly, Siegel returned, but the kerfuffle led to co-host Bex Maroun’s exit from Kiss; she stayed with iHeart but returned home to Philadelphia for afternoons at WIOQ (Q102).

Down the hall, iHeart pulled the plug on R&B at WKAF (97.7), flipping the Boston-market signal to Spanish-language hits as “Rumba” with new calls WZRM.

Cumulus continued to bring more WAAF flavor to WWFX in the Worcester market, hiring former WAAF veteran Mistress Carrie for afternoons alongside her syndicated work with Westwood One.

Still more former Rush Limbaugh affiliates broke away from the network’s best-of episodes; in Wilkes-Barre/Scranton, Audacy’s WILK went all-local by moving Bob Cordaro to noon, Paul Barsky to mornings and Nikki Stone to the 9 AM slot.

The final steps in the format shuffle in the Adirondacks found WSLP (93.3 Saranac Lake) sending its calls to the former WPLA (100.7 Ray Brook), with the 93.3 license moving south to the Glens Falls market on Warrensburg-licensed 93.5, which returned to the air May 1 as “Lake George Radio” with new calls WLGR.

Along Georgian Bay, CFPS (98 the Beach) in Port Elgin became “the Bruce” with rock.

Some radio veterans left voluntarily, others without a choice: in New York City, public broadcaster WNYC cited COVID-related financial challenges as it cut 14 positions. WNYC’s “On the Media” carried on without host Bob Garfield, ousted amidst complaints of workplace harassment.

Down the street at all-news WINS, veterans Larry Kanter and Paul James retired, while Spike Eskin came up from Philadelphia to take over as VP/programming at WFAN and CBS Sports Radio in preparation for Mark Chernoff’s impending retirement. Other executive changes included the exit of top programmer Jeff Rafter from Press in New Jersey, and of WERS (88.9 Boston) GM Jack Casey.

At iHeart New York, Mo’ Bounce was out of afternoons at WHTZ (Z100), to be replaced by Maxwell and Crystal Rosas.

Back on the air: WATX (1220 Hamden CT), at reduced power with Clark Smidt’s “Connecticut Gold” oldies.

Premiere’s attempt to keep the Rush Limbaugh legacy going with guest hosts and best-of segments finally ran out of steam, replaced June 18 by the launch of a new network show hosted by Clay Travis and Buck Sexton and carried mostly on iHeart-owned stations, including its big talkers in New York, Boston, Worcester, Springfield, Manchester, Albany, Syracuse, Rochester and Harrisburg. Cumulus, meanwhile, launched its own syndicated midday talk show with Dan Bongino, while Audacy’s WTIC (1080 Hartford) and WPHT (1210 Philadelphia) both went with local lineups to replace Limbaugh.

Mark Chernoff’s exit from Audacy included a return to his roots as a music jock, as he took over a Saturday night airshift to play classic hits on WCBS-FM (101.1) on his way out the door. Other veterans leaving included WKBW-TV anchor Keith Radford in Buffalo, WINS (1010) street reporter extraordinaire John Montone, talker Mike Stafford at Corus’ CFMJ (GNR 640) in Toronto and local legend “Big Chuck” D’Imperio at WDOS (730) in Oneonta, NY.

The fallout from the Seven Mountains/Sound/Family Life deal in New York’s Southern Tier began to hit listeners as the Elmira-Corning cluster went through a second round of format shuffles just 11 months after Seven Mountains’ last big rearrangement in July 2020. 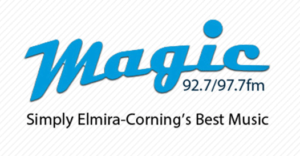 Family Life also shuffled several Pennsylvania calls to move them to its new New York outlets – and it handed off its WCIG (107.7 Dallas PA) to Seven Mountains, which ran a loop of “Gone Country” on it before relaunching as “Bigfoot Legends,” WLGD.

At New Hampshire Public Radio, budget issues were blamed for the end of the network’s statewide talk show, “The Exchange.”

On Martha’s Vineyard, WMVY (88.7) left its secluded longtime home at its transmitter site for a more prominent location on State Road in West Tisbury.

On Long Island, WTHE (1520) changed calls to WJDM as it prepared to move to 1530, the former frequency of the defunct previous WJDM in New Jersey.

NERW Year in Review 2021 Part III – The Year in People and Formats, July-December

NERW Year in Review 2021 Part III - The Year in People and Formats, July-December