In this special issue: Cumulus launches more “Nash FMs” – and an exclusive look at what their next big move will look like  –  FCC cranks out dozens of new low-power FM grants across the region 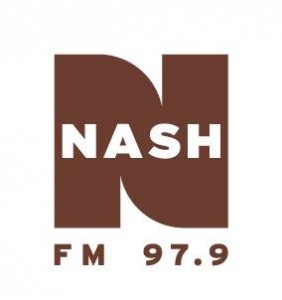 *It’s been just over a year since Cumulus rolled out its “Nash FM” country radio branding at WNSH (94.7 Newark NJ) in the New York City market, and what was supposed to be a full national flip of Cumulus country stations to the “Nash” branding has been taking place in fits and starts ever since.

The latest round found 11 more Cumulus country outlets becoming “Nash” this week, including prominent stations such as WKDF in Nashville…and two more signals in NERW-land.

Over in Harrisburg, WZCY (106.7 Hershey) has been through a whole bunch of formats (anyone remember “Coolpop”?) before landing as “Z-Country” two years ago. It’s now “Nash FM 106.7,” and that leaves just two more non-“Nash” Cumulus country stations in the region: WIOV (105.1 Rphrata) in the Lancaster market and WCTO (96.1 Easton) in the Allentown market.  Will “I-105” and “Cat Country” get “Nashed” in the near future? There’s every reason to think those will make the flip sometime soon, joining Cumulus’ other existing “Nash” outlet in Scranton (WSJR 93.7) and completing the sweep across NERW-land.

*But beyond the name changes, there’s something much bigger afoot: we’re hearing from several sources within Cumulus that “America’s Morning Show,” which launched on WNSH last spring as a “local” New York offering (albeit originating from Nashville), is about to go national, and in a big way.

We’re hearing that next Monday (February 10) is the day when Blair Garner’s “Nash”-ional offering will appear on all of the stations that have made the flip to Nash so far. That means hosts such as Mike Sheffield at WXTA and “Chachi and Jenna” at WZCY will be displaced, along with dozens of others around the country. (See the full list of Nash-ified stations here, courtesy of RadioInsight, our partner site.)

Will Erie and Harrisburg and Scranton (and Boise and Green Bay and Shreveport) want a national morning show instead of something local? Cumulus is betting big here, and we’ll be watching closely to see how it turns out.

*The other big Pennsylvania story we’re tracking for Monday’s NERW comes from Greater Media’s WPEN-FM (97.5 Burlington NJ), where veteran Philadelphia sports host Mike Missanelli is under suspension after the sports provocateurs over at Deadspin.com posted a slew of apparently homophobic emails he’d sent to a listener who was apparently teeing him off with his own series of badgering emails. While acknowledging that Missanelli was being harassed, WPEN management says it’s pulled him off the air while it looks into the situation. More in NERW on Monday…

*And as promised, here’s the latest list of LPFM grants since our last update in the January 27 column:

We’ll be back next Monday with a full issue of NERW, including management changes in Maine, a translator swap in eastern Pennsylvania, and much more…