*Yeah, yeah, it’s another week leading off the column with more news about NBC in eastern MASSACHUSETTS – but (a) we think this week’s news pretty much sums things up until the Peacock Network actually makes its move in six weeks or so, and (b) it’s either that or write about the election, and you’d rather hear about NBC Boston, right? 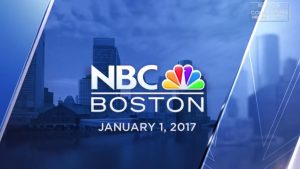 Thought as much. So: as of this past Thursday, “channel 8” has lit up for viewers near the Needham/Newton antenna farm, thanks to a reprogramming of the encoder at WBTS-LP (RF 46), which had formerly been using virtual channel 60 for its relay of Telemundo outlet WNEU from NEW HAMPSHIRE. Viewers who rescan their TVs can now see a temporary simulcast of Comcast’s New England Cable News on 8.1 (with NBC Boston promos and a few of the syndicated shows that will be part of the NBC Boston schedule in 2017), plus WNEU’s Telemundo programming on 8.2, Comcast’s COZI classic TV channel on 8.3 and Telemundo spinoff TeleExitos on 8.4.

Meanwhile on WNEU, it’s Telemundo on 60.1 – but the “NBC Boston Preview” is now being seen in New Hampshire and areas north of Boston on 60.2, with TeleExitos now shifted to 60.3 and COZI to 60.4. (This is a change from NBC’s initial announcement that NBC Boston’s programming would appear as virtual “8.2” from the WNEU transmitter; we’d assume that someone from Hearst raised concerns about signal overlap between WNEU and the western fringe of its WMTW signal from MAINE, which has been “channel 8” in the region for many decades.)

Which brings us to the question we couldn’t answer last week. Joe Davis of Chesapeake RF Consultants unearthed the request that Comcast filed with the FCC in mid-October to use virtual channel 8 in Boston, and here’s their logic:

As we’d surmised in earlier columns, WBTS told the FCC that it can’t use virtual channel 46 in the Boston market, since that belongs to WWDP (RF 10) in Norwell. Nor can it use virtual channel 10, given the considerable overlap with Providence’s WJAR (RF 50). Because of its long period of silence, WBTS told the Commission that the marketplace had no familiarity with its previous analog channels, 32 and then 67, both of which would otherwise have been available for use as virtual channels in Boston. (As would “51,” which was WJAR’s original digital RF channel.)

Because it’s an LPTV, WBTS suggested to the FCC that the rules for assigning virtual channels should be interpreted a little more loosely, and since “8” was otherwise unused both in Boston and neighboring markets (except for WMTW, which doesn’t overlap WBTS itself), “8” it was. (NERW notes that other channels, such as 13, 14, 15, 16, 17, 18 and perhaps even 3, would also have worked just fine – but none of those will put NBC just one virtual click away from its soon-to-be-former home on WHDH, channel 7.)

And with that, we think we’ve said about everything we can say about NBC Boston until we get to the end of the year, when the NBC affiliation will disappear from WHDH and the full lineup will appear on WBTS/WNEU and cable channel 10/810. 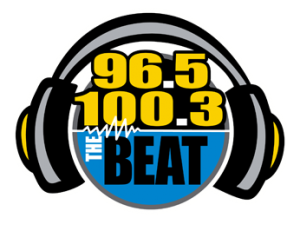 *The region’s one and only big format change of the week comes from upstate NEW YORK, where Craig Fox’s WMVN (100.3 Sylvan Beach) dropped its “Movin” rhythmic AC format on Wednesday to go rhythmic top-40 at 4 PM as “96.5/100.3 the Beat.”

The 96.5 is translator W243AB Westvale, which fills in the rimshot 100.3 signal for central Syracuse, where the format is really aimed. It’s been a while since Syracuse has had a station targeting the urban audience (save for iHeart’s “Power 620” WHEN on the AM dial), and it appears the new “Beat” is trying to get that audience as well as pulling from the two mainstream CHRs in town, iHeart’s WWHT (Hot 107.9) and Cumulus’ WNTQ (93Q).

So far, there’s no airstaff announced for the new “Beat.”

Steve Richards is leaving Sinclair’s WRGB (Channel 6)/WCWN (Channel 45) in Albany after the November sweeps are over. He’s been there for two years, after spending 27 years in Rochester at WHEC (Channel 10).

*In Elmira, John Kessler is the new evening anchor at WETM (Channel 18), returning to his Southern Tier roots after more than three decades in bigger markets such as Detroit, Charlotte, San Diego and San Francisco.

On the radio side, Community Broadcasters’ news-talk WWLZ (820 Horseheads) is now being heard on 101.3, the translator formerly known as W282AH up in Alexandria Bay. 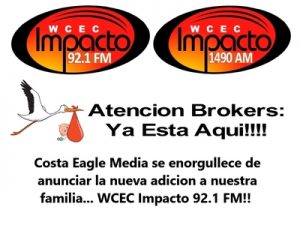 *There’s a translator fight brewing along the Massachusetts-NEW HAMPSHIRE line, where Costa-Eagle wasted no time putting a new 92.1 translator on the air in Haverhill once the FCC signed off on the consent decree that allowed Brian Dodge to renew the translator’s license and transfer it to become a relay of WCEC (1490 Haverhill).

Blount Communications’ WDER-FM (92.1 Peterborough NH) says it quickly began getting calls from its listeners complaining of interference, and now WDER-FM has filed a complaint with the FCC, which also alleges that construction on the 92.1 translator began before the CP had been issued.

Meanwhile, Blount has its own new translator on the air: as of Thursday night, the former W293BN from Cape Cod is on 101.5 from the historic Yankee Tower on Mount Asnebumskit in Paxton, giving WVNE (760 Leicester) a 24-hour signal over Worcester. (Fybush Media served as technical consultant for this project.)

In Boston, Colton Bradford moves to the 3-8 PM slot at iHeart’s country “Bull” (WBWL 101.7 Lynn), swapping air shifts with PD Lance Houston, who moves to nights. Over at Entercom, Jerry Thornton exits WEEI-FM (93.7), where he’d been part of the “Dale and Holley with Thornton” afternoon show; he’s returning to a podcasting gig with Barstool Sports.

Where are they now? We now know where Chris Ryan is headed next after being PD of WRTS (Star 104) in Erie – he’s headed back to central Illinois as PD of WSOY-FM in Decatur.

And Southern Belle/Seven Mountains is requesting a call change in the Twin Tiers, changing WNBQ (92.3 Mansfield) to WOGA, presumably ahead of a simulcast split from AC sister WNBT-FM (1490 Mansfield). Does “OG” spell a “Froggy” in the signal’s future? 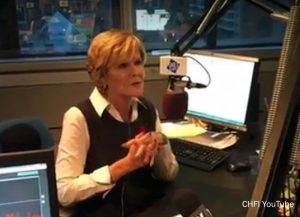 *In CANADA, Erin Davis is leaving CHFI (98.1) – and Toronto, for that matter – after a remarkable 28 years on the morning show. Davis made the announcement on Wednesday’s show, and she’ll wrap up her time at the Rogers-owned AC station with a live broadcast December 15 from Casa Loma before relocating to British Columbia.

On the Niagara Peninsula, the CRTC has opened a call for applications for a new station serving the communities of Grimsby and Beamsville, just east of Hamilton. The call was triggered by an application by Evanov’s Dufferin Communications for 2 kW (4 kW max DA) on 88.5. Despite opposition from the owners of the larger stations in Hamilton and St. Catharines, the CRTC found that there’s indeed economic room there to put a new local station on the air.

Applications for the new Grimsby/Beamsville station will be due March 30, 2017.

In Ottawa, Antoine Karam has applied for a new ethnic station on 1630, using 10 kW day/1 kW night, and that’s triggered a call from the CRTC for comments on whether the Ottawa-Gatineau market can support more stations. Comments are due Dec. 5.

In the Maritimes, the CRTC has rejected a bid from Atlantic Broadcasters to add a second FM signal in Antigonish, N.S. alongside its CJFX (98.9). Competitors MacEachern Broadcasting (CIGO-FM) and Hector Broadcasting (CKEC-FM/CKEZ-FM) complained that Pictou County couldn’t support a sixth station, and the CRTC agreed that since CKEZ has been in the market for only a year, it’s too early to determine whether another new station is viable.

*And what of the November 9 “drop-dead” date for TTP Media’s new English-language signal on 600 in Montreal? It appears TTP has requested a third extension for that – and since a third extension was granted for its French-language sister on 940 (which runs out later this week), it’ll probably be granted, dragging this interminable story on just a little bit interminable-er.