In this week’s issue… WRNN, WBIN cash out in repack – No sales for CBS – Post-repack, Maine station sells – Dankwa to Erie – Tower down in Rockland

*How much is a TV station worth?

That question may have just become much harder to answer after a very busy week in which we’ve learned how much the FCC’s spectrum incentive auction is paying several independent stations to go dark – and how much a fast-growing group owner is paying for one of the stations that isn’t taking part in the auction. 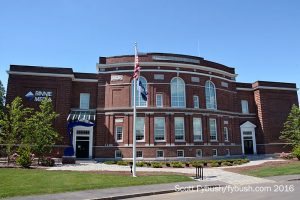 The week’s biggest headlines included the news from NEW HAMPSHIRE that Bill Binnie’s WBIN-TV (Channel 50) will go dark eventually – and has shuttered its news operation immediately; the news from NEW YORK‘s Hudson Valley that WRNN (Channel 48) may have the auction’s biggest payout; word from MASSACHUSETTS that Ed Ansin will take WLVI (Channel 56) dark in the auction; CBS and Scripps’ decision not to unload any of their spectrum… oh, and then the surprise announcement that MAINE‘s oldest TV station will be getting a new owner.

It’s the sort of game that needs a comprehensive scorecard, and that’s just what we’ve put together to start your week:

*It wasn’t all that surprising, in the end, that Bill Binnie put WBIN-TV’s spectrum in the auction. The independent station on channel 50 (ex-WNDS, then briefly WZMY) never reached the entire Boston market over the air, but its UHF channel still had plenty of value in the FCC’s plan to clear out spectrum to be sold to wireless carriers. How much value? $68.1 million, Binnie said – plus another $20 million or so in a side deal with a “major broadcaster” to sell off certain other rights, believed to involve Binnie’s three low-power VHF signals in Nashua, Manchester and Concord. (Is that other broadcaster NBC/Comcast, which still needs some reinforcement for its “NBC Boston” over-the-air reach?) 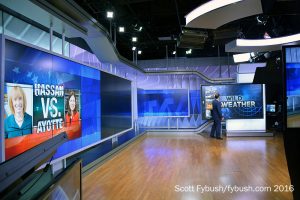 The bigger surprise, at least where the timing was concerned, was Binnie’s immediate shutdown of its NH1 News operation, which broadcast its last shows on WBIN Thursday night. Launched just a year ago with great fanfare, NH1 had invested heavily in challenging the traditional dominant player in New Hampshire TV news, Hearst’s WMUR (Channel 9). While the NH1 newscasts never came near WMUR’s ratings, their sudden demise puts a newsroom full of good people out of work.

Binnie Media says it will invest its proceeds into acquiring more radio and digital media assets – and those proceeds are considerable. Binnie paid only $9 million for what was then WZMY five years ago, and even after major investments in its Concord studio (see it here on Site of the Week), it’s still a huge windfall for an owner who’s already one of the richest men in broadcasting. 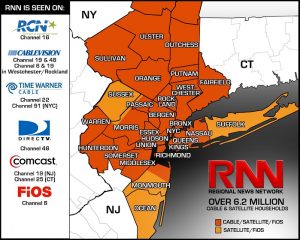 *If WBIN’s windfall is big, then the $212 million that the French family is getting for WRNN is downright enormous. What was once analog channel 62, independent WTZA, went all-news in the 1990s, then ended up as a mostly-forgotten backwater of infomercials in recent years. But its UHF spectrum turned out to be insanely valuable – and it’s likely that no other single station anywhere in the country will end up being worth as much as WRNN was for the Frenches. (They’ll continue their other line of business, using their Westchester studio location to produce news for Verizon’s FiOS 1 channel.)

Back in Boston, we’re also learning about the fate of WLVI (Channel 56), the oldest UHF station in the market and the third-oldest station in town, period. Ed Ansin’s Sunbeam group revealed last week that WLVI’s spectrum was sold, though he’s not yet disclosing the amount. For viewers, nothing much will change – the WLVI license will live on as a channel-share with Ansin’s WHDH (Channel 7), so “CW 56” will continue both over the air and on cable and satellite.

Somewhat surprisingly, another big group that could have made a similar move in several markets has decided not to do so. CBS announced last week that it didn’t unload any of its full-power signals in the auction, which means Boston My affiliate WSBK (Channel 38), New York-market independent WLNY (Channel 55), Philadelphia CW affiliate WPSG (Channel 57) and Pittsburgh CW affiliate WPCW (Channel 19) may get new channels in the repack, but won’t give up any spectrum. Scripps, whose lone NERW-land presence is Buffalo’s WKBW (Channel 7), also said it’s not selling anything.

That still leaves plenty of other big groups yet to disclose their auction decisions, most notably Univision and Ion.

*Over in the world of public broadcasting, VERMONT PBS says it will get $56 million from the sale of one of its four transmitters. WVTA (Channel 41/RF 24) has been broadcasting from Mount Ascutney near Windsor for nearly 50 years now, but the network says it can upgrade its remaining signals – most notably, we suspect, Rutland’s WVER (Channel 28/RF 9) – to continue to serve over-the-air viewers even after WVTA is shut down. And that $56 million will, of course, give the statewide network a big nest egg it can use for program production and the eventual conversion to ATSC 3.0.

In Scranton, WVIA (Channel 44) says it has sold its spectrum for $52 million and entered into a channel-sharing deal with ABC affiliate WNEP (Channel 16), which will split the sale proceeds evenly. WVIA plans to put its $26 million in an endowment, and it notes that the $800,000 it will get each year in interest is still less than the $970,000 annual cut it took in state funding recently. (We note, too, that WVIA and WNEP have been frequent engineering partners, with WVIA using WNEP’s former transmitter for a time after suffering damage at its Penobscot Mountain transmitter site.)

The sale makes WABI-TV once again a sister to WAGM-TV (Channel 8) in Presque Isle, which Diversified owned from 1957 until 1984. It also ends one of the longest runs of family ownership in television: Diversified is still owned by the Hildreth family, descendants of former governor Horace Hildreth, who put WABI-TV on the air in 1953.

With Diversified’s exit (the company still owns a flourishing trade-show business), the banner of longest local ownership in the region now passes to Vermont and WCAX-TV (Channel 3), which has been in Martin family hands since it signed on in 1954. 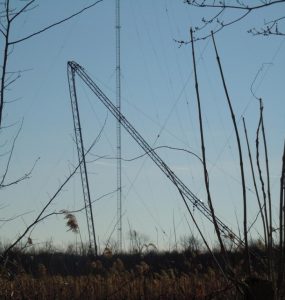 *Engineers in NEW YORK‘s Rockland County have been watching for a few months now to see what will become of the four-tower array at WRKL (910 New City), where one tower began tilting noticeably back in December. How long could it keep standing with one broken guy wire? Until last Monday, it seems – that’s when that tower folded over on itself in the swamp just off US 202.

The Polnet-owned station kept broadcasting, somehow, for most of the week before finally falling silent a couple of days ago. It’s not yet clear what will become of this venerable station, which has been in rough technical shape for the last few years.

It’s moved from Rockland across the river to Westchester, and now translator W232AL (94.3 Pomona) is applying to once again cross the Hudson, this time to NEW JERSEY and the historic Armstrong tower in Alpine. From there, the translator would run 55 watts, serving lower Rockland, a big chunk of southern Westchester, much of the Bronx and Bergen County. It appears the move would end the last remnant of “WFAS-FM,” replacing the now-automated AC format on 94.3 with another relay of Bridgelight’s “Bridge” Christian AC format via the HD4 of WNSH (94.7 Newark).

*In Syracuse, WJPZ (89.1) has announced the lineup for its 32nd annual birthday banquet. The Syracuse University student-run station will celebrate its anniversary on March 4 at the Syracuse University Sheraton, including the induction of two new Hall of Fame members. Mark Humble ’85 was part of the group that got “Z89” on the FM dial way back when (he’s now a music composer), and Phil LoCascio ’84, now at CBS Radio in New York, worked at both Z89 and commercial station WYYY (Y94) while he was at SU. Radio One’s Jay Stevens will be the keynote speaker at the banquet, which will be emceed by Stephan Donovan ’95, now the morning man at WWLI in Providence.

*Here in Rochester, it appears Chris Crowley is getting a promotion, since Entercom is advertising for a replacement for his gig as PD/afternoon jock at WCMF (96.5).

In Albany, Bill Fox is leaving WYJB (95.5) to move eastward to WOKQ (97.5 Dover NH), where he’ll start March 6 as morning co-host. Kira Lew has been doing that job solo for the last few months.

*In Springfield, MASSACHUSETTS, John Thomas has stepped down as senior VP of programming at iHeart’s cluster as he works on recovering from cancer. “JT” is headed to a Mayo Clinic trial in Florida, where he’ll participate in testing an immunotherapy drug. 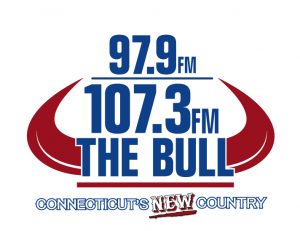 *Call it the “Berkshire Empire” – Irv Goldstein’s roster of signals in Danbury, CONNECTICUT keeps growing, most recently with the addition on Friday of a second FM frequency for his country “Bull.” In addition to its main signal, W297AN (107.3) from the Brushy Hill transmitter site of parent WDAQ (98.3), the WDAQ-HD2-fed signal is now also being heard on W249DO (97.9 New Milford), broadcasting from Brookfield and serving an area north of Danbury. The New Milford translator, if you’re keeping track, was formerly Connecticut Public Broadcasting’s 97.3 translator in Danbury.

*There’s a new program director in northwest PENNSYLVANIA – but Kwame Dankwa is a familiar name elsewhere in NERW-land. “KD” did two tours of duty at WZRT in Vermont, weekends at WODS in Boston and then headed out to Seattle last year to serve as APD and afternoon jock at iHeart’s newly-launched KPWK in Seattle before cutbacks in the fall claimed that position.

Now Dankwa is headed to Connoisseur’s WRTS (Star 104) in Erie, where he starts as PD next Monday. He fills the desk left behind by Chris Ryan, who departed last fall to join WSOY in Decatur, Illinois. 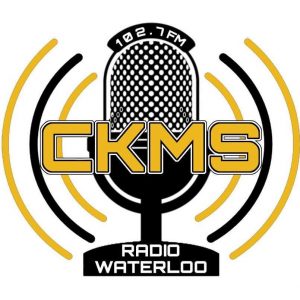 *One of the oldest community FM stations in CANADA has a new frequency. CKMS (100.3 Waterloo ON) moved to 102.7 on Friday, clearing the way for a big power increase at a newer 100.3 signal, First Nations outlet CKRZ (100.3 Oswehken). “Radio Waterloo” marked the event with a “New Frequency Party” Friday night.

In the Maritimes, Newcap has rebranded one of its country stations: CJXL (96.9 Moncton NB), dropped “XL 96-9” to become “New Country 96.9” last week, picking up the same corporate brand that’s been in use for a couple of years now up the road at CFRK (92.3 Fredericton NB) and other Newcap signals.
[/private]