*There are two ways to look at Don Imus, who announced his impending exit from New York’s WABC (770) last week, and they’re both true. 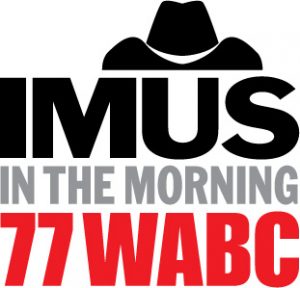 First truth: The 77-year-old Imus is undoubtedly a radio legend. There was nobody like him when he came to WNBC (660) in 1971, an irreverent young voice on what had long been a stodgy network-owned competitor. You know the story from there: his exile to Cleveland, his return to WNBC two years later, his rivalry with Howard Stern, his survival on 660 as WFAN replaced WNBC in 1988, his ouster in 2007 over comments about the Rutgers women’s basketball team, and his return to the air later that year on WABC.

Second truth: Imus almost certainly outstayed his relevance not long into his WABC run. Even in his last years at WFAN, his attentions were straying – his piece of the show often originated from his Texas ranch instead of New York, his fundraisers sometimes overshadowed the meat of the daily broadcast, his sidekicks sometimes seemed to be carrying the show in his absence. For those who’ve taken the trouble to listen in the last few years, it’s often been a hard listen. Imus’ voice is a rough shell of what it once was, he’s working with a smaller staff these days, and he’s not getting the must-listen interviews that used to make his show hard to ignore.

There’s a third truth as well: Cumulus remains in dire financial straits, which is why the company made the decision to pull the plug on “Imus in the Morning” ahead of Imus’ own schedule, which would have wrapped up the show in December.

“They informed me last week, last Tuesday that they weren’t going to pay me past a certain date. Sometime around the end of March. I signed some agreement agreeing to that. I guess they were going to do it earlier but waited a couple of months,” Imus told listeners last week, revealing that March 29 will be his final show.

So what happens next for WABC and Imus’ affiliate base? 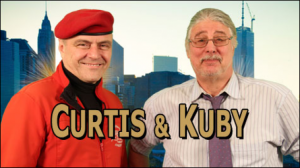 At WABC, though, one would want to believe there’s more at stake. In 2014, when Cumulus brought back Imus’ morning predecessors Curtis Sliwa and Ron Kuby to do middays on 770, we speculated that WABC was laying the groundwork for a seamless transition down the road from Imus right back to Curtis & Kuby in morning drive. And indeed, Sliwa remains available and ready for that role, where he’s by far the frontrunning contender. Kuby, however, is gone, a casualty of Cumulus’ ongoing budget cuts last year – and would a solo Sliwa be too grating as a wakeup option?

Then there’s WABC’s current 9-to-noon offering, which pairs Imus’ executive producer Bernie McGuirk and WFAN sports-talk veteran Sid Rosenberg. If that show moves to mornings, it essentially becomes “Imus without Imus.” It might not be the most compelling thing on the radio, but it would be an easy and inexpensive move. And as our colleague Lance Venta noted in a RadioInsight post a few days ago, it would fit perfectly with a Cumulus in 2018 that’s more interested in cutting costs than in trying to create compelling new broadcast content.

(And, honestly, where would a compelling new talker even be found? The weekend slots where talent once could have been developed are now filled with wall-to-wall infomercials, and the small local stations where a young Imus once honed his act are as likely to be carrying syndicated old Imus as anything else. But that’s a rant for another day.)

*Downtown, Dave Stewart is back at WCBS-FM (101.1). The veteran jock, who spent years at WPLJ before taking the overnight shift at CBS-FM in 2012, lost that gig last summer as CBS Radio made some budget cuts ahead of its sale to Entercom. Last week, he announced he’s returning to the station for part-time and weekend work – and that apparently displaces the voicetracking Michael Maze had been doing on his former shift.

*Uptown at WFUV (90.7), assistant PD Sarah Wardrop is becoming the AAA station’s production director; no replacement as APD has been named yet.

There’s (yet another) new executive director at Pacifica, as veteran public radio manager/consultant Tom Livingston takes the reins of the perpetually-troubled network. For the moment, the latest crisis at Pacifica’s WBAI (99.5) seems to have been averted with a $2 million loan that paid off the judgment against the network from the Empire State Realty Trust. That was a controversial move within Pacifica, where one faction argued strongly for a bankruptcy filing that would have discharged that debt and led to a restructuring. Instead, Pacifica now must find a way to repay the loan – or risk losing its collateral, the studio real estate of its Los Angeles station, KPFK (90.7).

(Structurally, none of the underlying problems that led to WBAI’s problems has been fixed; the station still has ongoing expensive lease payments to make for its Empire State transmitter site and no obvious budget path to the kind of stable fundraising that would allow it to make those payments, nor the dues it’s supposed to be paying to the national Pacifica organization. Will the factions that have long splintered Pacifica give Livingston the free hand he’d need to address those structural issues? We doubt it.)

*Up in the Catskills, WIOX Inc. is taking over WIOX (91.3 Roxbury). The town of Roxbury started WIOX as a community station back in 2010, with WIOX Inc. being formed two years later as a support group. But by late 2013, the town was ready to hand off the signal – at which point Binghamton public broadcaster WSKG stepped in to help. WIOX had already been carrying WSKG’s programming overnight, and in 2014 WSKG took over the WIOX license from the town. WSKG paid a dollar back then, as well as agreeing to keep a local studio open. Now WIOX is returning to local hands, and WSKG gets its dollar back. WIOX says its programming lineup will include local farm news, school news and a folk music show hosted by the sister of legendary folksinger Phil Ochs.

*John Corby’s career was spent mainly in Columbus, Ohio, but he made a mark in western PENNSYLVANIA as well, where he did sports at KDKA (1020 Pittsburgh) from 1994-1997.

*We remember Lance Howell, whose engineering career included a stint as chief at WWGO/WCCK in Erie. Howell was on vacation in Cozumel, Mexico when he died Jan. 21, at age 75.

*In Philadelphia, we note (belatedly) that Entercom’s WOGL (98.1) has pulled the plug on Harvey Holiday’s “Street Corner Sunday,” the last doo-wop show remaining on a major-market classic hits station. Holiday remains with WOGL as weekday midday host under a new contract that continues his long run at the station.

*A coda to the murder of a NEW JERSEY talk host: April Kaufmann’s husband, James, was found dead in his jail cell on Friday morning after apparently taking his life. As we reported two weeks ago, James Kaufmann faced murder and racketeering charges in connection with the 2012 killing, allegedly carried out by an accomplice he paid. Prosecutors say Kaufmann, a doctor, was running a drug ring in south Jersey; they believe he had April Kaufmann, a WOND (1400) talk host, killed when she discovered the ring and threatened divorce.

*In northern MAINE, Dennis Curley’s Canxus Broadcasting stations made up most of the dial at the top of Aroostook County. Curley founded the first of his “Channel X” outlets back in 1986, growing the network to include WCXX (102.3 Madawaska), WCXU (97.7 Caribou), WCXV (98.1 Van Buren) and translator W276AY (103.1 Fort Kent).

Curley was more than just the owner; he was also on the air at “Channel X” as Douglas Christensen. He was 76 when he died of a stroke on Jan. 19. 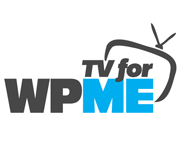 *Ion Media is buying an outlet in the Portland market, 15 years after its predecessor Pax sold off its original Portland-market station, then-WMPX (Channel 23). Ion’s new Portland home will be WPME (Channel 35), the Lewiston-licensed MyNetwork TV affiliate that’s been a sister station for many years to CW affiliate WPXT (Channel 51). (Ion had already been available in the market for the last few years via WPME’s 35.2 subchannel.)

WPME/WPXT owner Ironwood Communications will get $900,000 from Ion for the WPME license, plus a shared-services agreement under which Ironwood will continue to operate WPME’s transmitter and studio. Ion will change the station’s calls when it takes over; the MyNetwork programming will move to a subchannel on WPXT.

*And there’s just one story out of CANADA that’s been making news in recent days: more than five years after Radio Canada International shut down its massive shortwave transmitter plant in Sackville, New Brunswick, the new owners of the facility are still trying to sell off some of the equipment that was left behind. RCI tried to sell Sackville as an operating broadcast facility but couldn’t find a buyer, and so last year the transmitter building was sold to Mi’gmawe’l Tplu’taqnn Incorporated, an enterprise of the Mi’Kmaq First Nations. Last week, a CBC story made the rounds about the group’s attempt to sell off a 1940s-vintage RCA shortwave transmitter from the site for $5,000.

Will some pieces of Sackville finally end up in a museum? There are lots of shortwave relics out there – our friends at the Antique Wireless Association museum here in western New York now have the control room from the former VOA Delano facility in California on display at their excellent museum, for example. And we, of course, try to preserve as much history as we can in virtual form. It’s been almost 20 years since we visited Sackville, but you can see what we saw of RCI in operation at this archived Site of the Week page.