*Our lead story this week may be datelined PENNSYLVANIA, but the place where Harry West became famous is and will forever be “WARM-land.” 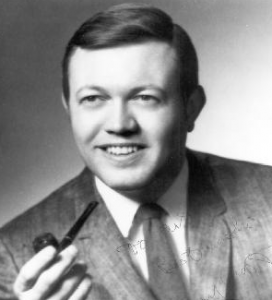 That’s the area in and well beyond Scranton that was reached by WARM (590) in its many years at the top of the ratings, propelled there in no small part by West’s cheery personality in the morning.

West, who died Sept. 27 across the state in the Pittsburgh suburb of Bridgeville, was a native of Reading (born there in 1930 as Harry Westcott), but by 1959 he’d settled down in Scranton for his first decade-long stay at WARM, presiding over perhaps the station’s most successful period. In 1969, West moved to Pittsburgh, bringing the “Harry West Show” to mornings at ABC-owned KQV (1410) for a stint that lasted until the end of 1971.

West went back east after that, rejoining Susquehanna Broadcasting at WSBA (910) in York, then returning to WARM in 1973 for a second act that lasted until 1992, followed by shorter stints with WILK and WEJL/WBAX. After his retirement, West stayed in northeast Pennsylvania until 2016, when illness sent him into a care facility in Bridgeville.

*Sports talk radio is sometimes best when it’s not talking about sports at all, and so it was on Tuesday in western NEW YORK at WGR (550 Buffalo), as Jeremy White returned to the show he co-hosts with Howard Simon. The topic wasn’t the Bills or the Sabres; it was White’s personal heartbreak over the premature birth and deaths of quadruplets with his wife, Molly.

“There’s nothing they could have done,” White (right) told Simon about the medical ordeal in a riveting segment on their “Howard & Jeremy” morning show. Our hearts go out to the Whites and to the WGR family, where Sal Capaccio was filling in for White all last week.

*Across the state, Saratoga Radio LLC (the Ricki Lee/Hanna Kaleta and Aaron and Jessica Ishmael partnership) is adding a second station in the greater Albany market. It’s paying just $20,000 to pick up often-silent WABY (900 Watervliet) and the unbuilt CP for W231DU (94.1 Clifton Park) from Empire Broadcasting, which sold Saratoga what’s now WSSV (1160 Mechanicville) last year. Assuming Empire’s pending sale of WPTR (1240 Schenectady) to Area Independent Media is consummated, these deals will end the Empire experiment, which started a few years ago as the return of former Albany owner and longtime New York State Broadcasters Association president Joe Reilly along with a group of partners.

*In Binghamton, Larry Hodge served as engineer for WNBF (1290), WQYT/WHWK (98.1) and their eventual sister stations for more than 30 years, starting in 1978. He moved the stations twice, first into the Security Mutual Building downtown and then a few blocks away to their current Court Street location, and even helped out with sports play-by-play (using the air name “Larry Williams.”)

Hodge was 75 when he died Sept. 29; his longtime WNBF colleague Roger Neel offered a fond remembrance on the station’s website last week. 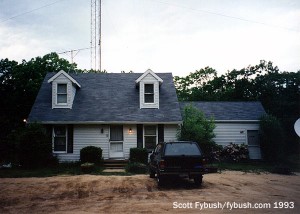 *We start our MASSACHUSETTS news off the coast, out on Martha’s Vineyard. That’s where WMVY (88.7) is moving ahead on plans to leave the only studio home it’s ever known. The little building next to the tower on Carrolls Way in Vineyard Haven is where WMVY’s original 92.7 incarnation began back in the 1980s, it’s where MVYradio continued with streaming after 92.7 became WBUR public radio relay WBUA, and it’s where WMVY returned to terrestrial radio after acquiring the 88.7 signal.

Both 92.7 and 88.7 will continue to transmit from the tower at Carrolls Way, but WMVY’s studios will move to 489 State Road in West Tisbury now that owner MVYradio has closed on its purchase of that building, a former medical office.

*In Boston, Beasley’s WKLB (102.5 Waltham) is going jockless at night as budget cuts end Marissa Lanchak’s two years at the country station. Lanchak, of course, is best known for her many years in Albany at WFLY and then WGNA before she came to Boston in 2017.

And in Worcester, Emmanuel Communications still isn’t getting a translator for its WNEB (1230). The FCC denied Emmanuel’s application for a review of its dismissal of WNEB’s proposal to use 99.1 in Worcester. While that application made it to CP stage and got a callsign, W256DN, it ran into objections from co-channel WPLM-FM in Plymouth. WPLM made the case to the FCC that the Worcester application shouldn’t have been approved before the 30-day window for petitions to deny had ended, and the FCC agreed; WPLM’s petition then made a solid enough interference case to get the translator pulled.

*One more Keystone State story, right on the state’s southern border with Maryland: if you have a station playing the “Greatest Of All Time,” why wouldn’t you call it “the Goat?” That’s what Verstandig Broadcasting is doing at its Mercersburg-licensed 92.1, part of the larger cluster that’s mostly across the line in Hagerstown.

The former top-40 “92-1 Hits” WNUZ spent a weekend stunting with Christmas music before relaunching last week as WIKG, “the Goat,” playing classic rock from the 1970s and 1980s.

*More callsigns swapping in MAINE, and we don’t know why yet: WOXO-FM has returned to 92.7 in Norway, sending the WEZR-FM calls to 100.7 in Mexico; at last check, both stations were still simulcasting a country format as “WOXO.”

*We don’t often have much to report from way up north in CANADA, but in North Bay, Ontario, Sid Tomkins was an important part of the broadcast community for decades. Tomkins worked at and managed the former CKGN-TV (Channel 10), then served as the founding president of CHUR (840) when that new station hit the airwaves in 1985. (It’s since moved to 100.5 FM and been sold.)

Tomkins was also a prominent educator, teaching at Canadore College and serving as Dean of Applied Arts before his retirement in 1994. He died Sept. 28 in North Bay, at 81.

*Which brings us around to our annual Hockey on the Radio recap, such as it is. On the NHL level, it’s pretty close to status quo this year – the Boston Bruins stay firmly in place on Beasley’s WBZ-FM (98.5 the Sports Hub) for radio and NESN for TV, albeit with a blandly generic new logo for the TV network after almost three decades of the more distinctive “ticket” logo there.

The New York Islanders, as we reported last week, take on WEPN (1050) as their new flagship this season, with simulcasts on WEPN-FM (98.7) when there’s no Rangers conflict; WRHU (88.7) and WRCN (103.9) round out the network on Long Island, and MSG has TV coverage. The Rangers have priority on WEPN-FM for their games, again with MSG for TV, and across the river, the New Jersey Devils make their primary home on Radio.com, with some games airing on WFAN (660/101.9); MSG has the TV rights here as well.

As Gritty celebrates his first birthday, the Philadelphia Flyers are in their second year of a multi-year deal with Beasley’s WPEN (97.5), moving over to WMMR (93.3) when there are conflicts with the Sixers. NBC Sports Philadelphia retains the TV rights.

Across the state, the Pittsburgh Penguins maintain their tight ties to iHeart’s WXDX (105.9), as well as a substantial radio network across central and western Pennsylvania, western Maryland and into West Virginia; AT&T SportsNet has the TV coverage.

The Toronto Maple Leafs continue their radio split between Rogers’ SportsNet 590 the FAN (CJCL) and Bell’s TSN Radio 1050 (CHUM), mirroring the less-even split between SportsNet, which gets the bulk of the TV games, and TSN, which gets a smaller slate.

The Ottawa Senators are heard in English on TSN Radio 1200 (CFGO) and a small network that crosses the border to include WQTK (92.7 Ogdensburg NY), in French on Unique FM 94.5 (CJFO), and on TV on TSN and RDS.

The Montreal Canadiens remain in place on CHMP (98.5) in French, CKGM (690) in English, with an extensive French-language radio network across Quebec; Steve Faguy in the Montreal Gazette, as ever, unpacks the complex rights situation that divides TV coverage between Sportsnet and TSN in English and between RDS and TVA in French.

And how about a quick spin through the AHL? The Laval Rocket are heard in French all season long on 91,9 Sports (CKLX) and for 12 games in English on CKGM (TSN Radio 690), plus some TV coverage in French on RDS. The Belleville Senators are in the first year of a three-year extension of their CJBQ (800) radio deal; the Toronto Marlies are streaming-only, as best we can tell.

Stateside, our local Rochester Americans stay in place on WROC (950/95.7) with Don Stevens in the booth for a remarkable 34th season; the Syracuse Crunch continue their deal with Galaxy’s ESPN Syracuse (WTLA/WSGO); the Utica Comets are also with Galaxy on K-ROCK (WKLL 94.9), and the Binghamton Devils are on iHeart’s WENE (Fox Sports 1430).

In New England, the Bridgeport Sound Tigers are streaming-only, as are the Providence Bruins and (as best we can tell) the Springfield Thunderbirds; the Hartford Wolf Pack appear to be back on WPOP (1410/100.9), though it’s hard to tell from the iHeart station’s own site.

And in Pennsylvania, the Hershey Bears are on WQIC (100.1 Lebanon), WTKT (1460 Harrisburg) and a partial schedule on WOYK (1350/98.9) in York; the Wilkes-Barre/Scranton Penguins are on Entercom’s WILK news-talk network; and it’s not clear whether the Lehigh Valley Phantoms remain on the all-podcast format that’s taken over last year’s flagship, WSAN (1470), or whether it’s streaming-only this year on the team’s Phantoms 24/7 TuneIn channel.