We don’t normally come back with an update just a few hours after your weekly NERW column appears, but this isn’t a normal Monday, at least not at Pacifica’s WBAI (99.5) in NEW YORK. 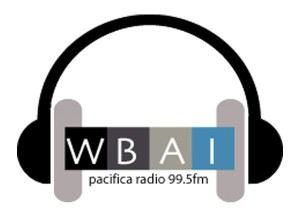 As you may have read by now over at RadioInsight, the long conflict between Pacifica’s national organization and the local WBAI management came to a head this morning. The national Pacifica board closed WBAI’s Brooklyn studio, cancelled all local programming, dismissed the local staff including station manager Berthold Reimers and PD Linda Perry-Barr, and plugged a national Pacifica feed (“Pacifica Across America”) into the WBAI transmitter.

You come here, of course, for deeper observations beyond just the breaking news, and below the fold for subscribers, here’s what we think is happening now and what’s coming next for New York’s most troubled FM frequency:

“Something had to give eventually.” That’s what we heard from a source inside Pacifica national, where it appears years of management dysfunction have finally given way to an organization that’s on the mend and trying to address issues that have been festering for years. While several of Pacifica’s stations (most notably KPFT in Houston and KPFK in Los Angeles) have become relatively stable, financially and politically, the situation in New York has been untenable for pretty much the entire century so far.

If you’ve been reading NERW all along, you know how it’s played out: the infighting locally at WBAI destabilized the station over many years, driving out some programmers and playing up some questionable programming elements (including sketchy medical advice shows and pledge premiums). WBAI’s revenues went on a steady slump, forcing the station out of its Wall Street studios and eventually into a legal battle with the Empire State Realty Trust over what became nearly $2 million in unpaid bills. While local WBAI managers marched on City Hall claiming the station deserved free rent, Empire’s lawyers prevailed, ousting WBAI and sending it across town to a new transmitter site at 4 Times Square.

Over the years, a succession of national Pacifica leaders attempted to rein in the local managers in New York, but dysfunction in Berkeley thwarted most of those moves. While some staffers came and went in New York as WBAI shacked up in a borrowed studio uptown and then in new quarters in Brooklyn, station manager Berthold Reimers remained resolutely in charge. While Pacifica attemped on several occasions to find a local management partner to take over operation of WBAI, the tensions between the national and local board ended up driving potential partners away each time, leaving Reimers and his crew to keep programming WBAI to an ever-decreasing audience.

(How bad? This from Lance at RadioInsight: “In the September 2019 Nielsen Audio ratings, WBAI had a measured CUME of 76,500 people in a market of 16,458,200. There are failing podcasts with larger audiences.”)

Millions of lost opportunities: Another story NERW chronicled over the last 25 years was the rise and fall of FM station values in big markets – and as a full class B commercial license in market number one, there was little as valuable as WBAI’s 99.5 facility. WBAI turned away plenty of offers for that big signal over the years, including several that could have put Pacifica programming on other signals, whether noncommercial FMs or commercial AMs, that would still have reached nearly all of 99.5’s potential listeners.

How much money was left on the table? Consider that at the very peak of the market in the early 2000s, the WEVD 1050 AM signal – not even one of the best AMs in New York, even with 50,000 watts day and night – changed hands for $78 million, while the 92.7 FM signal at the edge of Queens and Nassau Counties, covering only a fraction of the full market, somehow sold for $60 million. Against that backdrop, what might 99.5 have fetched? Conservatively, at least $100 million, and perhaps up to $150 million if the right deep pockets had appeared at the right time. With digital media on the horizon, what could that kind of cash have done to position Pacifica as a major player nationwide in streaming and podcasting?

Moving forward in the world of 2019: There are, as you’d imagine, a lot more questions this afternoon than answers about where things go next in the turbulent world of WBAI. The expected lawsuits from local WBAI managers and programmers are already beginning to appear, at least in the form of threats, but it’s a safe bet that anything national Pacifica tries to do will get tied up to at least some extent in court.

What the local staff and volunteers can’t change, though, is that the actual WBAI license is held by national Pacifica, and it’s thus not only national Pacifica’s right but its responsibility to take control of the signal.

Would the national board entertain a sale or swap of the 99.5 license? Its initial statements today say no, but behind the scenes there’s been pressure for years from the more stable Pacifica outposts to draw on the value of the New York license for the good of the rest of the system. There is, of course, no way 99.5 would draw nine figures if it were to be put up for sale today; at best, the frequency might pull in $30 million or so if a willing buyer even existed – but that’s still $30 million that could make a big difference in the coffers of a rebuilding national Pacifica and its stronger local stations out west and down south.

Who’d want 99.5, then? While the two biggest players in New York commercial radio, iHeart and Entercom, are capped out with five FMs each, Entercom at least has room to trade up one less-than-full-market signal, WNSH (94.7 Newark NJ). Up until earlier this year, we’d have looked to EMF as a potential buyer, but its acquisition of WPLJ (95.5) gave it the New York full B it sought for its K-Love network, and so it’s probably out of the picture. Would new entrant Red Apple want an FM to go with WABC (770), which it’s buying from Cumulus? Would public radio WNYC want a signal upgrade for its classical outlet, WQXR (105.9)? Maybe – but we’re getting way ahead of the game here, so long as it’s not at all clear Pacifica really intends to sell or swap.

(And no, Pacifica apparently has no desire to move to AM, which means it’s not a swap candidate for stations such as Emmis’ WLIB 1190, which has been sitting on the market for several years now.)

Building WBAI back from the ashes.

So let’s assume Pacifica national means what it says about the current national programming being only temporary – is there a future for a revived WBAI under new management, perhaps in time for the 60th anniversary of Pacifica’s operation of the station next year? (Hard to remember now, but there was a time New York FMs were worth so little that it made sense for the owner of a then-failing commercial WBAI to simply donate it to Pacifica back in 1960.)

The outpouring of nostalgia upon today’s news was potent, at least from a certain generation of people generally in their fifties or older: there was absolutely a time, from 1960 through to perhaps the mid-1980s, when old-school WBAI provided a window into an alternate world of ideas and music that no other radio station in town could offer.

(Music break: consider Dar Williams’ “Are You Out There,” which was all about how she discovered WBAI as a sheltered suburban teenager up in the Hudson Valley in, presumably, the early 1980s. Also, that line in Dean Friedman’s “Ariel,” a decade earlier, about his hippie sort-of-girlfriend “working for the Friends of the B.A.I.” and “collecting quarters in a paper cup.” Who’s written songs like that about WBAI, or any radio station, in the last decade?)

Back to reality in 2019, then – all those ideas that might only have found their way to suburban teenagers by way of 99.5 FM back then? They’re a penny a dozen on podcasts and YouTube now, if not cheaper. One example: remember when WBAI was the only place you could hear the “2600” folks talking about phone phreaking anywhere on the radio dial? That show, which evolved into “Off the Hook,” survived to the very end – but how many zillions of YouTube videos have made that content accessible on demand anywhere?

How would a revived local WBAI stand out in today’s media landscape? And how might it build back enough listener support to actually pay the (rather expensive) costs of operating a full-power commercial-band FM, not to mention digging out of the hole of millions of dollars in debt? It’s hard enough to do that at other Pacifica stations that have had more stability over the years, and each local station has found its own niche. In Washington, for instance, WPFW has found some success by focusing on the city’s black listeners with a heavy diet of local talk and jazz. Out west, KPFK in Los Angeles and the flagship, KPFA in Berkeley, have continued to draw listener support by being heavy on talk programming with a progressive bent.

That’s a direction WBAI had started to edge into, picking up Leonard Lopate’s talk show after he was dropped by WNYC over harassment allegations – but Lopate’s hiring touched off some of the longstanding conflicts that plagued local management there, with at least one longtime host resigning over the new programming.

Is there a path forward for WBAI that combines both professionally-run programming that can attract a viable listener/donor base, and the sort of countercultural appeal that is baked into 60 years of the station’s heritage? It will be a huge challenge, assuming Pacifica’s up for it – and as always, we’ll be watching closely for you here at NERW.

*Two more big stories this Monday that we didn’t want to wait to tell you about:

In PENNSYLVANIA‘s Lehigh Valley, WLVT (Channel 39) is branching into radio with a management deal under which it has begun operating WLVR (91.3 Bethlehem) for Lehigh University.

Lehigh’s student programming moves to a new HD2 on 91.3; WLVT is programming a soft-launch format of PRX Remix programming for the next few weeks as it readies a new NPR news-talk format to debut in November, drawing on the local reporting of WLVT’s 12-person “Reporter Corps” staff.

(More from me at Current.org on this…)

And in MASSACHUSETTS, there’s a change at the top at “Sports Hub 98.5,” as Beasley loses WBZ-FM PD Mike Thomas after a decade at the helm of the station he helped to found in 2009. Thomas is headed to Chicago as GM of ESPN’s WMVP (1000), now under an LMA to Craig Karmazin’s Good Karma Brands.

More on both stories in NERW next week, too – and don’t forget to follow us on Twitter and Facebook for breaking news as it happens! (Are you on our email list? If you’re not, head over to the right side of this very page and sign up for that, too.)