*It’s been a busy week away from the NERW keyboard – and a slow one, as far as news was concerned.

So in lieu of our usual full NERW column (and of our iHeart commentary, which we’re still working on, and which will appear here shortly), here’s a quick update of what few stories were developing last week. And we’re making this one free for all to read, because frankly, it’s too short to merit the usual paywall.

(But do consider subscribing anyway – there’s usually much more than this each week in NERW, now in its 27th year of service.)

*Where to start? How about NEW YORK, where NERW subscribers had already heard our informed speculation that WCBS (880) would bring Lynda Lopez back into the fold as its new midday anchor. 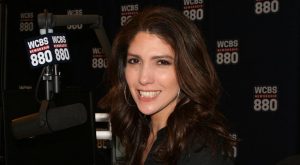 Sure enough, that was the announcement from Hudson Square last week, when Lopez was formally named as the replacement for Pat Farnack after her retirement last year. Lopez’ resume includes a slew of New York call letters on radio and TV, including WWOR, WNYW, WCBS-TV and, of course, the late “Blink” incarnation of WNEW (102.7), because we will never pass up an opportunity to recall “Blink.” Ever.

*It’s too early yet for “Baseball on the Radio,” but the Altoona Curve of the Eastern League were in the news last week from PENNSYLVANIA, after re-upping their rights deal with WRTA (1240). Now that WRTA is part of Matt Lightner’s growing cluster in the region, Lightner’s other stations, including WBXQ, WBRX, WKMC, WTRN and WYUP will have a presence in the ballpark this year, too.

*In RHODE ISLAND, Emily Boldin has departed the Cumulus offices on Wampanoag Trail in East Providence, where she had been programming WWLI (Lite Rock 105) while also serving as corporate VP for AC formats. She’s moving to Atlanta for that corporate gig; Mary Ellen Kachinske, the new OM for the cluster, will assume programming duties for WWLI.

*There will be news from CANADA in the week to come: the CRTC says it will finally issue a ruling by Friday on Evanov’s long-running attempt to improve its Toronto FM signal. That attempt has taken several forms over the last few years, most recently with a May 2018 application to shift low-power CIRR (103.9) down the dial to 103.5, with a power boost from 225 watts DA up to 20 kW DA and an antenna move up to First Canadian Place (the master FM antenna site that’s not the CN Tower). To make that happen, sister station CIDC (103.5) north of Toronto in Orangeville would drop power and move to 103.7, with a directional antenna keeping its signal out of Toronto.

Evanov would move its “Z-103.5” top-40 format from CIDC down to CIRR, preserving CIRR’s current LGBTQ-focused “Proud FM” format on an HD Radio subchannel – if the CRTC approves, which we’ll find out this week.

*Down the dial in Toronto, it appears Ruby and Alex Carr are out of mornings at Corus’ CFNY (102.1 the Edge), a year after the brother-sister duo arrived in what’s been a turbulent daypart. There’s been no official announcement, nor any word about who might get that gig next.