*The news rocketed around the online radio-sphere over the weekend: “Woo-Woo is gone!” 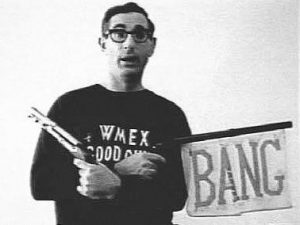 It didn’t need much more than that one name – Arnie “Woo-Woo” Ginsburg has been one of the most enduring voices of Boston top-40 radio, spanning its entire history from the early years of WBOS and WMEX through to WRKO and Kiss 108.

And, thankfully, it turned out not to be true: after initial reports of his demise started spreading on Saturday, the corrections soon followed: Ginsburg, 93, is indeed gravely ill and likely “in his last days,” according to his partner – but still alive as we get this delayed issue of NERW out to you.

The local Maine website that initially carried his obituary first corrected the story, then pulled the article entirely, but not before it began showing up in several trade publications and was widely circulated by email.

When the time comes – and we hope it’s not right away – we’ll present a full remembrance of the influence this scrawny kid from Brookline with the weird voice had on the development of top-40 radio, not just on the air but behind the scenes as well. For now, though, we join with the New England broadcast community in wishing Woo-Woo well.

*There is, however, another well-known Boston radio voice who really is being mourned this week: “the famous Jim Sands” really was famous for decades of smooth-talking radio not only in the Hub but also in MAINE and New York.

A Boston native, James Samprakos served in the Air Force during the Korean War, then went into radio in Portland, where he made a name for himself as a DJ at WLOB (1310) and WJAB (1440).

Returning home to Boston, Sands settled into a long and successful career, most notably as the proprietor of the “Famous Jim Sands Oldies Show” on WHDH (850), but also with stints at WBZ and later at the 1150 incarnation of WMEX in the 1980s and at WODS (103.3). Sands also worked at New York’s WNBC (660) and spent some time doing radio in Hong Kong.

Later in life, Sands turned his attention back to his art and to playing music (he was an accomplished violinist), but he stayed on the air as well, hosting nights on Cape Cod at “Koffee” WKFY (98.7, now 101.5) until just recently.

Sands was 86 when he died on Friday on Cape Cod; services will be held graveside on Wednesday morning at Massachusetts National Cemetery in Bourne.

*Some of the biggest public radio operators around the country have been making big cuts as the economy around them tightens: Minnesota Public Radio dropped “Live from Here” (the successor show to “A Prairie Home Companion”) and cut newsroom jobs; KPBS in San Diego made big reductions to its newsroom staffing; Chicago’s WBEZ ended its production deal with several weekly shows and podcasts – and Boston’s WBUR (90.9), alas, was not immune.

With a heavy reliance on underwriting revenue and on income from its temporarily shuttered “CitySpace” event space, WBUR’s budget was vulnerable to the shaky economy. Last week, it announced a sweeping round of cuts, including a 10% staffing reduction (29 jobs in all), the departure of several key executives and the cancellation of one of its three national shows, the weekend “Only a Game” sports hour. 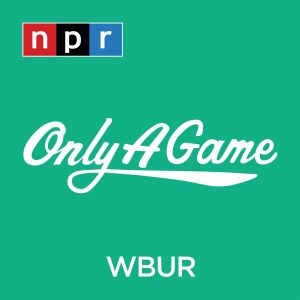 “OAG” never named a permanent replacement host after the retirement of its founding voice, Bill Littlefield, in 2018. That lack of a host, combined with the uncertain status of sports right now, made the show vulnerable – and, sadly, has resulted in the departure of the entire OAG staff, we’re told.

Executive news director Tom Melville, digital managing director John Davidow and operations/production director Peter Lydotes are all out as part of the cutbacks, and WBUR says veteran news executive Sam Fleming will “accelerate” his planned retirement after more than 30 years with the station, including a stint as interim GM before current leader Margaret Low arrived recently.

In addition to the “OAG” cancellation and executive departures, there are cutbacks much lower down the food chain: several WBUR part-timers are out, including the hosts who had been providing live news and weather updates at night and on weekends. (Since the pandemic started, WBUR had been automated after hours, so those voices hadn’t been heard live in a while.)

*Across town at WGBH, there’s a successor in place when Phil Redo steps down as general manager for news on July 1: Pam Johnston, who’s been serving as senior director of strategy and audience for PBS’ “Frontline,” will take over at the helm of the WGBH news department. Johnston has a history with news in Boston: she was news director back when Tribune ran a separate news department at WLVI (Channel 56), before selling the station to Sunbeam’s WHDH.

*Things are getting back to normal at Ed Perry’s cluster of stations south of Boston, where Monday marked the relaunch of local programming on Brockton’s WBMS (1460/101.1). WBMS had been doing separate daytime programming for a few months before the pandemic sent it back to a simulcast of Perry’s mothership, WATD (95.9), but now it’s back with separate hosts: Joe McMillan takes over at 9 after the WATD morning show simulcast ends, followed by Lindsy Parker from 2-6 PM weekdays.

*We know a little more about the return of one of NEW YORK‘s oldest call letters. “WEBR” was first heard on the Buffalo radio dial way back in 1924, eventually coming under Buffalo Evening News ownership, then the competing Courier-Express and ultimately becoming a unique public radio all-news outlet under the aegis of WNED in the 1970s and 1980s.

The WEBR calls disappeared from AM 970 in the 1990s (it was later WNED AM and is now Crawford’s WDCZ), but some of the voices who made the station famous will return along with the calls on July 6. 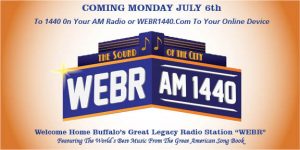 That’s when WJJL (1440 Niagara Falls) will relaunch with the WEBR calls and a format change from oldies/leased time to the “Great American Songbook,” under new owner William Yuhnke’s Kenmore Broadcasting. (The new studios will be at the 1580 Kenmore Ave. offices of Yuhnke’s cab company.)

Bob Stilson and former WECK morning co-host Gail Ann Huber will do mornings, veteran broadcaster Don Angelo will be general manager, and other familiar voices will include longtime Channel 2 weatherman Barry Lillis and jazz jock Al Wallach, who was one of the longest-running voices of the old WEBR.

*There’s a job opening coming at Saga’s Cayuga Radio Group in Ithaca, where John Summers is preparing to depart as brand manager/news director for WHCU (870/97.7). He’s headed for sunny New Mexico to become news director at Citadel’s KKOB in Albuquerque.

Here in Rochester, “Fitz” is leaving the schedule at Stephens’ adult hits WFKL (Fickle 93.3). Scott Fitzgerald has been in the morning chair there for almost six years, but for the last couple of years he’s been building a thriving outside business, the Roc Vox Recordings podcast studio, and now he’s going to make that his full-time gig, leaving Fickle at the end of June. No replacement has been named yet. 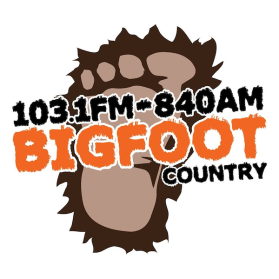 *In PENNSYLVANIA‘s Pocono Mountains, WVPO (840 Stroudsburg) is getting ready for a relaunch under new owner Seven Mountains. RadioInsight reports that July 3 will be the sign-on date for its new translator, W276DG (103.1), which will come with a format change from ESPN sports to Seven Mountains’ flagship “Bigfoot Country” format.

Becca Lynn, who’d been working down the road at Cumulus’ “Cat Country” WCTO (96.1 Easton), will join the new Bigfoot for on-air duties.

(And stay tuned next week for more details on the full scope of Seven Mountains’ plans for its July 3 relaunch of its Elmira-Corning cluster of stations.)

*While we’re in the Poconos, we note the FCC has entered a consent decree with Anthony Edwards over his unlicensed operation of “World Hype Radio” at two different Stroudsburg locations on 90.7 and 91.5 in 2017 and 2019. Edwards will surrender his equipment and pay a $1500 fine, with the threat of a $23,500 in reserve if he’s caught illegally on the air again.

*In CANADA, there’s no longer full-time classical music in the largest Francophone market, Montreal. Leclerc Communications took over operation of CJPX (99.5) from Radio Classique on June 15, immediately ending its classical format and stunting for two days with French-language pop. 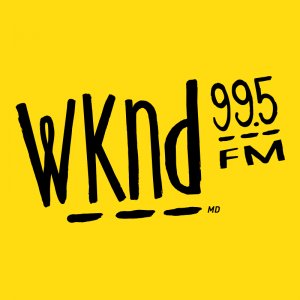 On June 17, Leclerc soft-launched the 99.5 signal as “WKND,” a duplicate of the pop music heard on its CKLX (91.9) in Quebec City. For now, the new Montreal WKND is music-only, with a more formal launch of personalities coming in August, if you believe the countdown clock on its website.

*Over in Quebec, there’s more change coming: for now, Radio Classique’s CJSQ (92.7) continues to run the all-classical format in that market, though Steve Faguy expresses doubt that it can keep doing that for the long haul.

Faguy also notes a format change at Bell’s CHIK (Energie 98.9), which has ditched talk and returned to a rock format similar to the other Energie stations Bell owns around the province.

Jérôme Landry is gone from afternoons, along with morning host Stéphane Gasse, Faguy says, plus a half-dozen other talk hosts. The new schedule at CHIK includes a morning show with Hugo Langlois, moving from sister “Rouge” station CITF 107.5), middays with Marie-Christine Champagne and afternoons and evenings fed from the Energie network based at Montreal’s CKMF (94.3).