*Who are the unsung heroes of local radio?

In places like VERMONT, they’re people like Amy Lynn McGovern, who spent almost 30 years holding down airshifts and doing production at Northeast Broadcasting’s “Point” (WNCS), Radio Vermont’s WDEV and WLVB, and most recently in middays on Hall Communications’ WKOL (Kool 105.1), as well as at sister stations WOKO and WIZN. 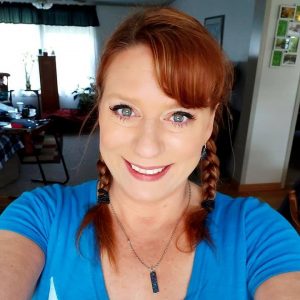 McGovern (she was just “Amy Lynn” on the air) had also worked for Seven Mountains at WZWW (3WZ) in State College, Pennsylvania. An avid fan of motorsports, she had her own NASCAR show and reported from the pits at Vermont’s Thunder Road. And she was a passionate motorcycle rider – which is what she was doing when she went off the road Wednesday evening in the town of Georgia, Vermont.

McGovern died at the scene of the crash, according to the Franklin County sheriff’s office. As news of her death spread through the tight-knit Vermont broadcast community, it was greeted with disbelief and then with stories of her talent, her passion for music, and her exuberance.