A NOTE TO OUR READERS: Effective with this week’s edition of NERW, we’ve switched to a new membership platform. With huge thanks to our site’s tech guru, Lance Venta, we think we’ve made everything seamless – you’ll log in with the same username and password you’ve been using, your ongoing membership payments will continue to go through, and you can enjoy all of the exclusive news in today’s NERW and in more than 20 years of archived weekly columns.

If you’ve never been a member, or if you need to renew or change your membership level, we hope the new system will work much more smoothly for you! You should get more reliable reminders at renewal time, and you’ll have easier access (under the “your membership” tab) to your account information.

Here’s another incentive to join now: while we’ve changed our membership levels for the first time in more than a decade, you can still join until September 30 at our old Professional and Individual membership levels for your first year of membership. Save $5 from our new rates by using coupon code 5OFF2020 when you check out!

Since 1995, NERW has been the place for the most comprehensive coverage of radio and TV in the northeastern US and eastern Canada. There’s no corporate overlord telling us what to cover or how to cover it – it’s literally a mom and pop operation, plus Sadie the dog. Without your membership support (and your calendar purchases!), we wouldn’t be able to keep doing this every single week, in addition to offering Tower Site of the Week and the Top of the Tower Podcast free for all to read and listen to.

Especially right now, Lisa and I are grateful for your memberships and your support! We’re eager to hear how the new system works for you, and of course we’re here to help if anything isn’t working perfectly. Please drop Lisa a line (lisa@fybush.com) or call her (585-442-5411, 9AM-9PM ET) for immediate assistance with your membership.

Thanks – and on to the next chapter in the never-ending evolution of Fybush.com…

In this week’s issue… Silent Boston AM sells – EMF adds in NH, VT – Albany morning show out – Short renewal for troubled Canadian AM

*Once upon a time, Boston’s WILD (1090) was a pretty important station in town, at least for a daytimer. As long as the sun was up, its 5000-watt signal covered most of the market, providing the only radio voice that mattered for the city’s Black community. It changed hands from local ownership to Radio One, spawned an FM sister (which eventually ended up in iHeart’s hands as WKAF 97.7), 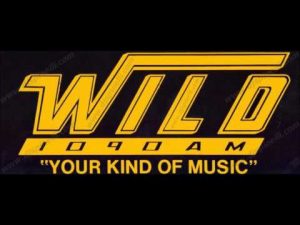 WILD’s last ties to the Black community ended in 2016, when Radio One sold the station to John and Greg Douglas and James Su, operating as Radio Boston Broadcasting. Su had been leasing time on WILD for China Radio International programming, which continued at first after the $888,326.16 purchase. But transmitter problems left WILD off the air as much as it was on – and even when it was on, WILD’s modulation was often unlistenably low.

WILD had more problems, too: it had sold off its longtime Medford transmitter site for development, instead diplexing down the road with iHeart’s WKOX (1430). But that site, now owned by Vertical Bridge, has long been for sale, potentially leaving WILD without a transmitter location. (WKOX, meanwhile, was donated to a Salem offshoot and will end up diplexing with one of Salem’s AMs at a different location, eventually.)

That’s a lot of back story, we know – but there’s a reason we share it all: it explains why when the Douglases and Su found a buyer for WILD last week, it was at a comparative bargain price of just $80,000.

The buyer is an experienced broadcaster: Bill Blount and his Blount Masscom group, which runs Christian talk stations across New England, including WVNE in Worcester, WDER in New Hampshire and WARV in Rhode Island. (Disclaimer: Fybush Media is a technical consultant to Blount, though we weren’t involved in this transaction.)

Blount will bring his “Life Changing Radio” programming to WILD (which will keep its calls) once an LMA begins, and that’s contingent on getting an STA for an alternate transmitter site should WILD have to move from the existing location in Medford.

With the donation of WKOX and the sale of WILD (not to mention last year’s revival of WMEX, about which we’ll have more later in the column), Boston’s AM dial appears to have just about reached a point of renewed stability: only Alex Langer’s stations, WSRO 650 out in Ashland and WZBR 1410 in Hyde Park, are silent at the moment.