*It won’t be the story of 2020, of course, but national radio format consolidation is certainly a big story of this most challenging year, on both sides of the border.

Even as iHeart continued slowly chipping away at jobs on the US side last week (will the slow-motion uncertainty and pain it’s imposing on its remaining staff ever end?), two of Canada’s giant broadcasters made bigger moves in several markets, reinforcing our long-held contention that Canadian broadcasters have remained several steps ahead of most of their US counterparts when it comes to consolidating “local” radio at the national level.

Consider Rogers, which was making cuts from coast to coast last week, axing local “Breakfast Television” morning shows at its CityTV stations in Vancouver and Calgary, as well as one radio morning show in Vancouver – all while taking a hatchet to staffing in Halifax, where it appears nearly half the staff at “News 95.7” (CJNI) is gone.

“(The) lay off axe was swung with wild abandon,” tweeted now-former reporter David Heintzman. Anchors Skye Bryden-Blom and Steve Gow, morning editor Steve MacArthur and talk hosts Sheldon MacLeod and Todd Veinotte are all out there, and it’s hard to imagine the existing format won’t see big changes, too.

A day after the Tuesday cuts at Rogers in Halifax, it was Bell Media’s turn across town. At CIOO (C100), 30-year Halifax radio veteran JC Douglas and Melody Rose were cut from the morning show on Wednesday. Douglas had moved to C100 from crosstown competitor CFRQ (Q104) five years ago, where he’d been PD; Rose joined him a year later, reports Broadcast Dialogue.

And while C100 will at least (we think) keep its branding once its holiday music comes to an end in a few weeks, the same isn’t true a few hundred km to the west at CJCJ (CJ104) in Woodstock, New Brunswick, where Bell cut morning man Ed Shaw as it rebranded the station with one of its national brands, “Pure Country.”

*But the move to national branding in New Brunswick was just a sideshow compared to the moves Bell made on Thursday in southwest Ontario. 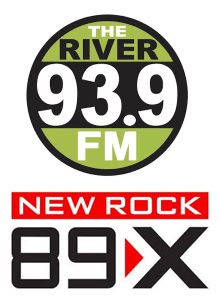 Windsor can’t be an easy market to do commercial radio in these days: the city’s entire identity is so closely tied to its much bigger neighbor just to the north, Detroit, but for eight months and counting, the Ambassador Bridge and the Detroit-Windsor Tunnel have been all but sealed shut, with no Michiganders able to come to the casino on the Windsor side and no Windsorites able to cross to Detroit for shopping or (nonexistent) entertainment or sports.

Bell had already closed down its Michigan-based US sales office a few years ago, recognizing that its Windsor stations were becoming increasingly reliant on Canadian audiences and advertisers. Even so, Bell’s FMs still leaned somewhat heavily on audiences across the border – and it was Detroit media and listeners who were quickest to react Wednesday when the news emerged that the alt rock on CIMX (88.7) was about to go off the air after three decades.

A few hours later, the other shoe dropped: it wasn’t just “89X” headed for the exits at noon on Thursday, but also AAA CIDR (93.9 the River). When the formats flipped at noon, those unique-to-both-market formats were gone, as were their entire airstaffs. In their place were two of Bell’s national formats: on 88.7, “Pure Country 89,” and on 93.9, top-40 “Virgin Radio.”

While they’ll still have some local content in mornings and middays, the new Pure Country and Virgin entries will follow the Bell pattern the rest of the day, with Pure’s national midday show and then the US-based Bobby Bones show at night on 88.7. For Windsor listeners, 88.7 will become a fourth country option, adding to Blackburn Radio’s local CJWF (95.9)/CJSP (92.7), plus the strong Detroit signals of Cumulus’ WDRQ (93.1) and Entercom’s WYCD (99.5). On the top-40 side, 93.9 will compete with iHeart’s WKQI (95.5). (While Bell licenses the “iHeart Radio” brand in Canada, there’s no ownership connection across the border.)

And with Bell pulling its Canadian-flavo(u)red version of alt rock out of the market, Entercom reacted swiftly on the Detroit side: three minutes after the noon flip at 89X, Entercom killed its soft AC “Breeze” format mid-song on WDZH (98.7), replacing it with “Alt 98.7,” a Motor City version of the format Entercom has been rolling out across the US. Will Detroit want to hear the national Alt morning show from New York’s WNYL (Alt 92.3)? And, as long as expenses stay low right now, will it matter?