*The ongoing job reductions at iHeart’s radio stations haven’t spared any departments – and last week, that included engineering, one of those areas that usually tends to survive even as other higher-profile departments take the brunt of cost-cutting. 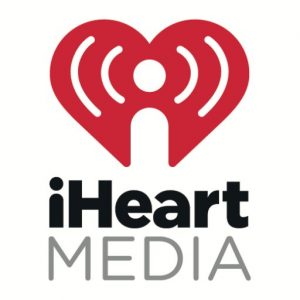 We’d known for a while that some cuts would likely be coming in iHeart’s engineering ranks, though: the company had already started moving to a “tiger team” model of specialists who could be called in as needed when markets needed specific help with complex tasks like AM directional arrays, or when there was a massive issue that needed more help than a market’s own staff could provide.

As with all of iHeart’s recent cuts, there’s a lot we don’t know officially or specifically about the latest shifts to its engineering model; the company doesn’t announce who’s been cut, or even how many jobs it’s cut in total. In a small field like broadcast engineering, though, nothing stays totally secret, and here’s what we know so far.

Some small iHeart markets had already lost local engineers entirely, and now there are more joining those ranks. Last week’s cuts left Cape Cod without a local engineer, for instance, and we believe that’s also true now of several other smaller markets. (Others, such as Williamsport, were already calling in help from larger markets when something needed fixing.)

In larger markets, the model is apparently down to just a single engineer, and often that engineer is spread across several nearby markets, too – there’s now just one engineer handling an AM DA, a group of mountaintop FM sites and a big studio complex in Hartford, with additional duties in New Haven and Springfield, for instance. When more help is needed, that’s where Boston comes in – but Boston is also handling the New Hampshire markets and now Cape Cod, as well as assisting the one remaining engineer in Providence. There will also apparently be a greater reliance on contract engineers – but they’re in short supply already in some markets, and former iHeart engineers who turn to contract work might not always be able or willing to put their old stations at the top of the priority list when they’re also lining up other clients.

The greater centralization of operations goes beyond engineering, of course. The company has been working on centralizing everything from traffic to music scheduling to sales, not to mention on-air talent – and that, in turn, means some of those sizable studio complexes that are increasingly sitting empty might be going away completely. A small or medium-market cluster of five stations that has only a couple of local airshifts doesn’t need five studios anymore, even before the pandemic moved air talent into home studios – and so we expect the next chapter in the downsizing of iHeart’s broadcast operations to involve downsizing of many of its physical facilities.

What will a post-pandemic radio studio landscape look like, and who will be left to keep all the engineering running? That’s a question we’ll be tackling in more detail here and elsewhere in the months to come…