*Almost thirty years after it brought all-sports radio to MASSACHUSETTS for the first time, Boston’s WEEI no longer has any of its original talkers on its schedule. Dale Arnold occupied a midday slot on the station through multiple dial positions (590, 850 and now 93.7) and a spinning wheel of owners (Helen Broadcasting, the Celtics, ARS, Entercom) – and on Thursday, he told listeners his Friday show with Rich Keefe was going to be his last. 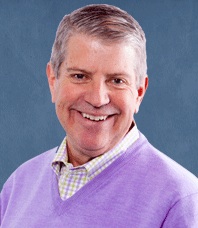 Over the years, Arnold shared the midday mic with everyone from Eddie Andelman to Bob Neumeier to Michael Holley. In 2011, a shakeup broke up the Arnold/Holley pairing, moving Arnold to weekends for a few years before he returned to weekday hosting in 2014.

Arnold told listeners his wife has been suffering from medical issues that forced her to leave her job last fall, prompting him to cut back his workload. After years of doing Bruins play-by-play, Arnold is now the studio host for NESN’s Bruins broadcasts, a job he’ll keep in the winter months. He says he was offered part-time work at WEEI but turned it down. (He’ll still be heard on the station calling some Red Sox games this summer, though he says he’ll spend most of the summer in Maine this year.)

Andy Gresh, the former WBZ-FM (Sports Hub 98.5) “Gresh and Zo” host, will return to Boston radio this afternoon as Keefe’s co-host, as WEEI struggles to find the ratings success that’s been eluding it the last few years. After leaving the Sports Hub, Gresh had been working at WTIC in Hartford and at WPRO in Providence; he left WPRO in January, citing a “business disagreement.”

Arnold’s departure and Gresh’s arrival is just one of several changes at WEEI: Friday was also the last day for Danielle Murr, who’s been part of Greg Hill’s morning show for 15 years, first at WAAF and since 2019 at WEEI.

Murr told listeners Wednesday she’s departing to pursue other business opportunities, including podcasting; no replacement has been named yet on Hill’s show.