*It’s been an unusually quiet week in NERW-land… unless, that is, you work for what used to be known as Entercom. 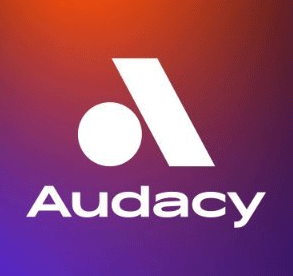 The Philadelphia-based media company made a splash Wednesday morning by telling employees and investors that it’s rebranding immediately as Audacy. Not the Honda minivan beloved by soccer moms – that’s the Odyssey – nor the freeware audio editing suite (Audacity), or the pioneering digital audio workstation from the late 90s (that was the Orban Audicy, as some of us old-timers still recall), but rather “Audacy” with an A, a brand name purchased from a now-defunct startup that was trying to build a network to communicate directly between satellites in low-Earth orbit.

Why walk away from a name that’s been in the Field family since Joe Field launched “Entertainment Communications, Inc.” in 1968? While the next generation of Fields still run Entercom – er, Audacy – it’s a public company that’s depending on Wall Street to see it as more than just a slow-growth operator of terrestrial radio stations.

“It’s part audio, it’s part audacious and it’s part odyssey,” was CEO David Field’s on-air explanation to flagship station WCBS (880) in New York during the public announcement Wednesday morning. (If you read our sister site RadioInsight, of course, you knew what was up on Tuesday night.)

Even though one of Entercom’s crowning moments just a few years ago was the the acquisition of CBS Radio’s major-market clusters (including New York, Boston, Pittsburgh and a hometown cluster in Philadelphia), Audacy wants investors to see it as having evolved from a radio company into an audio company with a “leadership position in virtually every segment of the dynamic and growing audio market—including broadcasting, podcasting, digital, network, live experiences, music, sports and news.”

How much do you rebrand when you make a big move like this? In Audacy’s case, it includes not only the corporate name but some pretty valuable consumer-facing brands, too. For the last few years, Entercom’s radio stations identified themselves to listeners as “Radio.com stations,” building a significant identity around the platinum-plated domain name and app that came as part of the CBS Radio acquisition. As of Wednesday morning, though, “radio.com” is no more: the app was immediately rebranded as “Audacy,” forcing all those radio stations to spell the name out carefully to help listeners find the new brand with its less-than-intuitive orthography.

Will the new Audacy find a fast lane to success? It’s not out of the question, since Field has been aggressive about branching out into new audio ventures that both move beyond terrestrial radio and have the potential to contribute to its radio properties. The company is already a leading producer of podcasts, with several more big-name offerings in the pipeline, and it’s been a leader in developing new audio assets related to sports betting, including the BetQL brand that it’s started expanding into sports radio. (In Chicago, a new BetQL-branded sports talk format started just a couple of weeks ago on an HD2 subchannel of WCFS-FM.)

And as subscribers will learn in the rest of the column, the new Audacy is already coming with some changes at a few of its broadcast properties…

Site of the Week 4/2/2021: Broadcast Artifacts at the Newseum