*It’s been a while since we’ve led off the column with NEW YORK‘s WBAI (99.5), and we do so this week not for another installment of its never-ending management and fiscal woes, but rather because of the death of one of the Pacifica station’s most enduring and recognizable voices.

Bob Fass, who died Saturday in North Carolina, survived innumerable changes of programming, leadership and direction at the listener-supported community station to set a record that may never be broken: his “Radio Unnameable” show aired in one form or another as part of WBAI’s schedule for 54 years, starting in 1963 and continuing to the present day with only a short break in the late 1970s for – well, we’ll explain that in a moment.

Fass, a Syracuse University graduate and Army veteran, was a young actor with a blossoming career off-Broadway when he arrived at WBAI in 1963 as an announcer, at just the right time to take over an overnight shift that nobody else wanted. It was a perfect match of host, timeslot and circumstance: Fass became one of the fathers of freeform radio, filling the overnight hours with readings, live performances, surprise guests such as Bob Dylan, and hours and hours of listener phone calls.

The show became more political as the times did; Fass and his “cabal” of listeners engaged with protests over the Vietnam War, covered the Democratic convention in Chicago in 1968 and the occupation of Columbia University, and helped to start the Yippie movement.

Fass was deeply involved in the first of many WBAI crises in 1977, when he was part of a unionization movement at the station that clashed with management, leading to an occupation of the WBAI transmitter room at the Empire State Building while Fass barricaded himself inside the station’s studios until phone lines were cut and his show was silenced. Exiled from WBAI afterward, Fass took his show to New Jersey’s WFMU for several years before returning to the station in 1982. 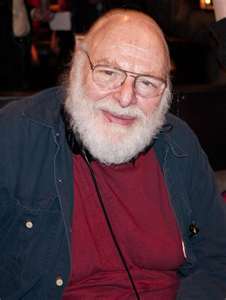 Working without pay, Fass struggled with poverty and the fate of his copious archives, some of which were damaged in a fire as he was moving from Staten Island to Connecticut. (The archive collection, more than 10,000 hours of radio, was acquired by Columbia University in 2016.) While his show was cut back to just once a week, “Radio Unnameable” remained a fixture in a schedule otherwise filled with more specifically political shows and hours of medical-supplement fundraising.

Fass had been hospitalized with COVID-19 earlier in the month, according to the Times, but his wife, Lynnie Tofte, told the paper he died of congestive heart failure. His tenure at WBAI was celebrated Sunday night with a special broadcast, and will surely be recognized further by the station in the weeks to come.