*Memorial Day weekend typically comes with some substantial format changes around the country. This year, it seems to be just the beginning of some larger shuffles for a few big groups, most notably iHeart.

One of the first signs of change came last Monday, when WKAF (97.7 Brockton) in the Boston market dropped its classic R&B format, replacing “97-7 the Beat” with a one-day stunt with Spanish-language music before flipping Tuesday at noon to “Rumba 97.7,” playing Spanish-language hits with a heavy emphasis on reggaeton.

The move returned iHeart’s “Rumba” brand to the market a year after it had disappeared with the donation of WKOX (1430 Everett), the most recent of several iHeart “Rumba” signals on AM. It’s the first time a Spanish-language format has been on a full-power FM signal in the core of the Boston market, though the limited reach of 97.7 to the north means WKAF probably won’t pose much threat to the established Spanish-language players in the Merrimack Valley, such as Costa-Eagle’s WNNW (800/102.9) in Lawrence. 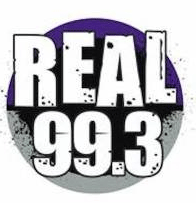 While iHeart was moving one of its signals away from the Black audience in greater Boston, it brought new service to that community in central Pennsylvania on Friday. At 11, WHKF (99.3) dropped its “Alt” modern rock format and began looping “It’s The End of the World (As We Know It)” by REM, and an hour later the signal relaunched as “Real 99.3,” bringing a Black-focused format back to the Harrisburg market for the first time in almost a decade. (Back then, it was more of an R&B sound, via “The Touch” on WTCY 1400 and its FM translator at 95.3.)

The new “Real” is really syndicated, in keeping with iHeart’s current practices – Big Sue (WHRK Memphis) in middays, followed by Papa Keith (WMIB Miami) and then T-Roy (WJBT Jacksonville) at night. For now, mornings are music-only, but expect the New York-based “Breakfast Club” to take that slot starting next week.