*When iHeart turned off the soft AC “Breeze” on its WISX (106.1 Philadelphia) on Tuesday, ending the format’s run after just over three years in favor of a temporary simulcast of top-40 WIOQ (Q102), the speculation ramped up in earnest about what might show up next on this oft-flipped frequency. Over the last few decades, 106.1 segued from smooth jazz to rhythmic AC to hot AC and back to rhythmic AC before the Breeze blew in late in 2018. 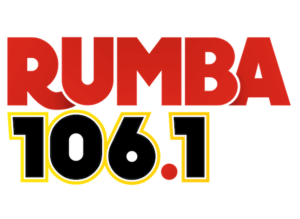 As the simulcast ended on Thursday at noon, the answer became clear: a 24-hour stunt loop of Bad Bunny songs pointed the way towards 106.1’s relaunch on Friday as “Rumba 106.1, #1 Para Reggaetón Y Variedad.”

The new Spanish-language station, which launches with 10,000 commercial-free songs, brings back the Rumba brand that Clear Channel had used in 2006-2007 on WUBA-FM 104.5 (now “Alt” WRFF) and then from 2007-2011 on WUBA (1480). Unlike that version of Rumba, which was more of a Spanish tropical format, the new “Rumba” is a higher-energy format aimed at a market that’s now considerably more Hispanic than it was a decade and a half ago.

The new Rumba brings a full-market class B signal to bear against the existing Spanish-language stations in town with similar formats, the AM/translator combinations of “Mega” (WEMG 1310/105.7) and “La Kalle” (WHAT 1340/99.9). It also provides the potential for sales pairings with other nearby iHeart formats, including the existing “Rumba” in Reading (WRFY-HD2/92.3) and the growing “Rumba” in Boston, WZRM (97.7). The Boston station has just added a local midday shift to its schedule, hosted by Sergio “Chocolate” Toribio, who joins PD Tony Banana in afternoons and the syndicated Enrique Santos in mornings.

As for the Breeze, it had only one local voice at the end, morning host Valerie Knight, who was let go as part of the format change.