*For more than 60 years, the WAMO callsign in Pittsburgh has stood for more than just the three rivers (the Allegheny, Monongahela and Ohio) that intersect at the heart of the city. 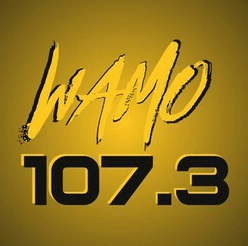 It’s meant radio catering to the market’s Black population, even as the callsign and formats have shuffled among various frequencies and owners over the years.

Now WAMO is on the move again. Last week, current owner Martz Communications announced it’s selling the station’s intellectual property to Audacy, which will LMA the current WAMO signals, the Wilkinsburg-licensed AM 660 daytimer and its translator on 107.3.

To recap some of the oft-confusing history here: it was back in 1956 that Homestead-licensed WHOD (860) changed city of license to Pittsburgh and took the WAMO calls, launching an era of outstanding Black-oriented radio. WAMO added a powerful FM signal in 1960 on 105.9, which carried the format through the transition from AM to FM dominance. In 1996, WAMO swapped the big 105.9 signal for cash and a smaller, rimshot signal on 106.7, and in 2010 Sheridan sold the WAMO signals to a Catholic broadcaster.

Two years later, Martz resurrected the WAMO callsign and an urban format on 660 and eventually two translators; for a time, there were two “WAMO” signals on the Pittsburgh airwaves, one with adult R&B and the other with hip-hop. That marked the start of a collaboration with what was then Entercom, since Martz used one of Entercom’s FM HD subchannels to feed the second format.

In 2020, Martz consolidated both WAMO formats back to a single format on 660 and 107.3, leasing out the other translator at 100.1 to Audacy to become the FM home of news-talk KDKA.

That brings us full circle, then: under this deal, Audacy will take over everything but the AM and translator license, operating WAMO as part of its cluster that also includes KDKA, sports KDKA-FM, hot AC WBZZ and country WDSY.

“We will bring scale and leadership in the urban format, while continuing WAMO’s mission of celebrating cultural diversity and commitment to promoting quality diverse music, community support, fan engagement, and local and national news,” said Audacy market manager Michael Spacciapolli in the announcement of the transaction, which was brokered by Dick Ferguson.