The Year in Programming, People and Calls (July-December)

It’s that time again: at long last, we’ve arrived at the end of a challenging year, both for the industry as a whole and for your editor personally. And that means we take a break from our weekly roundup of industry news for our 21st annual Year in Review edition. Year in Review installments will appear daily beginning today, all week long through our wrap-up on Friday, January 2, so check back every day for a new installment. We’ll resume our regular NorthEast Radio Watch report on Monday, January 5, 2015, and Tower Site of the Week is back Friday, January 9, 2015. (And in the meantime, our own Twitter and Facebook feeds and RadioInsight will be here with any breaking news!)

Back to Part Two: The Year in People, Formats and Calls

One of our long-running traditions here on Year in Review is to go back, month by month, to look at all the people. formats and callsigns that made headlines during the year, and there are so many of them that we’ve broken them up into two daily installments.

It’s Cumulus leading off the month’s news with its July 4 relaunch of the former WFAS-FM (103.9), relocating the signal from Westchester County to the Bronx after many decades. As part of the Cumulus New York cluster, 103.9 becomes “New York’s 103.9,” WNBM, playing rhythmic hits and oldies for the limited portions of the city that can hear its class A signal from atop the Montefiore Medical Center. Back in Westchester, WFAS (1230 White Plains) soldiers on with a skeleton staff as an AC/talk hybrid, joined at summer’s end by translator W232AL, relocated from Rockland to Westchester as a replacement “WFAS-FM.”

In Connecticut, July 7 is the day Connoisseur takes control of Buckley’s WDRC-FM (102.9 Hartford) – and the day most of its airstaff, including PD Grahame Winters, floyd Wright and Ron Sedaiile, are shown the door. July talent cuts also include Marti Casper, morning host at Stephens’ WFKL (93.3) in Rochester, though she’ll soon resurface up the dial at WLGZ (102.7 Webster).

In Pittsburgh, rumors begin swirling of a big FM format flip at Clear Channel – and up the dial at CBS Radio’s WDSY (107.9), veteran afternoon jock Stoney Richards announces his plans to depart September 10.

A surprise FCC thaw of some very old translator applications yields a New York-market construction permit for California’s Living Way, which gets 91.9 in “Weehawken NJ” to operate from Manhattan in potential conflict with WHCR (90.3)’s Harlem application to move to that same frequency.

Gone: CJFL 104.7 Iroquois Falls ON (July 2, after failing to win a power increase from the CRTC); CKCO-TV-2 Wiarton ON (deleted after losing its transmitter site in February); 23 North Street, the longtime home of Buffalo’s WEBR radio, after massive fire damage preceding a planned renovation. 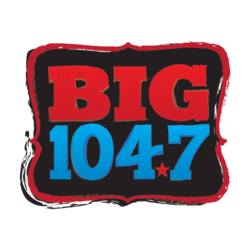 The Clear Channel Pittsburgh rumors turn into very sudden reality on August 1, as the talk format at WPGB (104.7) gives way to country as “Big 104.7,” sending Rush Limbaugh and the rest of the former WPGB lineup over to WJAS (1320) and displacing the standards format there.

In Hartford, Marlin’s exit from the market is immediate: on August 1 at 5 PM, rocker WCCC-FM (106.9) flips to K-Love under an LMA ahead of an eventual sale of the FM and sister WCCC (1290) to EMF Broadcasting. Over at WDRC-FM, Kim Zachary, the last Buckley holdover, exits mornings as Connoisseur begins simulcasting Chaz and AJ from WPLR in New Haven.

In Boston, Baltazar’s morning run at Greater Media’s WBQT (Hot 96.9) turns out to be a brief one: after just over a year, he’s out and Pebbles picks up new co-hosts .Baltazar’s run in Boston pales by comparison to the 38-year WBZ-TV (Channel 4) career of anchor Jack Williams, who announces his retirement, and the 41 years of morning anchor Harry Donahue at KYW (1060) in Philadelphia, also at an end. 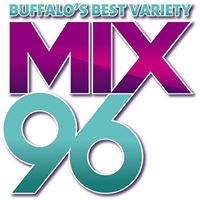 Western New York is in the spotlight with a series of format changes including a Townsquare shift of WJYE (96.1) to hotter AC as “Mix” WMSX and a triple flip in Rochester on September 11. Entercom made the big announcement that it was moving longtime WPXY (97.9) morning team Scott Spezzano and Sandy Waters down the hall to Kimberly and Beck’s former slot on “Buzz” WBZA (98.9). But that news was just getting headlines when Clear Channel stole the thunder with its own surprise announcement later that same morning – Kimberly and Beck’s return to the air on WQBW (95.1), renamed from “Brew” to “Radio 95.1” with new calls, WAIO, to follow. Clear Channel also flipped “Oldies” WODX (107.3) in suburban Rochester to “Bull” country as WNBL, and it hired WPXY’s Raphael “Raph” Opida away to do afternoons on competitor “Kiss” WKGS (106.7) in Rochester and at his new home base, WIOQ (Q102) in Philadelphia. (“Bull” also showed up on the New Hampshire seacoast, where “Kiss” WSKX 95.3 became WTBU with country.)

Radio Disney’s plan to shut down its remaining AMs met with objections from company lawyers, whose concerns about FCC reaction led Disney to instead keep the AMs alive with skeleton staffs and no local content until sales could be completed. (At year’s end, only WQEW 1560 in New York had found a buyer among the NERW-land Disney AMs still remaining with the company, which also include Boston, Philadelphia and Pittsburgh.) 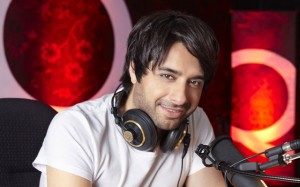 The start of the fourth quarter always seems to bring some unhappy cutbacks in staffing, and that included CBS Radio’s morning show at Fresh (WWFS 102.7) in New York, where Jim Douglas was ousted from his half of the “Jim and Kim Show.”

At the CBC, there were plenty of budget cuts, but it wasn’t finances that ended the career of “Q” host Jian Ghomeshi; instead, his time at the Corporation ended amidst a flood of accusations of sexual misconduct that dominated Canadian headlines for several weeks.

Dick Morris’ dreams of becoming the next Rush/Glenn/Sean ended about as badly as most of his political prognostications; he exited WPHT (1210 Philadelphia) after a year’s run in afternoon drive that failed to lead to a national radio platform.

Cumulus’ “Nash” country formats continued their slow expansion, with WORC-FM (98.9) in Worcester dropping oldies for “Nash Icon” and WELJ (104.7) on Long Island’s East End dropping hot AC for a simulcast of “Nash” from WNSH (94.7) in the New York market.

Public radio WFCR (88.5 Amherst) and its New England Public Radio sisters relocated from their longtime home at Hampshire Hall on the UMass campus to a new studio/office in downtown Springfield.

“Pastor Will” Marotti left WTIC (1080 Hartford)’s talk lineup, Dave Symonds returned to the region to replace Mike Wheeler at the helm of the iHeart/Clear Channel cluster in Hartford, and veteran Binghamton engineer Geno Ricciardelli was honored as a Fellow of the Society of Broadcast Engineers.

The long soap opera that was “Howie and WRKO” finally turned a new page in Boston as Carr moved up the dial to WUFC (1510), under its new-old calls WMEX (more on that later this week in our Top Ten Stories of the Year!)

Classic hip-hop was the month’s hot format, and it landed in Philadelphia Nov. 6 at Radio One’s WPHI (107.9), now known as “Boom.”

Election day didn’t return former Providence mayor/ex-con Buddy Cianci to office, but it did bring him back to the airwaves at WPRO (630)/WEAN (99.7); it was kinder to veteran Rochester anchor Rich Funke, now in the state Senate. 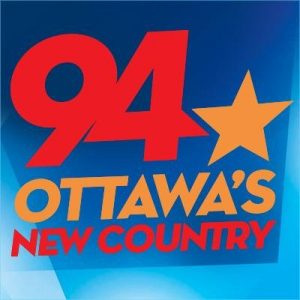 In Scranton, WARM (590) returned from the dead once more, this time with some actual plans for facility reconstruction – and with a format change from oldies to CBS Sports Radio.

The closing of the big CBS Radio-Beasley trade flipped Philadelphia’s WIP (610) to new calls of WTEL after 92 years, but it didn’t bring about the long-expected simulcast of KYW (1060) on FM. 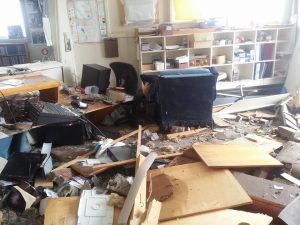 In northern Maine, a drunk driver treated WFST (600 Caribou) like a drive-in, plowing through the station offices but leaving behind a license plate that led to a speedy arrest. Weather was to blame for a downed tower in southern Maine, temporarily silencing WMDR-FM (88.9 Oakland) later in the month.

> > > Continue to Part Four: Our Top Ten Countdown of the year’s biggest stories