by Scott Fybush
in Free Content, Top of the Tower Podcast
1

In this week’s edition:

There’s never a bad time to have a conversation with one of our favorite radio historians, Boston’s own Donna Halper.

But now seemed to be an especially good time for a chat. 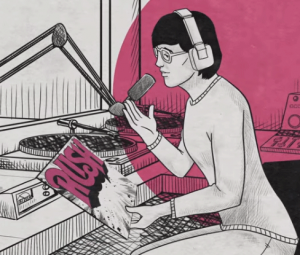 Not only are we still mourning the legendary Neil Peart of Rush, the band Donna was instrumental in breaking in the US back when she was music director of Cleveland’s WMMS, but there’s a great new animated video out for their classic “Spirit of Radio,” telling the whole story of radio’s history – and with a cameo appearance by Donna herself!

(And what better day to be talking about Rush than on Canada Day, eh?)

Then there’s the recent deaths of several New England radio greats, including “The Famous” Jim Sands and the legendary Arnie “Woo Woo” Ginsburg.

Hear about how Ginsburg’s life in radio inspired Donna in today’s podcast – and about what stations are really the legitimate ones to be celebrating commercial radio’s centennial this year – in this special Canada Day edition of Top of the Tower!

Brought to you by Shively Labs and Yellowtec.