*For broadcasters, the partial government shutdown whose end was announced Friday was a little shorter than for the rest of the country. The FCC’s funding lasted into January, running out January 3 and leaving (most of) the Commission out of business for just under a month before things start opening up again today. 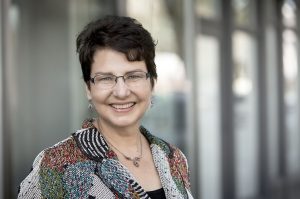 If you heard our Top of the Tower podcast last week with veteran DC attorney Melodie Virtue, you heard us discuss many of the shutdown’s effects on broadcasters: signal upgrades and changes were put on hold, the sales landscape slowed down dramatically as deals were unable to be filed, and while some Commission systems remained up and running (the CDBS database system, for instance, was available during the shutdown, unlike during previous shutdowns), there was no guarantee that a power glitch or other system issue wouldn’t take them down without warning.

Other systems, somewhat inexplicably, went away immediately when the shutdown hit. Broadcasters who didn’t get in to the online public file system right at the start of January to file their quarterly issues lists found that the URL redirected them to an official shutdown notice (and, for a time, some found an outdated link that went to an earlier test version of the public file site, though the Commission took down that test site once broadcasters alerted them to the issue.)

We’ll be watching the Commission today to see how it resolves some issues at the end of the shutdown. In theory, any filings that were due during the shutdown – like, say, those quarterly issues lists that were supposed to have been in January 10 – will be due two business days after the FCC reopens. Given the load that a month’s worth of filing will put on the Commission’s systems, will any of those deadlines get stretched?

And of course we’ll also be watching closely as all that pent-up activity gets filed in the next few days – station sales we might not have known about, for instance, without a transfer filing in CDBS. With the threat of another shutdown looming in just a few weeks, will broadcasters be moving more expediently to get things filed right away? And how fast can the beleaguered FCC staff move on processing a backlog? We’ll be watching.

*In NEW YORK (or, if you want to get technical about it, neighboring NEW JERSEY), Cumulus has answered the question of what comes next at its “NASH FM,” WNSH (94.7 Newark), now that the national “Ty, Chuck and Kelly” morning show has ended and its replacement, hosted solo by Ty Bentli, isn’t being picked up in market #1. 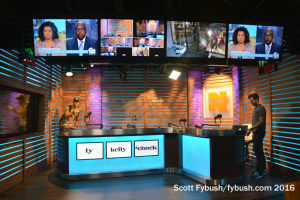 Instead, former co-host Kelly Ford is returning to New York to start a new local morning show next Monday (Feb. 4). Ford came to New York in 2013 (after a long run at KYGO in Denver) to do middays at WNSH, then joined what was then “America’s Morning Show” in 2015, remaining through its transition to “Ty, Chuck and Kelly” until that show ended last October. Temporary morning show host Jesse Addy will return to afternoons at WNSH.

*As long as we’re spanning the Hudson, we note a New Jersey-based addition to the New York FM HD landscape: SBS’ WXNY (96.3 New York) has a new HD4, carrying the oldies from WOLD-LP (107.9 Woodbridge). WOLD has been busily expanding its reach, including the recent addition of an HD subchannel simulcast on WPRB (103.3 Princeton). 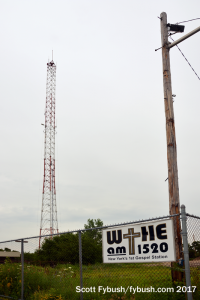 *On Long Island, WTHE (1520 Mineola) wasn’t letting the FCC shutdown get in the way of keeping its license alive: on January 16, it notified the FCC that it had resumed operations from a longwire antenna, just short of a year after going silent as a result of losing the lease on its licensed tower site. What’s next for the kilowatt daytimer? We’ll be watching the FCC filings in the next few days…

Upstate, J.C. Coffey is exiting the operations manager post at Community Broadcasters’ cluster in Elmira, just ahead of an impending sale to Seven Mountains/Southern Belle. Coffey will stay with WPGI, WNKI and sister stations until a replacement is named – and then he’s off to an as-yet-undisclosed new position outside the radio industry. 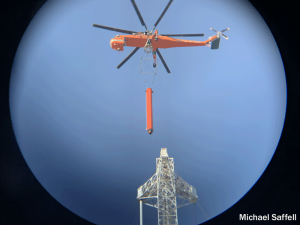 *In eastern MASSACHUSETTS, the skyline along Route 128 changed again over the weekend as another mammoth helicopter lift took two massive new antennas to the top of what everyone’s always called the “candelabra tower” above the Sheraton on Cabot Street.

It’s not a candelabra anymore, with just three stubby arms remaining from the days when Boston’s three independent UHF stations (channels 25, 38 and 56) called it home. 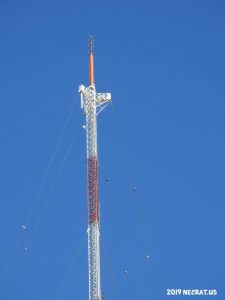 Instead, the lower antenna mounted right on top of the tower will be a broadband UHF antenna, the future main antenna for WFXT (Channel 25) and an auxiliary site for WBZ-TV, WCVB, WSBK and WGBX when antenna replacement work gets underway nearby on their Cedar Street tower.

And that top antenna? It’s a brand-new low-band VHF rig, tuned to channel 5 as the new post-repack home for WGBH-TV (Channel 2), which sold off its UHF spectrum at auction. (We still expect WGBH’s main channel 2.1 programming will end up being seen via WGBX’s UHF transmitter, while the low-band VHF signal becomes a test bed for ATSC 3.0 technology and other experimental uses.)

*On the FM dial, Entercom is parting ways with the afternoon team on WAAF (107.3 Westborough) after two years. Comedians Matty Blake and Nick Stevens joined WAAF at the start of 2017, moving Mistress Carrie to middays; Bob Hannah appears to have replaced them for now on the 3-7 PM shift.

Gois Broadcasting is applying to move its translator for “Mega 890” (WAMG Dedham); an application filed during the FCC shutdown calls for W235CS (94.9) to relocate from its present 27-watt signal on one of its AM towers in Ashland to a new 72-watt directional signal on the WHDH-TV (Channel 7) tower in Newton, with most of the signal aimed southwest out of the Route 128 loop.

*Speaking of translators, iHeart’s WPOP (1410 Hartford) has turned on CONNECTICUT‘s newest FM signal. W265EB (100.9) is a translator that’s been on the move for a few years, relocating from Southampton, NY to downtown Hartford, where it’s running 220 watts with news and talk. (Most of it is syndicated, save for a morning show imported from sister station WELI in New Haven.)

*At the southern edge of PENNSYLVANIA, there are some Radio People on the Move at Alpha’s cluster based in nearby Hagerstown, Maryland: at WIKZ (95.1 Chambersburg), Artie Shultz gets the promotion to PD, while Mike Shriver takes the same role at WDLD (96.7 Halfway MD). 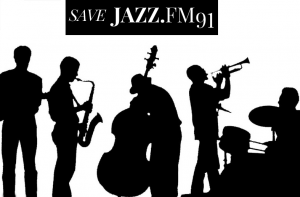 *In CANADA, Toronto’s JAZZ.FM 91 (CJRT 91.1) could have a new board soon. The “Save JAZZ.FM91” group, which successfully forced the nonprofit station to release a list of its donor members, persuaded at least 10% of those members to sign on to a demand that the board hold a general meeting, at which the group hopes to replace the existing board.

The rival group says it’s assembled a group of directors with broadcast and marketing experience who’ll work to reverse a decline in listenership and donations, as well as the departure of many of the station’s live hosts, most recently midday veteran Terry McElligott.

Over at Bell’s Virgin Radio 99.9 (CKFM), Jax Irwin is the newest part of the morning show, moving from middays at Rogers’ rival Kiss 92.5 (CKIS) to join Adam Wylde and TJ.

*In Kingston, Broadcast Dialogue reports Bell’s CKLC (98.9 the Drive) is now running its modern rock format jockless after its airstaff has moved down the hall to hot AC CFLY (98.3), which itself let most of its airstaff go back in November. Morning hosts Reid & Ben, middayer Rebecca Fryer, afternoon jock Riley and night jock Brittany all moved over from CKLC, while CFLY veteran Dave Deodato is now out.

*Out on Prince Edward Island, MBS’ CHLQ (93.1) dropped morning man Joee Adams on January 18, citing “inappropriate” comments he’d made on the air – but his fans aren’t happy. The Charlottetown Guardian reports Adams’ listeners have started a petition to bring him back, even though Adams himself called the firing “justifiable” and acknowledged he’d been warned several times about the content of his show on classic rock Q93.