*If the coronavirus pandemic is a perfect storm of bad circumstances for broadcasters, the eye of that storm this weekend sat on western Maine, where Gleason Media turned off its seven signals at 7:00 Sunday night, leaving an entire region without much local radio for at least the near future. 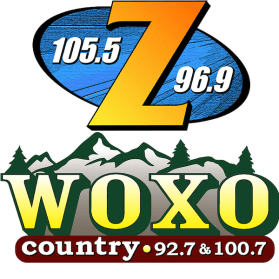 Dick Gleason, who bought WOXO (92.7 Norway) in 1975 as the first link in his radio empire, died just over a year ago, leaving his wife Kathy and general manager Vic Hodgkins to try to keep the stations running at a time when their part of Maine was in difficult economic straits.

Hodgkins told the Sun-Journal in Lewiston that the stations were already suffering from slow payments from advertisers and a drop in revenue, even before the pandemic began shuttering many of the businesses in the Lewiston/Auburn area and the rural areas to the west and north that made up the Gleason group’s sprawling coverage area.

Once it became clear that the virus was going to bring about still more of a decline in ad revenue, Gleason and Hodgkins made the difficult – and quick – decision to shut down operations, making the announcement Wednesday and giving staffers and listeners just five days to say goodbye.

What now? The licenses aren’t being returned to the FCC, as best we can tell, so it’s still possible a buyer might emerge; for now, though, we’re left to wonder if these five stations are just the beginning of a bigger trend of struggling stations succumbing to the economic pressure of the pandemic.

How will broadcasters get through this? We’re trying to answer your questions in a special new series of Top of the Tower podcasts from Fybush Media and RadioInsight.

Our first installment told you how to make sure your mics and headphones stay sanitary.

On Friday, we talked with Yellowtec’s Jeff Williams about how his iXm recording microphone can put an entire studio right in your hand, especially when your talent can’t be in their regular studios.

And later this week – how some stations are still keeping ad revenue healthy, plus much more!

*There was much more news from MAINE last week, too, most of it from Saga’s Portland Radio Group cluster. Chuck Igo headed off to retirement after his Friday morning show at WYNZ (100.9), right on schedule, to the tune of “Life is a Rock (But the Radio Rolled Me)” – and as he was making his socially-distanced exit, his replacement was already being announced.

That would be AJ Dukette, who was on the beach (the figurative one – the real ones are closed!) for only a few days after losing his morning gig across town at Townsquare’s WHOM. But while Dukette is launching his new “AM Kickstart” show on Rewind 100.9 this morning, the rest of the building in South Portland will be even emptier than it’s been. Saga let several staffers go on Friday, including operations manager Jeff Pierce and WGAN (560) morning co-host Ken Altshuler.

Pierce had been with Saga for almost five years, after a long run with the Clear Channel/iHeart stations over in New Hampshire and before that in Bangor; Altshuler had been half of the morning show for 17 years, most recently with Matt Gagnon, who stays on as solo host. Friday’s cuts also reportedly included several sales staffers at the cluster.

It’s not just Townsquare and Saga making cuts in Portland as the pandemic eats away at sales revenues: over at Binnie Media’s cluster, Rick Johnson was recently let go as morning host on WTHT (99.9 the Wolf).

*Binnie is also making cuts in NEW HAMPSHIRE: Brian Battle, who’d been with the company and its predecessors for almost 20 years, is out as production director and morning man at WNHW (93.3 the Wolf).

Up the road in Conway, WMWV (93.5) has a new morning host, with Roy Prescott taking over from 27-year veteran Mark Johnson, reports AllAccess.

*Radio listeners in NEW YORK City are hearing some different programming as the pandemic shuffles schedules around.

Downtown at Entercom’s WFAN (101.9/660), the lack of live sports to cover is taking its toll. Most of WFAN’s weekend hosts are off the schedule for now, replaced by a new lineup of extra shows from weekday hosts – and those weekend shows are also going nationwide on CBS Sports Radio, which has also pulled its own weekend programming off the air.

The new Saturday schedule includes Joe Benigno at 6 AM, his midday co-host Evan Roberts at 10, Boomer Esiason and Greg Giannotti from 2-6 PM, followed by John Jastremski at 6 and Steve Somers at 10 PM. On Sunday, it’s Sal Licata at 2 AM, a public affairs block from 6-9 AM, Mike Francesa from 9 AM to 1 PM, CBS Sports Radio’s Damon Almendolara at 1, Mike Malusis and Maggie Gray at 4 PM, Jody McDonald at 7 PM and Richard Neer at 10 PM, one of the few holdouts from the usual weekend crew at WFAN. 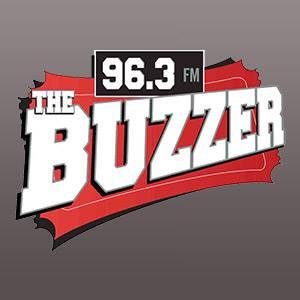 *In Ithaca, the usual Fox Sports Radio weekday programming on Saga’s “96.3 the Buzzer” (WYXL-HD3/W242AB) is off the air from 8 AM until 5 PM, replaced by some very specialized programming – a loop of information directing drivers to the mobile coronavirus testing site at the Ithaca Mall.

Galaxy Media has also pulled back on some of its extensive local sports talk at “ESPN Syracuse” (WTLA/WSGO), with national ESPN programming now running in middays, though the “SportsZilla” show at 3 and Brent Axe’s show from 4-6 PM remain live and local there.

*There are sports radio cutbacks in PENNSYLVANIA, too, where Cumulus has pulled its local afternoon show off its Lehigh Valley Fox Sports stations (WEEX 1230/WTKZ 1320/W234AX 94.7) for the duration, running a nonstop network feed instead.

*In CANADA, the CBC is returning some local newscasts to its TV stations around the country. Viewers, politicians and staffers all complained when the CBC cancelled its 6 and 11 PM local newscasts from coast to coast, blaming the pandemic and staffing issues for the need to replace the local broadcasts with a CBC News Channel simulcast.

On Friday, the network began reversing its decision, reinstating local news for half an hour daily at 6. The move was especially important in places like Prince Edward Island, where the CBC produces the only local TV news.

CBC Radio is also continuing to make changes: it’s temporarily put its arts and conversation show “q” on hiatus, expanding its morning talk show “The Current” with Matt Galloway for an extra hour until noon on Radio 1. Over on CBC Music, it’s now full-time Canadian music. Midday shows “Tempo” and “Shift” have been replaced by a new “Midday with CBC Music, while afternoon show “Drive” has given way to “Afternoons with CBC Music,” all using rotating hosts.

On the commercial side, Bell Media has pulled Coast to Coast AM from its iHeart-branded news-talk AM stations around the country, taking its 1-4 AM slot Canadian again with a new show called “The Late Shift with Jason Agnew.” The show originates at Toronto’s CFRB (Newstalk 1010), where Agnew hosts Sunday morning trivia, and is also heard on a network that includes CJAD (800 Montreal), CFRA (580 Ottawa), CKTB (610 St. Catharines) and CJBK (1290 London).

Sports radio is having a tough time north of the border, too, especially in Quebec: Montreal’s CKLX (91,9 Sports) has cancelled most of its local French-language sports talk, leaving only its morning and late afternoon shows with original live programming for now.

Top of the Tower Podcast #049: FCC Regulations in Pandemic Time, with Melodie Virtue

Top of the Tower Podcast #049: FCC Regulations in Pandemic Time, with Melodie Virtue