*Sometimes we know a format change is coming weeks ahead of time. Sometimes, even with some of the best sources in the business, we’re all caught by surprise – and that was the case Friday morning, when word started to spread that the end of the country format in NEW YORK City was imminent. 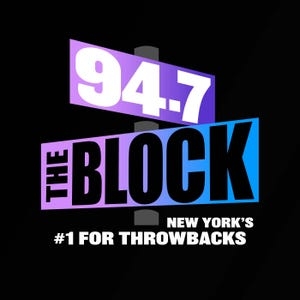 By the 9:00 hour, it was full farewell mode on Audacy’s WNSH (94.7 Newark NJ), as the air staff began saying their goodbyes, with co-workers from other New York Audacy stations (such as WCBS-FM’s Scott Shannon) stopping by to commiserate. “Country 94.7” went jockless in its final hour, followed by a brief stunt that included New Kids on the Block and J-Lo’s “Jenny From the Block,” all leading up to the 1 PM launch of… yup, “The Block.”

The new “94.7 the Block” (with new calls WXBK requested) is playing classic hip-hop, promoting 25,000 songs in a row before regular commercial load and jocks arrive.

Why give up a format that Audacy had all to itself in the nation’s biggest market? The former Entercom inherited country when it bought WNSH from Cumulus in 2019, but Cumulus arguably had better reasons to do country in a market that’s long been resistant to the format. Under Cumulus, WNSH was the flagship of the national “Nash” country brand, with most of the air talent coming from the Nash home base in Nashville. Under Entercom/Audacy, WNSH had to stand on its own, but it was still the weakest FM of the four in Audacy’s cluster, especially with a New Jersey-based signal that couldn’t reach potential country listeners on the Long Island side of the market.

(While Entercom applied last year to move 94.7 a little eastward to a new site on one of the WOR 710 towers in the Meadowlands, the move hasn’t actually been carried out, and it’s not clear if it will be; even if it is, 94.7 still won’t reach as far into Long Island and Connecticut as the other New York City-based FM signals.)

With classic hip-hop, Audacy gains a better fit with the rest of its cluster. “The Block” will likely skew a bit older than modern rock “Alt” WNYL (92.3), while attracting more Black and Hispanic listeners than its rhythmic hot AC sister, “New 102.7” (WNEW) and bringing in a younger audience than classic hits WCBS-FM (101.1). It could also chip away a little audience from a surprisingly wide array of competitors – not only the current hip-hop sounds on iHeart’s WWPR (Power 105.1) and MediaCo’s WQHT (Hot 97.1) but also iHeart’s rhythmic WKTU (103.5), MediaCo’s older-skewing WBLS (107.5) and perhaps even some Hispanic audience from the SBS and Univision clusters.

Another full-market country station seems unlikely for now in New York, which has gone years between previous country offerings going back to the days of WYNY and WHN; as a stopgap, Audacy is continuing the country format by moving it to WNSH’s HD2. Katie Neal, who does middays for Audacy country stations nationwide from a home base at WNSH, stays with the company and will still be heard on the HD2. Local morning host Kelly Ford appears to be out (though her syndicated weekend show continues), and it’s not clear what happens to music director/afternoon jock Jesse Addy, who’s also heard in afternoons on Audacy’s WKIS in Miami.

Audacy also rearranged some other HD subchannel offerings: CBS Sports Radio, which had been heard on WNSH’s HD3, has moved to the HD2 of WFAN-FM (101.9), which had been analog-only until recent weeks.