*The battle between a CONNECTICUT low-power FM station and a co-channel translator’s owner came to a sudden conclusion last week, when New River Community Church returned the license of WYPH-LP (102.5 Manchester) to the FCC for cancellation. 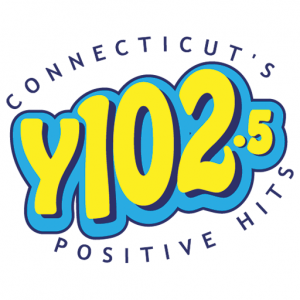 As NERW readers know, the Christian hits format at “Y102.5” had been on and off the air in recent years as the church fought off interference complaints from Full Power Radio’s WDRC-FM (102.9 Hartford). The battle went back and forth before the FCC, as Full Power argued that WYPH wasn’t using the antenna it had specified in its license, while the LPFM complained that Full Power refused to cooperate after the FCC mandated an impartial engineering study.

“The pandemic and the interference battle have taken a toll on us, both mentally and financially,” WYPH wrote in a note on its website announcing the end of 102.5. “We have lost most of our business and listener supporters during this time and our expenses are up due to the legal fees we’ve incurred.”

In the background, as we’ve noted all along, Full Power had something else at stake, too: its WBOM (1470 Meriden) has a translator on 102.5, W273DS, which was constrained to an odd L-shaped directional pattern with a deep notch right over Hartford in order to protect WYPH’s signal contour to the east.

We say “was,” because on the same day WYPH submitted its license cancellation, W273DS applied to remove that directional notch, a move that will give the 102.5 translator coverage into Hartford. Coincidence? Hardly – as Full Power’s John Fuller confirmed to NERW, the simultaneous applications were part of an agreement under which Full Power assisted New River in finding a frequency in last fall’s noncommercial filing window.

WYPH isn’t the only LPFM to apply for a full-power signal in that window, and its application for 90.9 in Manchester still has some hurdles to overcome: it’s part of a three-way mutually exclusive (MX) group against applications from Revival Christian Ministries in Bolton and Connecticut Public Broadcasting in Manchester, with no guarantee the process will result in a construction permit either very soon or even at all.

In the meantime, the Y102.5 website promises the format will continue as a stream – and before long, Full Power will have another Hartford signal on 102.5 to add to a lineup that includes classic rock WDRC-FM, modern rock WMRQ (104.1), the Spanish-language “Bomba” that airs on WMRQ’s HD2 and several translators, oldies WXCT (990) and its translator – and the “Talk of Connecticut” that airs on WDRC (1360) and its 103.3 translator and, at least for now, on WBOM and the 102.5 translator.