*When is a radio station dead?

That can be a trick question sometimes. As a good FCC consultant can tell you, just because a licensee returns its license to the Commission and the callsign is deleted, there’s still a grace period during which the deletion can be reversed – and that’s just what happened last week to WGWE (105.9) in Little Valley, a class B1 signal that served the western part of New York’s Southern Tier from Olean through Salamanca to Jamestown.

Regular NERW readers know about the challenges this fairly young station has faced over the last few years. After the Seneca Nation put it on the air in 2010, WGWE left the air at the end of March 2021, going silent while the Senecas continued to look for a buyer. (Disclaimer: Fybush Media was briefly involved in that process, which is how we ended up with some inside pictures we shared with you on Site of the Week last fall.) 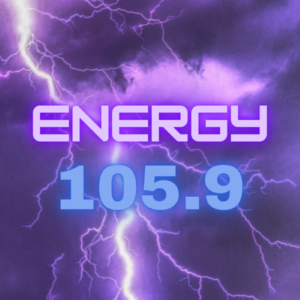 After the exit of another broker, the Senecas found a buyer for the station in late 2021. Paul Izard Communications came to the plate with big dreams to put a dance format on the air serving Buffalo. At first, WGWE seemed to be a bargain at just $25,000 for the station’s license and equipment, and by the end of February Izard had put 105.9 back on the air as a simulcast of his “Energy Radio Buffalo” stream, playing dance music aimed at the Buffalo market, 50 miles away and largely out of range of the WGWE signal.

As our colleague Lance Venta explored in a deep dive on RadioInsight, things went south pretty quickly. Izard’s deal appeared to have been done without the due diligence a good broker should have provided, which led to some painful discoveries. The tower site rent was unusually high (likely a factor in other buyers’ decisions not to make offers), and Izard alleged that the transmitter he’d been sold was not in working order.

On April 14, Izard surrendered the WGWE license, but documentation he submitted to the FCC suggests his problems weren’t over. He soon learned that he was still on the hook for several more years of payments on the tower lease he’d assumed from the Senecas.

There’s a somewhat happy ending in this case, at least. Family Life Ministries, the Bath-based regional Christian network that operates several other signals nearby, came to Izard with an offer that he accepted. After asking the FCC to restore the license, which the Commission quickly did last week, Family Life plans to take over the station, paying Izard $1 for the license and covering his costs to get the license restored.

The 105.9 signal will fill a small gap in Family Life coverage between its existing signals in Silver Creek, Jamestown and Friendship; it’s not clear what becomes of WCOI (91.9 Ellicottville), another overlapping construction permit recently granted to Family Life.

As for Izard, he’s also shut down the webcast version of Energy, a sad end to a broadcasting adventure that he admits to the FCC could have gone better with some expert assistance.