In this week’s issue… Mayor’s term ends at iHeart – “Team” reforms in RI – New U in Boston? – Studios, people move in Montreal

*There’s a lot that iHeart doesn’t really want us to know about its latest ongoing round of job cuts. How many veteran employees are losing their jobs? The company isn’t saying – and in fact, it doesn’t even want to be described as cutting jobs at all. 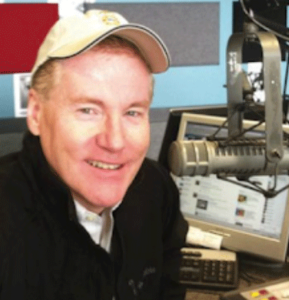 But when one of the longest-running voices in a market disappears from the airwaves, it’s hard to keep it a secret. That’s what happened here in Rochester to “Mayor” Pete Kennedy, who’d been a fixture on the dial since the early 1990s and is now out of work.

Kennedy (who derived his nickname from his father’s real-life job as mayor of Cananandaigua) spent most of his career at what’s now Audacy, working first at WPXY and then WBZA (98.9 the Buzz) before falling victim to job cuts there. In 2012, he joined iHeart as morning man at WDVI (then “100.5 the Drive”) and has since filled a number of roles, hosting a three-market afternoon show on WYYY (Y94) in Syracuse, WMXW (Mix 103.3) in Binghamton and WVOR (Sunny 102.3) in Canandaigua. For the last few months, since WDVI’s flip to country, Kennedy had moved to talk, co-hosting “Newman and the Mayor” on WAIO (Radio 95.1) with WDVI afternoon jock Jeremy Newman.

With Kennedy’s ouster, WAIO adds more syndication, putting Cleveland-based Rover in the 9-11 AM slot (as well as its existing delayed evening run), while Dallas-based Rick O’Bryan is now tracking the AC stations in the afternoon.