It’s a busy week in NERW-land, indeed. Some of the stories you’ll be reading much more about in the next NERW:

In western MASSACHUSETTS, WBEC (1420 Pittsfield) made national headlines Monday when it became the second station to drop the Rush Limbaugh show amidst the furor over Limbaugh’s comments last week.

“The nature of Rush’s programming has always presented challenges for us and he’s always pushed the envelope. But this time he’s taken it too far,” said WBEC general manager Peter Barry to public broadcaster WFCR Monday afternoon.

For now, WBEC is carrying Fox Sports Radio during the noon-3 timeslot, while listeners in the Berkshires can still hear Limbaugh on Albany-market WGY or Springfield’s WHYN.

We’ll have some thoughts in Monday’s NERW on how the Limbaugh controversy might play out in the long run – and we’re very interested in hearing from our readers about what’s happening (especially with listener and advertiser feedback) in your markets.

*Over in Boston, Don Kelley is gone after more than 22 years as program director at Greater Media’s WMJX (106.7). Greater Media says it couldn’t come to terms with Kelley on a contract renewal, and no replacement has been named yet.

And on the heels of that news came a shocker from Florida: Steve Rivers, who shook up the Boston market as PD of WZOU (94.5) and then WXKS-FM (107.9) in the late 1980s and 1990s, died Tuesday of cardiac arrest after several years of health problems. Rivers had most recently been working in Seattle as PD of KBKS (Kiss 106.1) before his health forced him to step down in 2008. 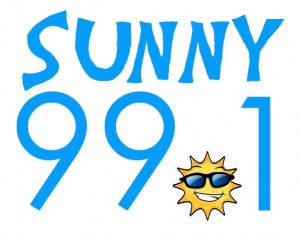 *A few pieces of news from Albany, NEW YORK: Bob Ausfeld is coming out of retirement just a few months after stepping down as market manager at the Townsquare cluster. The four-decade veteran of Albany radio is the new general manager across town at Albany Broadcasting, and when he settles in at his new office at 6 Johnson Road, he’ll have another Townsquare signal to compete against.

That’s because Townsquare is getting ready to launch a new HD-on-translator: W256BU (99.1) is running construction noises ahead of a March 9 sign-on with “soft oldies” as “Sunny 99.1.” The 250-watt translator is co-located with Townsquare’s WQSH (105.7 Malta) up at Bald Mountain north of Troy.

*We know more about the next step in the attempt to drop a new FM translator into New York City. W292DV (106.3) was on the air only briefly from Four Times Square before being silenced by interference complaints from co-channel WKMK (106.3 Eatontown NJ), and after applying to shift to 104.7, it’s now trying a new tack with an application to stay on 106.3 at lower power (just 40 watts) from a much lower site (just 44 meters) on the Queens side of the East River. The new application also changes the translator’s primary signal from Clear Channel’s WLTW (106.7) to Bill O’Shaughnessy’s WVIP (93.5). Is this the last act of this long-running saga? Don’t bet on it.