*We’re still a few weeks away from the FCC’s release of the full list of who’s getting displaced where by the impending repack of the TV spectrum – but details are beginning to emerge about a few stations that are planning to leave the airwaves and others that will change bands or enter into channel-sharing deals with other stations.

The FCC released stations from the mandatory silent period last week, though most of the big corporate owners who dominate local TV are remaining silent so far by choice about what their individual stations are doing.

Several public broadcasters did open up about their plans, especially in Pennsylvania, where state budget cuts have pushed stations to make some difficult choices.

In Pittsburgh, for instance, WQED will reap $9.9 million in auction proceeds in exchange for giving up its high-band VHF signal on channel 13 in favor of a low-band VHF channel. In the heavily-cabled Pittsburgh market, WQED expects the change to have little effect for most viewers while helping to raise much-needed funds that can help retire the station’s longstanding debts.

In Harrisburg, WITF will get $25 million in exchange for agreeing to share its UHF spectrum with a yet-to-be-announced partner; the money will go into WITF’s endowment fund and the proceeds will pay for several new initiatives including a media literacy program and expanded statewide news coverage.

We know that Connecticut Public Television had already stated its intent to take WEDY in New Haven off the air, putting its valuable UHF spectrum near the crowded New York City market into the auction. CPTV hasn’t yet revealed how much it’s getting for WEDY.

What happens next, and what else can we glean from the first week’s announcements? That insight is in our subscriber-only section…

*Fox Television Stations reported last week that it expects to receive $350 million from the spectrum auction, while Sinclair says it will get $313 million, Tribune expects $190 million and Gray will get just over $90 million.

Even without official announcements about who’s going away and who’s staying, we can make some extremely educated guesses. For Fox, a figure as big as $350 million means major markets are involved – and in particular, it’s likely that the company’s MyNetworkTV signals (which are mostly the same stations that Fox acquired from Chris Craft for $5.5 billion back in the headier days of 2000) will be fading away.

In NERW-land, that points to New York’s WWOR (Channel 9, occupying valuable UHF spectrum at channel 38), likely to be one of the bigger prizes of the entire spectrum auction. As a standalone Fox station, Philadelphia’s WFXT (Channel 29, RF 42) will likely be untouched, though it will be repacked to a lower UHF station as everything above RF 36 goes away.

Sinclair has been a prolific duopoly operator, which means it and its partner companies have plenty of excess spectrum to yield the company’s big auction payout. In NERW-land, Sinclair or its partners have duopolies (or more) in markets that include Portland, Albany, Rochester, Pittsburgh, Wilkes-Barre/Scranton and Harrisburg, and we’d expect many of those markets to see duopolies going away in the auction.

Tribune has fewer duopolies to easily shed, though in NERW-land we’d pay particular attention to its Hartford combination of WTIC-TV (Channel 61) and WCCT-TV (Channel 20), which both have valuable UHF spectrum in the crowded Northeast corridor. It’s hard to imagine Tribune getting to that $190 million number without WCCT going away; as with most of these scenarios, we’d imagine WCCT’s CW programming would live on as a WTIC-TV subchannel.

Gray’s holdings don’t include anything in NERW-land, though its stations in West Virginia could contribute to clearing out Pittsburgh-area spectrum.

The biggest shoes, of course, have yet to drop – we still know very little about what will go away at big spectrum accumulators and duopoly operators such as Ion, Univision, Nexstar and CBS, none of which has broken the silence yet. We’ll be following these developments closely, of course.

*While Entercom works through its planned purchase of CBS Radio, life goes on at the company’s individual local stations – including in MASSACHUSETTS at WKAF (97.7 Brockton), where the urban AC format that launched in January is now staffing up.

After its jockless debut, “The New 97.7” launched its morning show last week, and it comes with another healthy dose of the DNA from Boston’s original station, WILD (1090), that has permeated so much of the new FM outlet. “The Morning Wake Up with KJ and Kesha” is helmed by KJ Carson and Kesha Monk, marking Carson’s return to the market 17 years after he left the old WILD to embark on a radio adventure that took him to North Carolina, Kansas City, Atlanta and Washington. Monk’s great-uncle was jazz great Thelonious Monk, and she’s worked in Chicago, LA and New York City. They’re heard from 6-10 weekday mornings on WKAF, where more talent announcements are expected soon.

*In VERMONT, Ion Television is now on the air in the Burlington-Plattsburgh market via the 3.3 subchannel of CBS affiliate WCAX, joining the “Movies!” subchannel on 3.2. 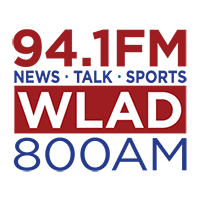 *Western CONNECTICUT‘s Berkshire Broadcasting has added one more translator to its growing roster in the Danbury market. News-talk WLAD (800 Danbury) is now on the FM dial via W231DJ (94.1), joining two other full-power stations and three other translators for a total of five program streams on the FM dial, plus two AM simulcasts.

*A few new callsigns for RHODE ISLAND: in Pascoag, the new Catholic signal on 91.5 will take the calls WSJQ, with the “SJ” standing for St. Joseph’s Radio Station, the licensee; meanwhile, once Rhode Island Public Radio completes its purchase of WUMD (89.3 North Dartmouth MA) and moves it to a new city of license of Newport, the station will take the WXNI calls that once lived on AM 1230 in Westerly.

*We’re still a few weeks away from the start of our Baseball on the Radio coverage for 2017, but there’s a new Red Sox affiliate for the NEW HAMPSHIRE seacoast: Binnie’s WTSN (1270 Dover) and its new 98.1 translator will bring Sox coverage back to the area this year after the team had been off the local airwaves for the 2016 season. (Before that, iHeart’s WQSO 96.7 held the rights.) 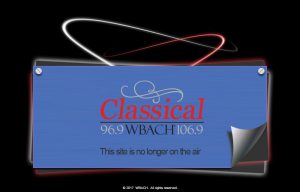 *Speaking of Binnie, it’s getting close to a format change in MAINE: the website for “W-BACH” WBQX (106.9 Thomaston) and its Portland translator, W245AA (96.9), has been shut down, ahead of what we’re hearing will be the end of the classical format at the end of February.

*In Rockland County, NEW YORK, Alexander Broadcasting has done a partial about-face with its recent format flip at WRCR (1700 Pomona), where the English-language talk format gave way last November to a full-time Indian format. Owner Alexander Medakovich moved the station’s talk programs to a streaming platform, but he says there was enough listener outcry to bring veteran morning host Steve Possell back to the AM airwaves – and so Possell’s show is now heard weekdays from 6-10 AM on 1700, which remains in the hands of its Indian programmers the rest of the day.

In the Hudson Valley, Sunrise Broadcasting has flipped WGNY (1220 Newburgh) from ESPN sports back to country.

*In New York City, WNSH (94.7 Newark) ups Katie Neal from weekends to middays, filling the gap left behind by Shila Nathan’s departure. Neal has risen quickly through the Cumulus ranks, starting in 2011 at the company’s legendary small-market top-40 WBNQ in Bloomington, Illinois before joining WNSH two years ago.

Where are they now? Rick Thomas, who left CBS Radio’s WBMP (92.3 New York) last month when his contract ended, has joined Cox in Tampa as operations manager for the company’s six-station cluster; he’s also programming top-40 WPOI (Hot 101.5) there.

Roy Schwartz went from WIBG in Philadelphia to New York’s WHN in the 1960s, then on to WVNJ in New Jersey as general manager in the 1970s. Schwartz, who was also a founder of Shadow Traffic, died Feb. 2 in Toms River, New Jersey.

*In PENNSYLVANIA, Jon Marks has made the move from WPEN (97.5 the Fanatic) to competitor WIP (94.1), where he’s taking the 6-10 PM hosting shift as well as the Phillies pre- and post-game shows that will often displace his regular shift during the baseball season. Marks replaces Brian Haddad, aka “Sludge,” who moves into a production role as WIP’s creative services director. 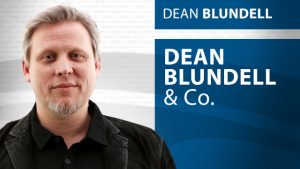 *A big sports move in CANADA: Dean Blundell is out at Rogers’ CJCL (Sportsnet 590 the FAN) in Toronto, where he’s been a controversial presence for the last two years. Replacing him, in what Blundell and the station call a mutual decision, is former CJCL morning host Greg Brady and Montreal’s Elliott Price, who start Feb. 27 with “Sportsnet’s Starting Lineup with Brady and Price.” (Price, a former voice of the Expos, had been leasing time on Evanov’s CFMB 1280 until just last week.)