(Programming note: we’re happy to be able to report that Lisa, aka “Mrs. NERW,” is back home from her hospital adventure in the midwest, and she’s rapidly catching up with calendar orders and subscription inquiries. The chaos of this past week means this is a somewhat abbreviated NERW; if we’ve missed anything out there, please drop us a line and we’ll get it in the next issue. The “Top of the Tower” podcast is on hiatus for the moment as we try to rebalance our workload. Stay tuned.) 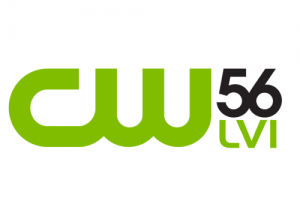 *For over-the-air viewers in several big markets, this is the week that the first serious visible effects of the FCC’s spectrum auction and repack are beginning to be visible.

On Tuesday morning, Sunbeam will turn off the Needham transmitter of WLVI (Channel 56/RF 41) for the last time. The CW affiliate began broadcasting on its new RF 42 home late last week, sharing the spectrum there with independent sister station WHDH (Channel 7) and presenting Boston viewers with a temporary lineup of two “56.1” services with the CW and two “56.2”s with the Buzzr game-show channel.

Sunbeam took in $162.1 million from the FCC’s spectrum auction for WLVI’s former 6 MHz chunk of UHF, in what would look like a slam-dunk win that allows owner Ed Ansin to pocket as much cash as the entire station was likely worth – and at the same time keep operating the station in a way that will be nearly transparent to viewers. (One analogy used by our engineering colleague Doug Smith, which we’ll embellish a bit: if someone offered you $250,000 for your house, but you could still keep living in the house just as it was, wouldn’t you take it? And in this case, the appropriate analogy would be that not even the house number out front would change, just the number on the tax roll at City Hall, right?)

It’s still not clear what will become of WLVI’s space at the Needham candelabra tower; Sunbeam was renting space there, but it owns the WHDH-TV tower down the road where WHDH-TV and WLVI’s shared broadcast now originates. (For now, only Fox affiliate WFXT will be broadcasting a full-power TV signal from the candelabra, which had been built back in the early 1970s for WLVI, WSBK and the future WXNE/WFXT.)

*In the Philadelphia market, secondary public broadcaster WYBE (Channel 35) has begun sharing spectrum with its eventual new owner, Lehigh Valley public broadcaster WLVT (Channel 39) – or rather, on RF channel 9 with WLVT’s eventual channel-share partner, WBPH (Channel 60). That means most over-the-air viewers in and around Philadelphia will lose access to WYBE, but it will presumably retain its cable and satellite must-carry, which is mostly what matters, right? 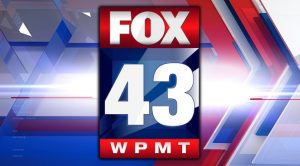 In central Pennsylvania, Tribune’s WPMT (Channel 43) in York left its home on RF47 on Tuesday; it’s now channel-sharing with Harrisburg public broadcaster WITF (Channel 33) on RF36, putting more signal into Harrisburg at the expense of some of its former coverage area to the south.

*In upstate NEW YORK, local morning shows are an even more endangered species in Binghamton now that Townsquare has installed the syndicated “Kidd Kraddick Show” at WWYL (104.1 Chenango Bridge). The Texas-based show (which has been run by Kraddick’s cast in the years since Kraddick himself died) replaces Louie G., who’d just hit the ten-year mark at Wild 104. 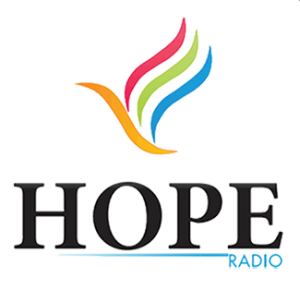 *Out on Long Island’s East End, WLIR (107.1 Hampton Bays) dropped its contemporary Christian “Hope Radio” format with the new year. The format change was part of an ownership reorganization that gave Vincent Trapiani’s VMT Media full control of 107.1 and assumption of WLIR’s debt, in exchange for a non-compete deal against the “Hope” format.

The format stayed with Trapiani’s former 49% ownership partner, Holding out Hope Church, as did Hope’s three translators, W235BB (94.9 Hauppage), W243BF (96.5 Shirley), and W283BA (104.5 Selden). Two of those are in the process of being sold to EMF – but in the meantime, all three are now rebroadcasting WNYG (1440 Medford). That station, owned by Multicultural Broadcasting, is now carrying the Hope programming from 6-11 AM.

*On to PENNSYLVANIA: Philadelphia’s WURD (900) starts the year with a new morning lineup. Christopher Norris is now the “Wake Up with WURD” interim host after the Rev. Mark Tyler and Denise Clay departed. They’d been in place for just three months after Solomon Jones left for crosstown WPPZ (Praise 107.9) in October, but WURD president/CEO Sara Lomax-Reese tells the Philadelphia Tribune that having a two-person team presented “some challenges,” and so Tyler’s and Clay’s contracts weren’t renewed. 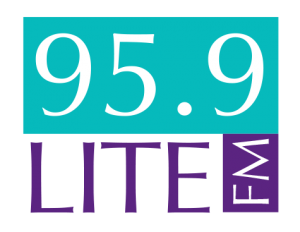 At the other end of the state, Connoisseur flipped its new WLTM (95.9 Mina NY) from all-Christmas to AC right around New Year’s Day. The new “Lite 95.9” is fed entirely by Westwood One’s syndicated AC format, and we hear it’s still having trouble being heard in much of the Erie market, blocked out by a co-channel LPFM that’s yet to move and by the strong cross-lake signal of CFPL-FM (95.9) from London, Ontario.

“LECOMRadio.com” is the new identity of Captain Dan Geary’s oldies streaming service in the Erie market. The veteran jock, displaced last year from his long run programming Mercyhurst’s WMCE-FM (88.5), had been streaming as “Groovy Radio,” but now he has support and branding from the Erie-based Lake Erie College of Osteopathic Medicine, which is using his oldies stream to help promote its network of educational centers around the region.

*In NEW JERSEY, it’s the end of “the Mike Show” on WSJO (104.9 Egg Harbor Township). Brady “Mike” Richman and Spring Gonzales had been on “SoJo” for two years after Richman’s ouster from crosstown WAYV (95.1), where his slot on the “Mike and Diane” show was filled by a different Mike.

*RHODE ISLAND has a new LPFM station – three of them, actually. WFOO-LP, WVVX-LP and WBRU-LP all share 101.1, and it came right down to the CP deadline to get their shared transmitter site on the STL tower of WSBE-TV up and running amidst wintry weather last week.

WBRU-LP, of course, is the Brown Student Radio outlet that’s intended to be at least a partial successor to the now-defunct WBRU (95.5). WVVX-LP is Providence Community Radio’s piece of the share-time, and WFOO-LP belongs to the AS220 community arts organization. We’ll be watching to see how the three groups program their new signal.

*Up at the northern edge of the Ocean State, Epic Light Radio has been granted an extra week to get its new WSJQ (91.5 Pascoag) on the air. The Worcester-based Christian broadcaster tells the FCC it was well on the way to having its new “Q-91.5” signal on the air in time to beat its January 7 CP expiration deadline – but then the weather intervened, making it impossible to get the second half of the antenna up on the tower. Epic Light says it will finish the work this week and plans to have WSJQ up and running before its new deadline on the 14th. Once it’s on the air, WSJQ will carry the same contemporary Christian programming as sister WYQQ (90.1 Charlton).

*In western MASSACHUSETTS, we send our best wishes to John O’Brien, half of the “Bax and O’Brien” morning show on Saga’s WAQY (102.1 Springfield). He’s been battling cancer and is now in remission – which means he’s now clear to undergo surgery to repair an aortic aneurysm that doctors found two years ago when he started. On Friday’s show, O’Brien told listeners he’ll be on the air today and tomorrow, then head to Baystate Medical Center for open-heart surgery Wednesday. He’s expecting to be off the air for about three months while he recuperates.

(And what was going on with the automation at iHeart on Sunday night that had Boston’s “Kiss 108” WXKS-FM repeating stale news updates about the Las Vegas concert shooting and week-old weather forecasts, and reportedly had stale news updates on WBZ 1030 as well?)

*”NewsCenter MAINE” is the new branding for the new year at TEGNA’s NBC affiliates WCSH (Channel 6) in Portland and WLBZ (Channel 2) in Bangor. The new look is a subtle shift from the “NewsCenter” branding both stations have used for many years, even before most of WLBZ’s local operations were folded into WCSH’s Portland studios.

*In CANADA‘s largest Francophone market, the new year is not starting well at community station CIBL (101.5 Montreal). We’d written several times last year about CIBL’s financial and management crises, and now comes word that CIBL has laid off its entire staff of 13 employees.

The Toronto Star reports that a letter sent to CIBL employees calls the move “temporary,” saying that the station’s board is trying to find new funding to keep CIBL alive. 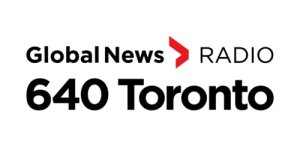 *Meanwhile back in Toronto, we inadvertently buried part of the lead in last week’s report about schedule changes overnight: Corus’ CFMJ (640) didn’t just drop “Coast to Coast AM,” it also dropped its “AM640 Toronto” branding in favor of a new identity as “Global News Radio.” The move more closely ties AM 640 to co-owned Global TV – and it’s been echoed in markets including Vancouver, Calgary, Edmonton and in southern Ontario at CHML (900 Hamilton) and CFPL (980 London), too.

(Unlike Toronto, the Hamilton and London stations continue to brand both with “Global News” and their heritage callsigns.)