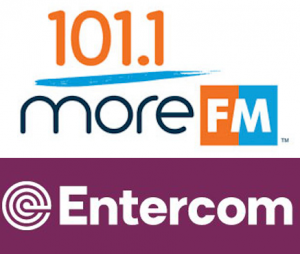 Entercom is making a big addition to its Philadelphia cluster, purchasing WBEB (101.1) from Jerry Lee Broadcasting LLC in a deal that will spin one existing Entercom station, WXTU (92.5), to the competing Beasley cluster.

It’s been more than three years since creditors took over most of the equity in WBEB from Lee himself, the broadcasting veteran who’d started the station (as WDVR) way back in 1963. Those creditors, led by Sam Zell, waited patiently to cash out, in the meantime letting Lee continue to run “101.1 More FM” as the standalone FM it’s always been. (Well, except for a brief foray into AM ownership in the 1980s, but we digress…)

The return of WXTU to Beasley, for $38 million, will add some strong female demographics (and younger men, too) to round out a cluster made up of Greater Media’s former FMs – rock WMMR (93.3 Philadelphia), adult hits “Ben” WBEN-FM (95.7 Philadelphia), sports WPEN (97.5 Burlington NJ) and classic rock WMGK (102.9 Philadelphia), along with sports WTEL (610 Philadelphia) and leased-time WWDB (860 Philadelphia) on the AM side.

Coming in Monday’s NERW for subscribers: WBEB and Jerry Lee’s legacy; analyzing the value behind this deal – and the increasingly complex web of deals between Beasley and Entercom (subscribe here). And don’t miss the return of Fybush Media’s “Top of the Tower” podcast – new episode up now!

Top of the Tower Podcast #19: All-Digital AM and Foreign Ownership