*As we head into another month of coronavirus disruptions to our industry, we once again have to lead off this week’s issue with news of staffing cutbacks (and, later in the column, too many obituaries) as a result of the pandemic. 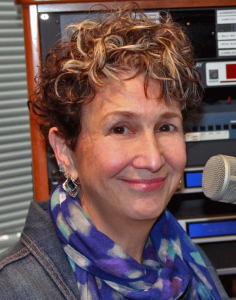 In southern MAINE, Randi Kirshbaum has been a radio staple for decades, arriving in Portland from Boston’s WBCN and spending 38 years with what’s now Saga’s Portland Radio Group cluster, most recently as brand manager of WMGX (Coast 93.1) and WCLZ (98.9) and on-air work at WCLZ and WPOR (101.9).

As with most managers in the business, Kirshbaum shifted to working from home back in March, at least up until last Monday. In a Facebook post, Kirshbaum told friends and followers she had been terminated by Saga because she’s not yet ready to return to the office.

“Due to a serious medical condition that would make contracting Covid-19 very dangerous, if not fatal for me, my doctor has recommended that I continue to work from home in order to avoid exposure. I am not willing to ignore my doctor’s guidance and put my health in jeopardy,” she wrote. “Saga gave me an ultimatum, saying that if I did not show up to the office today, I would no longer be employed. I love my job, but I’m not willing to die for it.”

Amidst an outpouring of listener support and lots of critical media coverage (Portland is one of those markets where the newspapers and TV stations still pay attention to radio stories), Saga fired back.

“We need to have leadership in the building. You don’t lead from a bedroom in your slippers,” Saga SVP/operations Chris Forgy told Portland’s WMTW-TV. And the company pushed back strongly to several friendly trade publications, supplying them with contract documents that Saga says show that Kirshbaum had agreed to a work-from-home arrangement that would be reviewed every two weeks, with Saga having the option to cancel the agreement and bring her back to the office. The company also claims Kirshbaum’s doctor was unable to provide evidence of her medical claims.

Later in the week, Kirshbaum told the Portland Press Herald she’d hired a lawyer to file a discrimination complaint with the state, with a lawsuit likely to follow.

We’re not lawyers here at NERW, so we’re not qualified to render a judgment on the legal merits of either Kirshbaum’s case or Saga’s response. From a PR point of view, however, we’re a little surprised at Saga CEO Ed Christian’s strong statement to one of the trades that he “did not appreciate his company being maligned with untruths during these curious times.”

After all, these “curious times” are finding lots of companies in lots of industries finding creative ways to manage their employees from remote locations. And while the revenue downturn is hitting so many broadcasters so badly, it’s hard to ignore the publicity Saga has already reaped for itself in the Portland market with the recent dismissals of longtime morning and weekend hosts at news-talk WGAN (560), not to mention the (apparently voluntary) retirement of another market institution, WYNZ (100.9) morning man Chuck Igo.

Which is to say – Saga may indeed be on solid legal ground. But in a business that’s built so strongly on the personal ties between local voices and passionate audiences, it shouldn’t have been at all surprising that Kirshbaum’s termination was going to come with blowback. In a market as competitive as Portland, will it turn out to have been worth the goodwill Saga appears to have squandered, regardless of who wins once this whole process plays out?

*In southern CONNECTICUT, it’s Connoisseur making the cuts this week – as many as a dozen people at its Milford-based cluster, reportedly. 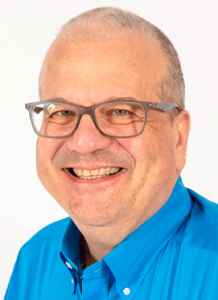 Tony Reno, who’s been hosting weekday mornings and the Sunday “Italian House Party” since 2007 on WICC (600 Bridgeport), survived WICC’s ownership changes from Cumulus to Connoisseur, but now he’s gone from the news-talk station, where mornings are now “Melissa in the Morning” with Melissa Shetekoff. Al Warren, who’d been doing an oldies show on Saturdays, is also out.

Other cuts at the cluster include John “The Wigmaster” Griffin, whose tenure with WPLR (99.1 Hamden) and later WYBC-FM (94.3 New Haven) goes all the way back to 1976, including stints as PD and afternoon host, where he became famous for his Friday afternoon “Wig-out” on WPLR. Griffin had been hosting an hour of middays on WPLR, most recently.

We’re also hearing about cuts in the sales department at several of the Connoisseur stations.

*A veteran Waterbury broadcaster has died of COVID-19. A Vietnam War veteran, Bill Raymond spent many years at WATR (1320) and WWCO (1240) in Waterbury, working in sales, on the air and as a station manager. Later, he moved into TV, working at WTIC-TV (Channel 61) until his retirement.

Raymond was 76 when he died May 13 at Waterbury Hospital.

*Kandy Klutch was the air name of Nancy Ann Froelich, whose radio career spanned four decades and thousands of miles, including a stop in the 1990s as music director of WKSS (Kiss 95.7) in Hartford. Klutch later worked for All Access, for WIOQ (Q102) in Philadelphia, for stations in New Orleans, Washington and St. Louis, for XM Satellite Radio and for Nielsen. Klutch had been fighting serious illness for several years before her death May 15.

And we note, belatedly, the death April 30 of Daniel Blume, a West Hartford attorney who also had a side career as a broadcaster. Starting at UConn’s WHUS, Blume later hosted a jazz show on WBMI (95.7, now WKSS), and later hosted a talk show called “Sports – The Legal View” on the Enterprise Radio Network. Blume, who was 89, died of COVID-19, just a few weeks after his brother Gerald Blume, better known as “Judge Judy” announcer Jerry Bishop. 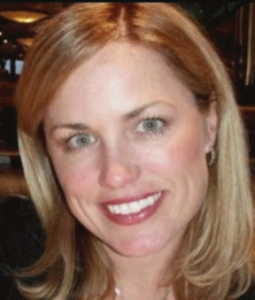 *A heartbreaking obituary from MASSACHUSETTS: Donna Morrissey began her career working the assignment desks at WCVB (Channel 5) and WBZ-TV (Channel 4) in the 1990s before moving into public relations. Was there ever a PR assignment more challenging than representing the Archdiocese of Boston during the revelations of the abuse scandals? Morrissey handled that job with aplomb, then moved over to the American Red Cross.

That’s where she was working when she took ill with COVID-19 a few weeks ago, and she chronicled her fight against the disease as it took a turn for the worse, landing her on a ventilator. She didn’t make it, and she was just 51 when she died Friday, dearly missed by those who worked with her all over New England media over the years. (And yes, that includes your editor, who worked across the WBZ newsroom from the TV desk in the mid-90s.)

*One more bit of MAINE news: at Townsquare, Sarah Dobbins gets promoted from director of sales to regional VP of sales for the Portland, Augusta and Portsmouth, NEW HAMPSHIRE markets.

*In eastern PENNSYLVANIA, when Forever Media bought WQIC (100.1 Lebanon) a few months ago, it was a good guess that the company’s signature “Froggy” country format would be making an appearance in the market before long, and even more so once the station changed its calls to WFVY.

The final shoe (frog foot?) dropped Tuesday morning, as Forever ditched the soft AC format that has been a WQIC staple for decades, replacing it with “Froggy Valley 100.1”

Will Forever’s corporate “Froggy” find traction against the existing country giants in the markets that flank it, iHeart’s WRBT (Bob 94.9) in Harrisburg and Cumulus’ WIOV (I-105) in Ephrata/Reading? And will anyone step in to fill the AC void that the former WQIC left behind?

*Just outside of State College, Magnum Broadcasting is selling an entire cluster of stations to Schlesinger Communications, which has its own AM/FM pair, WSQV (92.1)/WBPZ (1230) not far away in Lock Haven.

Up in Tidioute, Calvary Chapel Russell is selling WGIP (89.1) to Family Life Ministries for $10,000 and the forgiveness of a loan. WGIP held a construction permit, which expired in April, for a big power boost that would have extended its signal reach all the way south to the I-80 corridor and Clarion, picking up coverage to the southwest into Oil City and Titusville along the way.

*In NEW JERSEY, JB Wilde is inbound as director of content (what we used to call “operations manager”) for Townsquare’s stations in Monmouth and Ocean counties. Wilde’s NERW-land stops have included WKSS and WKCI in Hartford and New Haven; at Townsquare on the shore, he’ll oversee WOBM-FM, “94.3 the Point” WJLK, classic rock “105.7 the Hawk” WCHR-FM and “Beach Radio” WOBM/WADB, where he replaces Steve Ardolina. 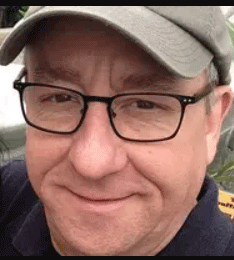 *At iHeart’s Albany, NEW YORK cluster, there’s a personnel shuffle that’s returned longtime programmer Randy McCarten to AC “River” WRVE (99.5 Schenectady). After 23 years with the cluster, rising to SVP/programming and PD of WRVE and sister station WTRY, McCarten was ousted in January’s round of iHeart staffing cuts. On Tuesday, he’ll be back in the saddle as host of “The River Morning Show with Randy McCarten” – but his return comes with the exit of the current WRVE morning team, Jason Howard and Tracy Villaume.

In Buffalo, the veteran voice of the Bills won’t be heard any longer on the daily “One Bills Live” show that’s simulcast in middays on Entercom’s WGR (550), as well as WROC (950 Rochester), and on the MSG Network. John Murphy says his contract with the show was ending, and so he’s leaving hosting duties there to Chris Brown and Maddy Glab. Murphy will continue to call the Bills games whenever the NFL resumes play, also on WGR.

*It was delayed by the onset of the pandemic, but CANADA‘s biggest market now has one of New York’s biggest syndicated shows. Stingray’s CFXJ (Flow 93.5) had planned to launch Premiere’s “Breakfast Club” in morning drive back in March, but instead it kept Blake Carter and Peter Kash on mornings for two extra months to provide local information to Torontonians.

But that was never meant to be more than just a temporary move, and last Tuesday Flow moved Carter and Kash to afternoons and launched “Breakfast Club” in mornings, just in time for the big Joe Biden interview that made national headlines a few days later. Will a US-based morning show make a dent north of the border?

*The pandemic has also delayed the launch of Torres Media’s new country station at the foot of Lake Simcoe. CKOU (93.7 Georgina) was planning to launch Sunday, but the station says the lockdown and economic slowdown made it impossible to finish hiring a staff and building out studios.

“K-Country” now hopes to make its launch by mid-July, at what would normally be the height of tourism season up north.