*We’ve hit the doldrums of mid-August, and even here at NERW Central our minds have been on other things – getting in whatever travel and vacation is still possible in this unusual summer, starting work on the brand-new 2021 Tower Site Calendar (read on to find out how you can be one of the first to order and save!), and so on.

(It’s even possible we’ll take a Monday off at some point before August is over – follow us on Twitter and Facebook and we’ll let you know.)

In the meantime, though, it’s OK that we’ve mostly been staying close to home, because the first full week of August brought a bunch of changes on the Rochester radio scene, especially at iHeart’s local cluster, where the news included a new senior manager, a new afternoon show and a slight format change. 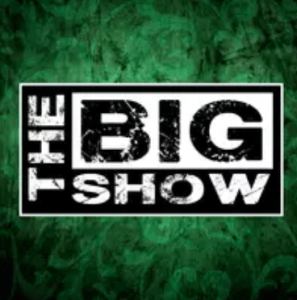 The new show, first: “Radio 95.1” (WAIO), the unusual station that’s usually listed as a classic rocker but is really a local hot talker for most of the day, launched its replacement for the fired afternoon team of Kimberly Ray and Barry Beck on Thursday. “The Big Show” brings comedian Earl David Reed back to Rochester from Cumulus’ WQXA (105.7) in York, Pennsylvania, where he’d been doing mornings. (Reed had worked here at WCMF, and his career has also included stops at WPLR in New Haven and several stations in Salt Lake City.)

A three-person afternoon show? Yes – it teams Reed with two former iHeart employees who have now returned to the cluster: Megan Carter had been on WKGS (Kiss 106.7) and Pat McMahon had been on WDVI (Mix 100.5) and Syracuse’s WYYY (Y94) until iHeart started cutting back in January. (WDVI was also the week’s format change, shifting from hot AC to mainstream AC.)

And upstairs in the management suite, iHeart hired Tias Schuster as the new senior VP/programming for its Rochester, Syracuse and Binghamton stations. Schuster’s been here before, as a PD at WDVI and WKGS, and his hiring marks another return from the January cuts, when he was let go from the SVP/programming post at iHeart in Norfolk, Virginia.

*Another voice silenced by the January iHeart cuts is also returning to the air, but working for a new employer: Cory “Kobe” Fargo starts this afternoon as the new 3-7 PM host at Stephens Media Group’s WZNE (94.1 the Zone). Kobe had been PD/afternoons down the road in Syracuse at iHeart’s WWHT (Hot 107.9) until January, and he’s been here in Rochester before, at Entercom’s WPXY. On the Zone, he replaces Shane Allen and Mark Maira, who’d been doing afternoons as “The Gentleman’s Club.”